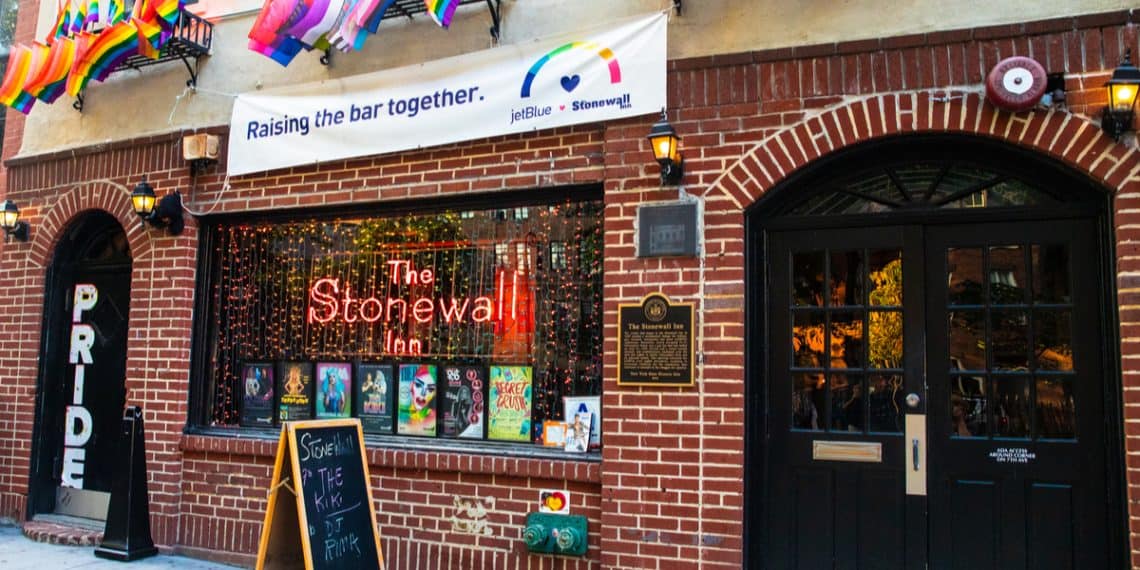 Happy Pride Month! June is the time we celebrate all of the queer community. Though there is still an endless list of obstacles the queer community has to deal with, such as Donald Trump’s attempts to make it legal for doctors and employers to discriminate based on gender and sexual identity. The LGBTQ+ community has come a long way. With landmark decisions such as the legalization of gay marriage, or the Supreme Court’s recent verdict that discrimination of the basis of sex extends to transgender and gay individuals. And with major steps forward, now is the moment to look back at earlier activists who helped us get here today. Pride month would not exist if it weren’t for the riots at Stonewall in New York City.

The Stonewall Inn riots were three life-changing nights in queer history. Starting on a Friday night and continuing through a weekend in June 1969, the Stonewall riots are some of the best known, but least understood moments in queer history. There are tons of different accounts of what happened that weekend. Following the first night of rioting, crowds gathered to protest discrimination lead by queer trans women. It is an event everyone should know, not only because it shamed queer history, but because it shaped American history.

Stonewall Inn was a gay bar in Greenwich Village. It, like other gay bars in New York, was often a target for the police. The owners of the bar paid off the local police to keep from being raided. But a neighboring police district caught on and decided to raid the bar. Bar patrons, predominantly trans women, resisted arrest, while a crowd of hundreds gathered outside. The outside crowd heckled the police and threw pennies at them. In response, the police hid inside the bar. Rioters began throwing bricks threw the windows along with a garbage can they had lit on fire. Along with the violence, there were many reports of dancing and singing amongst the protestors. The crowds eventually dispersed around four in the morning. But the riots continued the following two nights.

The Stonewall Inn diverged from any other independently owned and run bar around New York City. It was owned and run by the Mafia. This is largely because the Mafia was one of the only groups willing to serve those in the queer community. But being a Mafia bar lead to a lot of problems, mainly in lack of regulation. Drinks were constantly watered down, the bar had no liquor license, and there was less than ideal cleanliness. Nevertheless, many people in the queer community agreed it was better to deal with a corrupt bar that served as a community meeting place, than to have nowhere at all.

Marsha P. Johnson was a genderqueer drag queen remembered for her activism and tenacity. Many people believe that she was the person who started the Stonewall riots by breaking a shot glass, also known as “the shot glass heard around the world.” This, however, is entirely inaccurate. According to accounts of those at the bar, and accounts by Marsha herself, she didn’t arrive at Stonewall until later in the evening when the first riot had already begun. But that doesn’t mean that she wasn’t still an important participant. Johnson was named by other rioters as being on the front lines against the police. Along with her participation in the riots, Johnson had a lifetime of work in queer activism. She helped in organizations like the Gay Liberation Front and Street Transvestites Action Revolutionaries (S.T.A.R).

The thing we know best about the Stonewall Riots is that we don’t really know anything. There is no entirely accurate representation of what happened. That night back in 1969 was chaos. Most of the rioters were drunk, so finding an exact account of what happened is nearly impossible. Though there were many witnesses, whether participating or watching the event, their stories contradict each other. There are a few facts we can be sure of. But, for the most part, the first night of riots is a mystery.

Before we had the pride parade, and a whole Pride Month, there was the Christopher Street March. This first occurred in June 1970 on the anniversary of the Stonewall riots. People marched down the street where the Stonewall Inn used to be to protest the ongoing discrimination against queer individuals. Along with the march on Christopher St., marches took place that same day all across the country in cities like Los Angeles and San Francisco in remembrance of what happened.

Stonewall After the Riots

The riots damaged the building where Stonewall stood with broken windows and fire damage. Stonewall reopened in the early 70s, but didn’t remain open for long. The original location of Stonewall (51 and 53 Christopher St.) hosted many other businesses over the following years including a shoe store and a bagel shop. After twenty years Stonewall returned to its position as a gay bar on Christopher St. In 2000 the National History Landmark Association declared Stonewall a Historic Landmark. As the first historic landmark in American history dedicated completely to the LGBTQ+ community, it emblemizes a huge step forward. Today the bar remains in its place in Greenwich Village, welcoming all queer individuals.

For books with more information on the history of Stonewall check out The Stonewall Reader edited by the New York Public Library, or read Martin Duberman’s book, Stonewall: The Definitive Story of the LGBTQ Rights Uprising that Changed America.

How to Navigate a Crowded Bar in Nyc

Top Ten Fish Bowl Drinks You Can Only Find in Nyc

The Best Ways to Respond to Your Friend Coming Out

7 Amazing Cocktails for Summer to Impress Your Guests