Why The Chrysler Building Is Significant For New York

For Nearly a Century, the Chrysler Building Has Been an Important Architectural Structure in New York 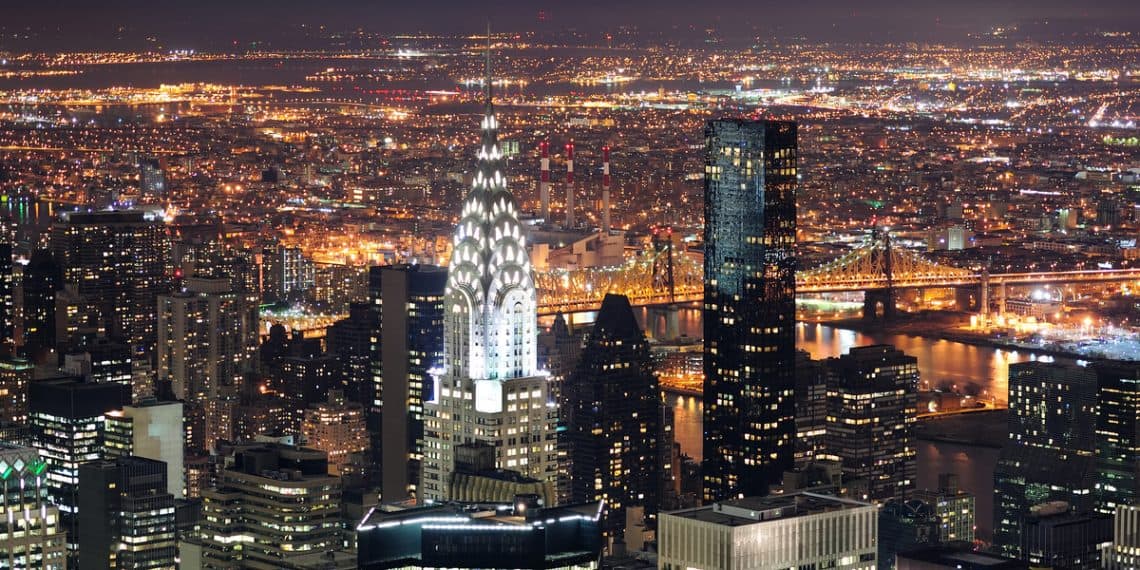 The Chrysler Building is one of the most recognizable buildings in the world. The famed structure is located at the intersection of 42nd and Lexington. It stands adjacent to Grand Central Terminal on the east side of Midtown Manhattan. The early skyscraper is a nearly century old National Historic Landmark. At this time, the building is for business offices and only welcomes tourists in the lobby. It is an esteemed piece of architecture and one of the most coveted sight of the Manhattan skyline. There are many reasons why the Chrysler building is significant for New York City.

The Height of the Chrysler Buiding Is Notorious

The Chrysler Building is Representative of an Era

The economic growth of the 1920’s contributed to a “roaring ” consumer culture. Consequently, the Chrysler Building is a direct reflection of the era’s booming prosperity. American industrial capitalism encouraged many elite businessmen of the time to use their affluence to convey their stature through architecture. Walter P. Chrysler was among these wealthy businessmen. Thus, after starting a successful automobile manufacturing company in Detroit, Chrysler exploited his newfound prominence to highlight his high social status. He hired renowned architect, William Van Alen, to design a seventy-seven floor skyscraper. The architect was to spare no expense in designing a building which would celebrate the aesthetic of the automobile. As a result, the building was to be a standing Chrysler automobiles advertisement and home to the their corporate headquarters.

See also: What Foods Is New York Known For Internationally

The great skyscraper race characterized the prestige of the Chrysler Building. It was a race for height, distinction, and credibility. Many were in the race for the title of the tallest building in the world. But it was Van Alen and his former business partner, Craig Severance, that were in the fiercest height battle. After Severance’s Bank of Manhattan Trust tower reached its full height, Van Alen pulled out his secret weapon. It was a 185-foot spire secretly constructed and assembled inside the Chrysler building. The spire was lifted through the top, and Van Alen was able to claim the title of world’s tallest building.

The distinctive elements of the Chrysler Building’s architecture contribute to its notability. The Chrysler Building’s architecture is heavily influenced by art deco. Art Deco is an aesthetic movement in the visual arts that began in the early 20th century. The movement flourished in New York City during the 1920s and 1930s. Art deco combines luxurious materials, exquisite craftsmanship, and geometric shapes. The Chrysler Bulding is the epitome of modernistic art deco forms. With its stainless steel decorative metallic ornaments and oppulent red marble interior walls, this iconic structure is a reflection of the era’s spare no expense mentality. The winged radiator caps are meant to represent gargoyles. But its signature element is the seven-tiered, stainless steel crown. The crown boasts triangular windows on each setback, leading up to the giant metal spire. However, the building’s dramatic illumination makes it particularly captivating at night.

The Chrysler Building maintains its prestigious significance for its height, history, and architecture. As a paragon of the art deco style, the building is a major patron to the charm of a romantic New York City skyline.

How to Effectively Deal with Sexism in Your Workplace

What You Can Do When Working In A Toxic Work Environment