The Best Shows on Broadway 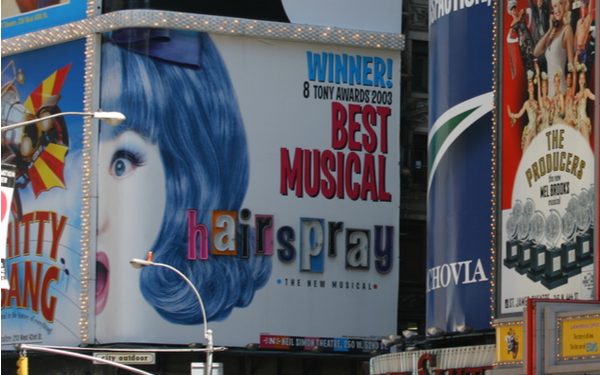 There are a century worth of musicals that have premiered on Broadway. They have made us laugh and cry or sing and dance. And they are a staple on New York City and its culture. While the vast majority of musicals that premier flop, many of them have stood the test of time. These productions have been running for years, or turned into movies, or won tons of awards. While Cabaret the musical is one of our all-time favorites, there are also a bunch more you should go out and see.

Cabaret exquisitely combines settings and stories to create this groundbreaking musical. Set in Berlin just before the start of World War II, the Cabaret musical captures a life a sex and performance that would soon be shut down. It depicts ostracized groups such as sex workers and the queer community. Its setting makes it both fun and terrifying. This musical is jarring in the best way possible. Plus it has an amazing soundtrack.

Chicago has a similar sex appeal as the musical Cabaret, but takes it in a different direction. It is loosely based on a true story of two women who got out of jail by sensationalizing themselves to an all-male jury. This musical is dark, sexy, and somehow empowering.

This is a classic which does not need extra hype, but we are going to give it some anyway. If you want to cry for two and a half hours over dead French people, go see Les Mis. The movie can’t even compare to the passion and perfection of the staged musical. If you are stuck at home you can go stream the 25th anniversary staged version, or go read the original Victor Hugo novel. Les Miserables is one of the best musicals of all time.

How could you not love the musical that swept the Tony’s in 2015? It is a beautiful combination of history, art, and storytelling. Hamilton confronts pressing social issues in America such as immigration and racism. We are all waiting for the filmed version of the original cast to premiere on July 3 on Disney+. Hamilton shifted the way we think about theater, and the way it is performed.

Although Hairspray is not the most nuanced musical, it does directly confront issues of oppression. Tracy Turnblad deals with body positivity while trying to help end segregation. This is a musical to make you feel hopeful about the future, and the possibility of social change.

Phantom of the Opera

It is the longest-running Broadway musical for a reason. And that reason is, it’s amazing. The character of the Phantom is terrible and abusive, but somehow still garners empathy for his pain. Every moment of The Phantom of the Opera is enthralling.

If you like the original Disney movie, you will love the musical even more. The Lion King is the top-grossing Broadway musical of all time, and not even Hamilton has beat it. Disney worked hard to respectfully incorporate African elements into the show, especially in costumes and design. You have never truly experienced the circle of life until you see actors in life-sized animal costumes coming down the aisle as they sing.

Based off of Eva “Evita” Perón, the first lady of Argentina, this musical will make you love and hate her. Evita grows up to be scrappy in order to get whatever she wants. But her endless drive is accompanied by corruption and lies. Her life shows the power that celebrity can hold in terms of public opinion. Whether you love or hate the character of Evita, you will surely love the musical.

Before Hamilton, Wicked was supposed to be the musical of the 21st century, and to some of us it still is. It is all about the power of female friendships and how they shape you over the course of a lifetime. Plus it takes some of our favorite childhood characters and gives them even more depth. Based on the novel of the same name by Gregory Maguire, Wicked reshapes your preconceptions of good and bad, and of how to love someone.

The Book of Mormon

You will laugh until you cry while watching The Book of Mormon. Written by the same people who created South Park, this musical satirizes Mormonism, and all religion. It makes you rethink your notions of religion and culture, and how the two fit together. Plus the songs are extremely catchy.

Kinky Boots is for the queers in the best way possible. It is very loosely based on a true story of a man who altered an old shoe factory so it could produce shows for drag queens. The musical tackles gender and gender identity, and how we are shaped by preconceptions of the gender binary. Plus there was a time when Brendon Urie, one of our favorites in the queer community, starred in Kinky Boots. If you want a famous queer musical, but aren’t ready for Hedwig, Kinky Boots is amazing.

This is Lin Manuel-Miranda’s original masterpiece. In the Heights is a rap musical that centers on a poor hispanic community in New York City. It eloquently tackles issues of race and poverty faced by hispanic minorities in America.