How to Navigate a Crowded Bar in Nyc

NYC is full of amazing bars, but it's also full of obnoxious bargoers. Here are some ways to make it easier. 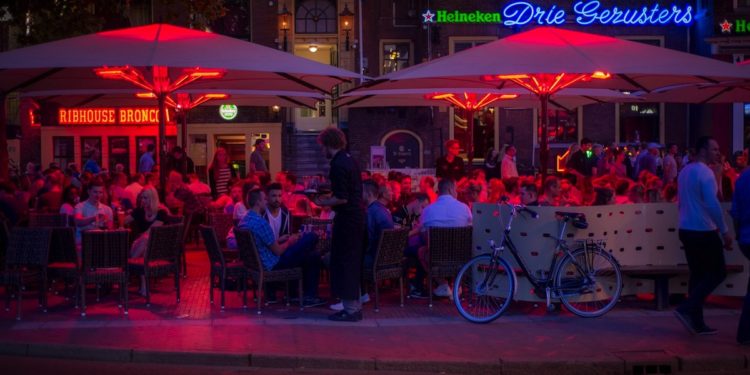 New York City is a big, loud, crazy, exciting, fun, adventurous place. I could go on, but you get the point.

NYC is a great place to meet people, try new things, and have the time of your life.

But, one of the best parts of the city? You can get a drink pretty much any time of the day.

And, that makes sense. New York City is full of booze-hungry partiers looking for the quickest way to the bar.

So, to accommodate…the five boroughs need to be full of bars, clubs, cocktail lounges, speakeasies and more. You name it, the city has it.

But, while that is exciting in theory, that also means that the 8,600,000 people in the city are going to fill up these pubs pretty quickly.

And, crowded bars? Well, they suck.

There are very few things worse than being a few tequila shots in and waiting in a sticky, crowded line at the bar. Music is blaring, people are pushing into you, and the bartender looks at everyone before they even acknowledge you’re breathing the same air.

It’s almost enough to turn you off of the NYC bar scene.

But, navigating a crowded bar in NYC isn’t impossible. It takes some patience and a little bit of practice. But, it’s a science, after all. And, once you’ve mastered it, stressful bar crawls will be a thing of the past.

If you want to hit the bar scene, but don’t want to fall victim to the chaos that inevitably ensues, read on. 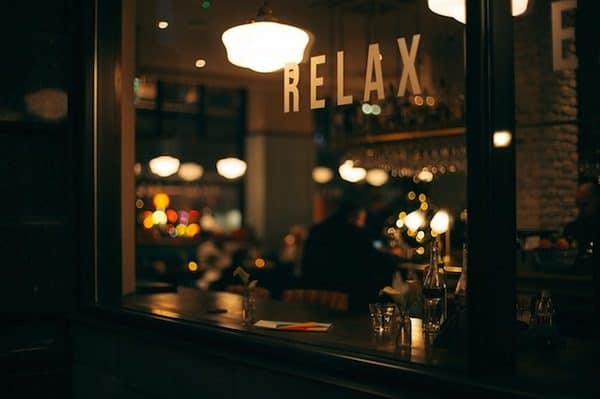 Your best bet when it comes to navigating crowded bars is going as a team.

That might seem counterintuitive. More people, you would think, would make it harder for you to get through to the bar and find your place.

But, in actuality, there is strength in numbers. And, a small team of people can actually push through the crowd much easier than a single person.

Going as a group also gives you the confidence to push up to the bar and order your drinks with finesse and class. It shows other bargoers that you’re a group that they can’t mess with.

Either way, it’s a win-win.

It’s also important to stay cool when entering the chaos that is the NYC bar scene. There’s no room for aggression, irritation, or attitude. Bartenders can smell it. And, as a result, they’ll ignore you as long as they can.

This doesn’t mean you should be so nice that you get pushed around. But, you should make sure you’re practicing your most patient behaviors.

You will get pushed around. People will spill drinks on you. Bartenders will try to help patrons around you.

It’s not personal. You shouldn’t take it personally.

If you do, you’ve already lost and your night is over.

3. Be Confident And Quick

Whether you’re trying to navigate to the bar, away from the bar, to the dance floor, or beyond, it’s important that you show people around you that you know what you’re doing.

It’s very obvious when someone doesn’t know what they’re doing or where they’re going. The anxiety and confusion roll off of them in waves. And, that makes it easier to push them to the side.

You don’t want that.

You need to be confident and quick. You need to have a destination and gently, but with purpose, make your way there.

Similarly, when you get to the bar, you need to know what you’re ordering and demand it.

Be forceful, but don’t be aggressive. This tells the bartender and those around you that you’re not screwing around. And, other people won’t take advantage as a result.

4. Wear Something A Little Flashy

Another easy way to make sure you can navigate a crowded bar is to wear something that people will notice.

Of course, you should still follow the dress code. Otherwise, you won’t get in in the first place.

But, it won’t hurt to wear something a little bright, sparkly, and fun. This goes for men AND women.

Stand out and rock it.

But, be warned — when you stand out, people notice.

And, while this will definitely make it easier to get through the crowd, it also might attract more unwanted attention which could also slow you down throughout the night.

If those situations are easy for you to navigate, then this tip is definitely worth it. 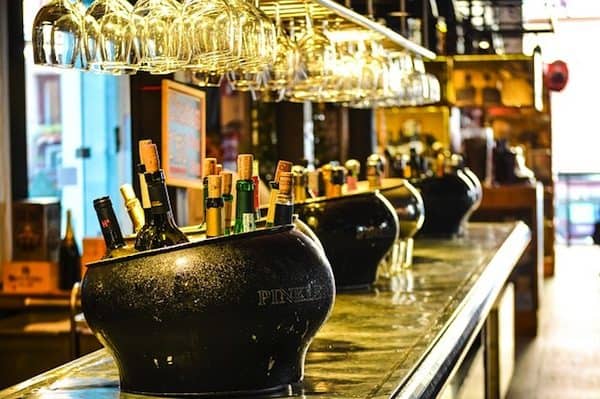 5. Get To Know The Bartenders

If all else fails, it doesn’t hurt to get to know the bartenders.

Regulars get served quicker. The bouncers know who you are too, so they won’t let anyone mess with you.

If you take some time investing in your local or favorite bar, you’ll end up on the invisible VIP list.

This means that you won’t have to worry about any rowdy bargoers. You can get your drinks with ease and you can be confident they won’t be skimping on the liquor.

Nye Events to Attend in Nyc