15 Hit Songs About Escaping From Something or Someone

Songs that will make you want to change your life 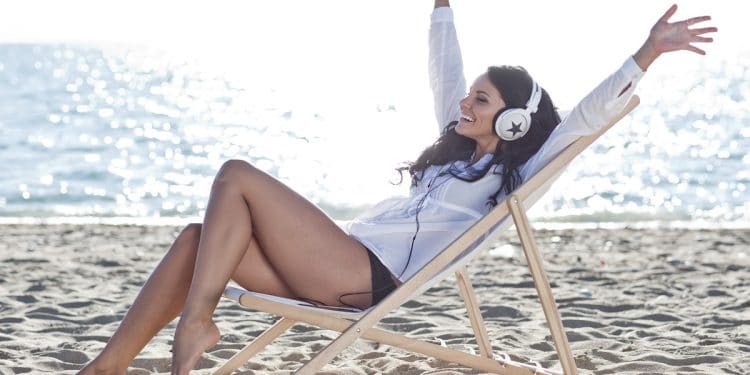 Music in and of itself is its own form of escape. It can take us to different worlds, and give us all the feels. Not only is music a form of release, but there are tons of songs about escape that are major hits. They cover everything from moving, to breaking up, to finding a new sense of self. Whether you want them to raise you up or give you something to cry to, escape songs are great. These are some of our all-time favorites.

Working in a cubicle and living a life of endless monotony can be draining. “Time to Pretend” explores the desire to escape into your own head and leave the trivialities of adult life behind. It is fun to image you’re rich or famous, and there is a joy in pretending.

Better known as the Piña Colada Song, “Escape” is all about that moment when a spark in a relationship dies. Both people in the relationship go looking for something, or someone more fulfilling. They want adventure. This song ultimately ends with both partners realizing that they both have more to offer each other. Though the two don’t actually escape the relationship, they escape the phase that was keeping them stuck.

Although “Don’t Stop Believing” is mostly about keeping hope alive, there is also an inherent desire to escape within the song. It starts with its classic opening on two strangers getting on trains “going anywhere.” This song has stayed popular for so long because it connects with peoples’ desire to find a new life. It is a reminder that sometimes we all need to escape our lives and find something new.

There are tons of people stuck in bad relationships, whether that means physical and emotional abuse, a toxic partner, or just being unhappy. “Elastic Heart” reminds people who are stuck that it is possible to move on from their relationship. It is a song of hope that people can survive problematic relationships and come out on the other side.

“Piano Man” captures the life of someone who is talented but is stuck. Despite a desire to do great things, the characters in the song are all resigned to the lives they have been living for years. The piano man himself is the only one with the potential to escape given the extend of his talents.

People love the arts (music, literature, painting etc.) because it provides and escape from their daily lives. “Drift Away” searches for an escape in rock’n’roll. This song was originally recorded multiple times before Dobie Gray, but his is the most famous version. There are also many covers that have been done since. It is no wonder that this meta song about the need for music has thrived for many decades.

Leaving on a Jet Plane – Peter, Paul, and Mary

“Leaving on a Jet Plane” is the inspiration we all need from time to time. The song demonstrates the desire to pack up and start a completely new life. It is a hopeful look at the possibilities that come when you change your life. It shows how you should go on a new adventure, or take the next step forward in your life.

While you can escape places and people, you can never escape yourself. “Runaway” discusses Kanye’s history of doing bad things and trying to escape who he is, and all his bad decisions. The recent conversation about his bipolar disorder sheds light on the causes of his poor decision making, and how it is sometimes out of his control. Not only is this an important song for those who feel like they aren’t in control, but it also has one of the best music videos of all time.

Gwen Stefani wants to make amends for her past mistakes and recreate a new world. Her “Sweet Escape” includes living happily with her partner in this new world that she has built for them. It combines the idea of escaping from places and relationship, while simultaneously doing neither.

Though “Blackbird” was originally written during the civil rights era in the 1960s, with 2020s resurgence of social justice it remains important. With protest by the Black Lives Matter movement

in the past several weeks in response to police violence, we see how little has changed in the past half-century. “Blackbird” focuses on the African American community finally getting a moment to express themselves and achieve equality. It represents freedom from slavery, housing discrimination, and many more forms of systemic racism.

“I’m Like a Bird” is a perfect song for anyone who feels lost and confused in life. Nelly Furtado has a desire to fly away and change her entire life. The idea of being a bird is a trope throughout many art-forms because it is relatable.

You Don’t Own Me – Lesley Gore

Many individuals have experienced a partner trying to control them. Lesley Gore reminds us that we are in charge of our own lives and no significant other can control what we do. “You Don’t Own Me” is less about escaping and more about staying free. But it captures a desire to escape patriarchal constructs that try to keep women submissive to their male counterparts. Plus if you don’t like Lesley Gore’s version of the song, it was covered by SAYGRACE and G-Eazy in 2015 for the soundtrack to Suicide Squad.

For these artists the escape is not about the destination but the journey. Finding your way to a better life and better self takes a lot of work and time. But that is adventure can be amazing. Taking time to explore your best future is one of the most rewarding things you can do.

For all these songs and more, you can listen to our escape playlist while you read.

Staycation: 5 Fun Ideas With the Kids