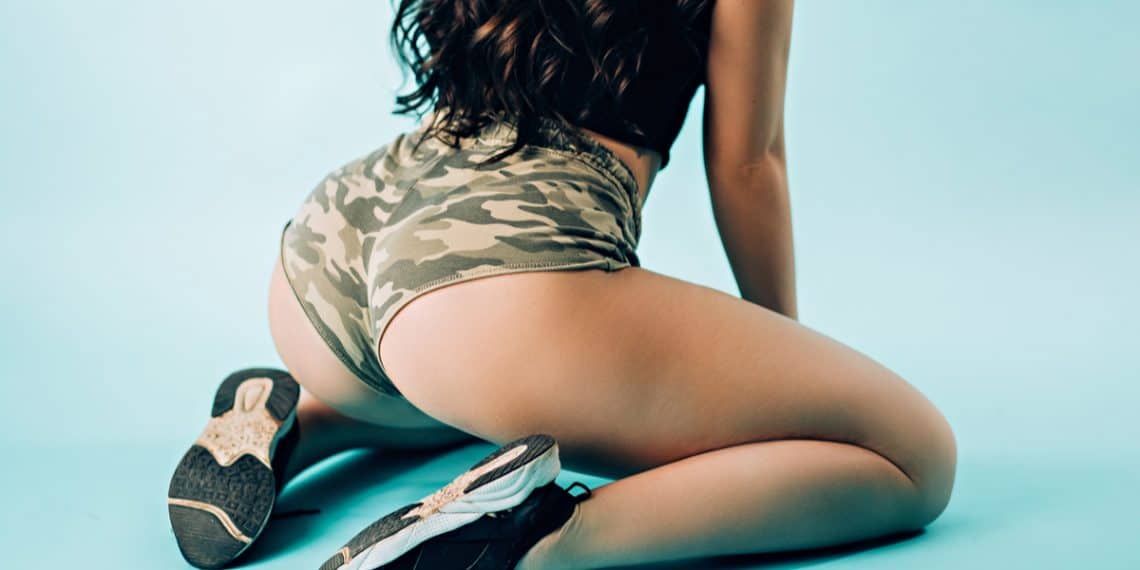 There are a ton of twerking videos on the internet. Every decade has its signature dance style, and I guess “twerking” and “flossing” are our hallmarks. Twerking is defined by Urban Dictionary.com as 1) Something Miley Cyrus should never do and 2) a mating ritual by where you shake your ass up and down LOL. More accurately, twerking is a style of dance that came out of New Orleans (hey) bounce music in the 1980s. In a low squatting stance, dancers thrust their hips back and forth, while shaking their booty (duh).

The dance move is fun for the club and is a good workout as it uses your inner thighs, legs, and core. However, it will not make your butt bigger; sorry girl you still have to do your squats. Below are 9 Twerking videos you gotta see. (Don’t worry none involve grandma at Target getting funky.)

There is a reason why we love/ hate the internet. And these series of dubbed videos of Wednesday Addams dancing give us new life, for sure. Your girl Wednesday goes to turn on the phonograph ( as you do) and proceeds to get turnt with her butler, Lurch, to the inspiration of Lil Jon’s “Turn Down for What.” The dancing from the actual footage of the show works so well with the music. There is also a video for Gangnam Style. Share with anyone who needs a bit of a pick-me up!

You have likely seen on of Lexy Panterra’s twerking videos, which are highly hypnotic! Seriously, it’s hard to look-away with the masterful way she moves her body. Not to mention, her legging game is on point. Where we can we buy??? She is a Twerking Artist. However, she is recently distancing herself from her twerking and how-to videos to pursue a career in rapping (okurrr). Her net worth as of 2019 is estimated at $750,000. So good news: you too could make a career out of your club moves. Lexy now goes by Virgin Lex, you know because she’s been reborn…. Here is her insta.

All hale Queen B. No one knows how to twerk like Beyonce. We will leave you to decide who is the best queen in twerking: Beyonce, Rihanna, or Nicki Minaj. In the meantime, enjoy “7/11” from Beyonce’s fifth studio album Beyonce (2013). This video has a fun home video feeling; it was partially shot with a selfie stick. We love the girl gang of Beyonce’s tour dancers twerking in their sweatshirts, underwear, and socks ( so relatable).

Cardi B is a force to be reckoned with. If you haven’t already, catch her acting debut in Hustlers. The film should have won an Academy Award, but that’s another story. Cardi B was raised in the Bronx. She got her start on VH1’s Love & Hip Hop: New York. “Twerk” is a song by Cardi featuring the hip hop duo City Girls. Cardi dons a painted cat suit and the video is shot on what looks like a twerking island in Miami. It’s like the Olympics of twerking, impressive.

If you are going to learn to twerk: learn from a professional athlete. Serena Williams does a how-to twerk video for Self Magazine. Don’t for you can transition into “the wind.” You have got to check-out Serena in Beyone’s “Sorry” for a full scope of Serena’s champion twerking abilities. Serena is the highest paid female athlete.

Yes honey! In RuPaul’s Drag competition, contestants dance to Dolly’s “5 to 9,” with a minor revision. The song is “Twerking 9 to 5.” The innuendos do not disappoint. So much fun!

Ballet dancers can do all forms of dance. Have you ever seen twerking en pointe?!? Anyone who has any ballet experience knows how crazy hard that must be. There is a new culture of dance called hiplet, a combination of hip hop and ballet from the Chicago Multicultural Dance Center, first coined in 2009. Super cool.

Twerking began in New Orleans with the Bounce dance scene. Bounce is the music of the streets. Big Freedia is the queen of Bounce. Freedia has done collaboration videos with DJ Snake, New Kids on the Block, and others and is an advocate for the LGBTQ+ community. Freedia identifies as a gay man and prefers the her pronoun. Also, for your schooling in Bounce, check-out the late Magnolia Shorty. This video incorporates some of her late music. Big Freddia provided vocals for Drake’s “Nice for What.”

To peep another great artist making waves, be sure to Read How Old Is Lizzo? and Other Question We Have About Her.