Cure your boredom with some of the best feel good shows to watch on Netflix!

Due to COVID-19 and the stay at home orders, it's clear we're all going a little bit crazy. However, one thing that does help keep me busy is watching feel good shows on Netflix. I think it's safe to say I've binged watched more during quarantine than I have in my entire life!

If you're looking to keep yourself busy but unsure as to what to watch, don't worry. I've done all fo the work for you and comprised a list of some of my favorite (and fan favorite) feel good shows on Netflix that will keep your boredom low and your spirits up!

I decided to start off this list with one of my favorite Netflix shows of all time. If you're unfamiliar with Queer Eye, it is a reboot of the Bravo series of the same name which originally aired in 2003. This show is the perfect blend of everything that makes you feel good!

The basic premise of the show is an individual gets a complete life style from the “Fab 5” experts in food, grooming, pop culture, fashion and home decor! The show is filled with life lessons and emotional moments and reveals that leave you feeling better than when you started watching it!

Quarantining with your best friend/roommate? Then this is the show for you! Grace & Frankie is a Netflix show that is jam packed with only the most iconic actors of different generations: Jane Fonda, Lily Tomlin, Sam Waterston and Martin Sheen!

This show tells the tale of two woman who could not be more different from each other. They learn to grow and love each other while navigating through life changes such as divorce, aging and death! I've learned some great life lessons while watching this show! Oh, and I binge watched all of it in a week!

Whether you were rooting for Ross or Rachel or Monica and Paul the Wine Guy, one of the best things about this show is how invested you get. The writing, the jokes and the chemistry between them all really makes you feel like you are apart of the gang, hanging at Central Park!

Another one of the cult classics of Netflix shows is The Office. If you've never seen The Office – what are you doing with your life?

The Office is one of those shows filled with everyday workplace humor that I'm sure we can all relate to! Featuring an all-star cast with people like Steve Carell and John Krasinksi, it's hard to pick just one favorite episode!

This show might get the reward for one of my favorite casts of all time! With amazing comedians like Amy Poehler, Aubrey Plaza and Chris Platt, it's going to be hard to stifle your laughs!

This show takes place in the fictional town of Pawnee and tells the story of Leslie Knope (played by Poehler), a director for the parks and recreation department. With additional amazing actors like Adam Scott and Rashida Jones, I wouldn't be surprised if this became your new favorite show!

It's not easy to successfully pull off a spin-off series. Especially when it's airing 20 years later! Get ready to get nostalgic with everyone's favorite TV family with Fuller House (we've all owned the box set at one point)! One of the best things about this show is the fact they did decide to keep many of the original cast members instead of replacements!

The main trio consists of Candace Cameron Bure as DJ Tanner, Jodie Sweetin as Stephanie Tanner, and Andrea Barber as Kimmy Gibler. With a reoccurring cast of many of the originals such as Bob Saget, John Stamos, and Dave Coulier, it'll really feel like you never missed a day in the Tanner household!

If you're looking for a show that will simply crack you up, then this is it! Schitt's Creek is one of the only original Netflix shows that really does humor right! It stars cast members Eugene Levy, Catherine O'Hara, Daniel Levy, and Annie Murphy playing the Rose family.

Formerly extremely wealthy and somewhat spoiled, the family finds themselves broke and is forced to move to Schitt's Creek, a small town that they had originally purchased years prior as a joke. As they adjust to everyday life, they definitely have their ups and downs!

New Girl may be in my list of Top 5 Netflix shows of all time! Originally airing on Fox, this sitcom has an amazing cast consisting of Zoey Deschanel, Jake Johnson, Max Greenfield, Lamorne Morris, and Hannah Simone.

The show tells the story of Jess, a women who has recently gone through a breakup and moves into an apartment with 3 guys. Through their friendship, they navigate adult life such as career decisions and relationships!

I've decided to end the list on another one of my absolute favorite Netflix shows! Unbreakable Kimmy Schmidt has one of the more stranger plotlines that I've seen, but it pulls it off perfectly!

This show tells the story of Kimmy Schmidt, a woman who was kidnapped as a teenager by a cult leader and kept in a bunker underground. She suddenly finds herself free and living and navigating through her new life living in New York City! 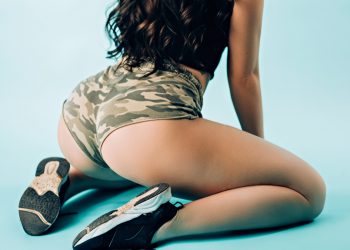