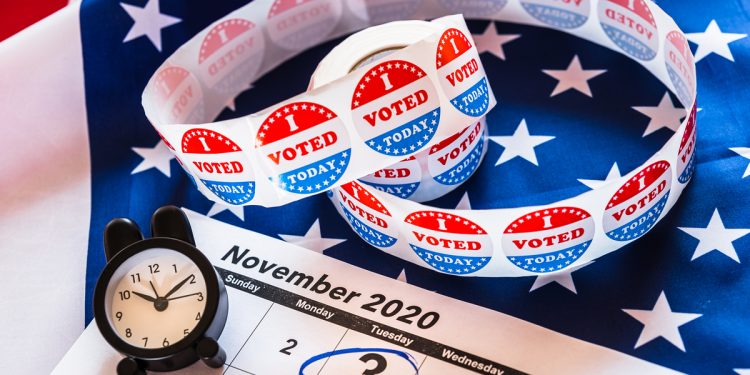 November is right around the corner, and that means major changes are coming (hopefully). With everything going on in the world right now, voting might seem like the last thing you want to do. But it is more important now than ever. And it is always your responsibility to vote, and to ensure a better future for your community. The lead-up to the next presidential election is sure to be full of intrigue. Though Biden is far ahead in the polls, it is unclear what voter turnout will be given the outbreak of coronavirus. If you are voting this fall (and you should) there are some things you need to consider. Here is what you should think about in anticipation of the election this November.

Vote by mail has been a major buzzword in the news recently. Due to the changes brought on by the coronavirus, vote by mail is an increasingly popular idea. Many states had vote by mail systems long before 2020, though the extent to which programs exist varies state to state. New York had fairly strict policies on vote by mail ballots before 2020. Residents were required to mail in an application requesting a mail-in ballot. This system is currently being overrun with tons of applications during the crisis. It is unclear how many improvements or changes to the system will be made in the future. If you are in another state there are websites where you can check if you are able to vote by mail.

The current vote by mail system is in a state of chaos depending on where you live. But mail-in ballots will be more important in the next presidential election than ever before. It is a good idea to find out now if you can vote by mail or not.

Donald Trump, of course, still has Mike Pence. Pence is a stronghold of conservative values, who supports conversion therapy and defunding PlannedParenthood. It is easy to see this dystopian existence we live in being extended by a Pence presidency.

Joe Biden, on the other hand, has yet to pick a running mate. He is trying to pick a female vice with current choices such as Stacey Abrams, Kamala Harris, or Elizabeth Warren. His choices are across the board from moderate to leftist in their viewpoints. Who he picks could be the first-ever female Vice President. And she will have a major effect on the future of American history.

You probably don’t need to look as far back as four years ago to see the problems caused by the President, the last few weeks have been enough. From Trump’s denial of Russia’s interference with the military, to his mishandling of coronavirus, to whatever he has tweeted in the last twenty-four hours (it doesn’t matter when you are reading this, it’s probably still true) he has caused a lot of problems. The past four years have held one presidential scandal after another. His presidency has brought an increased rate of hate crime. It has also been the third president in history to be impeached. These past four years have been a nightmare, keep that in mind while voting.

See Also: How to Handle Politics at the Thanksgiving Table

The electoral college was designed to stop certain groups from having a say in the poles. This rings more true when you look at the gerrymandering of districts throughout the United States. It pulls focus away from the majority as we saw with Hilary in 2016 and with Al Gore in 2000. The electoral college puts a heavier focus on swing states, and the distribution of votes, though based on population size, is disproportionate in many states. There are also benefits to the electoral college, such as giving a voice to those who don’t live in densely populated areas. Over the last few years, there are has been a desire on the left to move away from the electoral college. But it is still in place for the next presidential election, and we must deal with it.

Many people only care about the Presidential elections because it, well, elects the next president. But the vote this November covers much more than that. The next election will also cover voting in lower forms of representation, and new laws to be passed. Your choices on ballot measures will affect your life and the lives of everyone in your community. Though they may not seem as important as voting for the next president, they are just as important. Make sure to vote for more than just the next president, vote on all the new ballot measures in your area.