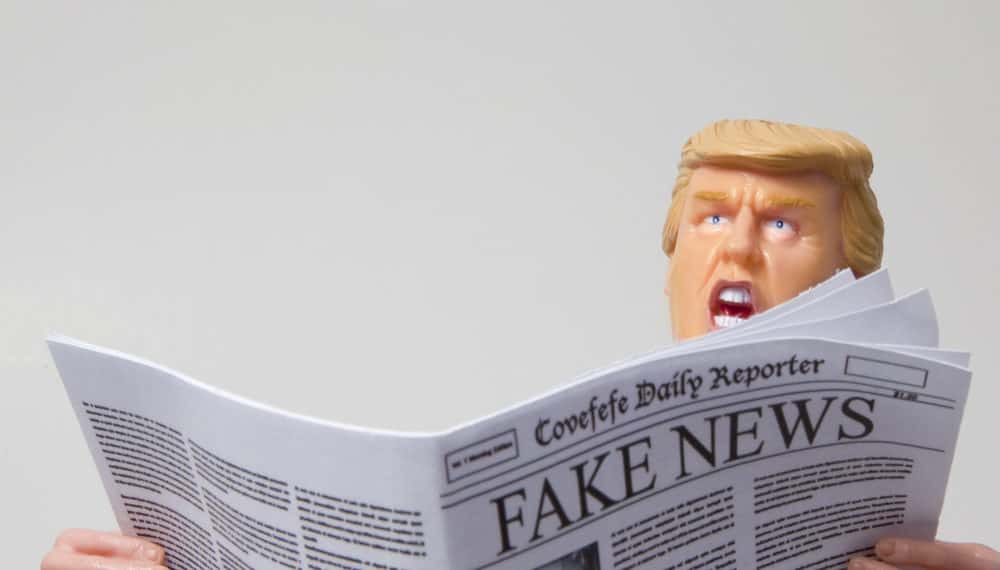 On January 8th of this year, President Donald Trump gave his first speech from the Oval Office. It was, as predicted, riddled with lies, scaremongering tactics, and hyperboles concerning immigration. Luckily, we have the internet, where you can fact-check these things.

Fake news is a somewhat recently coined term by Donald Trump, who on his campaign absolutely loved to bring up his distrust, or distaste, in the media. He has called the press “the enemy of the people”, he called CNN reporter Jim Acosta a “rude, terrible person” and told a female reporter, before she asked a question that, “I know you’re not thinking. You never do.”

Trump seems to be more preoccupied with the media’s “lies” than to fact-check his own. We got you though; below are a list of resources to live check or subsequently after watching Donald Trumps speeches.

Pulitzer Prize-winning, Politifact, has an entire section of their website dedicated to Donald Trump to fact-check his statements. His scorecard, which rates the truth, false and “pants on fire” is alarming. Politifact has estimated that he has lied 219 times, or 34% of the time and only tells the complete truth 4% of the time. It’s shocking, but also not quite.

Trusted news source, NPR, regularly updates their fact checking section and it’s mostly focused on, yes you called it, Trump. This article, that fact checked the presidents oval office speech picked out seven different claims made and corrects them.

For example, Trump said that ICE has arrested 266,000 aliens in the last two years. NPR responded with…

“The president is right about the total number of arrests of immigrants with criminal records that ICE has arrested over the past two years. But that number alone is because many of those of immigrants have very likely committed immigration-related offenses rather than violent crimes as the president is suggesting.”

Furthermore, studies have shown that American-born residents are much more likely to commit crimes than immigrants.

Fact Check ORG is “a nonpartisan, nonprofit “consumer advocate” for voters that aims to reduce the level of deception and confusion in U.S. politics.” Started by the Annenberg Public Policy Center of the University of Pennsylvania, this project even has an “ask” resource, so that users can directly question something they heard or read. Along with politics, there are science and health debunked facts, all related to politics. And another special place, for these website’s favorite, Donald Trump.

Founded in 1994 by David Mikkelson, the website started as a way of finding the facts about “urban legends hoaxes, and folklore.” They value transparency as one of their main priorities and encourage readers to ask questions about certain facts. The website pays their team and contributors to extensively research and finds out the truth about things concerning readers and the US. It isn’t just politics, however. Such as a recent article titled, “Does This Photograph Show a Mother Snorting Cocaine with Her Toddler?” – which turned out to be fake.