Does Cortez have a secret husband even her family doesn't know about? 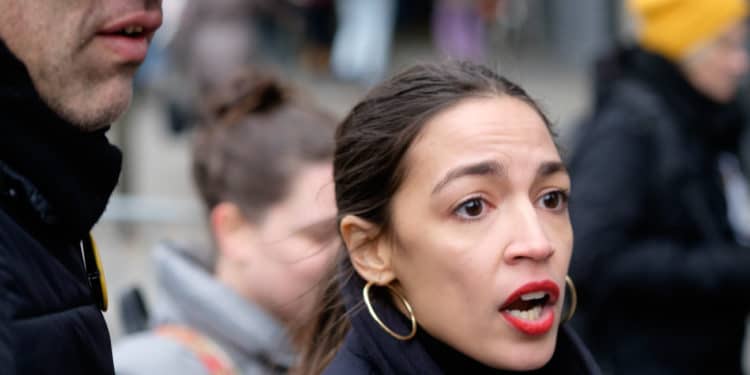 Representative Alexandria Ocasio-Cortez of New York has been the center of media attention for the past year. We have seen her face flashing on our screens through social media and every national news source around. And, although Cortez’s life is highly publicized…could she be hiding a secret? Does Alexandria Ocasio-Cortez actually have a husband?

There have been major rumors flying around about Cortez and her boyfriend, Riley Roberts. Their low-key relationship is actually attracting more attention because of its relaxed no-drama nature. And, a great deal of the spectulation, of course, results from the press trying to dig up some dirt on our polished and firece NYGal, Alexandria. How rude!

But, hold the phone, Cortez’s mom isn’t all that innocent either. She may have focused some attention on the couple’s relationship without really meaning to. In an interview with The Daily Mail, Alexandria’s mother, Blanca Ocasio-Cortez, stated: “I hope they get married soon.” Following this comment, Blanca described Riley Roberts as, “the most loving, supporting person.”

Though, this may seem like a harmless little comment, it definitely made everyone stop, stare, and chatter about the nature of Riley and Alexandria’s relationship. Poor Blanca just wanted everyone to know how much she adored Riley!

Riley Roberts is a web-developer and the head of marketing at HomeBinder.com, a site that aids people in the maintenence of their homes. But, that’s not all! He also works on the side, as a consultant for start-up tech businesses. Roberts teaches these start-ups, with his expertise marketing skills, how to make money while growing their companies.

Roberts is from Boston, Massachusetts and holds two degrees from the prestigious Boston University. Recently, there have been rumors of Roberts starting to make his way into the political world, like his girl Cortez. This is due to his recent relocation to Washington D.C. But, those rumors have been proved false. Roberts is happy living his life in the business of tech and start-ups, where he shines.

The beautiful couple met in college at a conversational event held by the Boston University Dean at the time. Pretty nerdy, but a cute story for the kids…when/if they actually do get married! After meeting at the event, Cortez and Roberts became a couple. However, they we’re on and off- as college couples often are. But, then finally recovered from a college breakup and have been happy ever since.

Why didn’t we know about Robert’s before all this?

Well, like we said, the couple is pretty low-key, like you probably didn’t even know that the feminine power-house Alexandria Ocasio-Cortez even had a boyfriend! Truth is, Roberts doesn’t even have any social media of his own. He’s a pretty chill guy. But, if you’re lucky, you can catch glimpses of Roberts here and there on Cortez’s Instagram. However, as expected, these posts are never anything juicy or telling about their dynamic.

And, you probably didn’t know that Riley actually attended her swearing-in. He is the tall redhead in the back, to the right of Alexandria.

So, what does the future hold for Riley and Alexandria?

The private couple has not publicly made an annoucements about marriage or future plans with one another. While being interviewed for The Daily Mail, Blanca admits, “they haven’t told me anything about their plans.”

If Blanca doesn’t know, then we sure don’t know anything for sure. All we can say is that by looking at the pictures from the media and hearing the testimony of Cortez’s family, the wedding bells will be chiming soon.