New York Gal » How to Handle Politics at the Thanksgiving Table

Hoping to avoid the heated political discussion next Thursday? Here are some tips that might help. 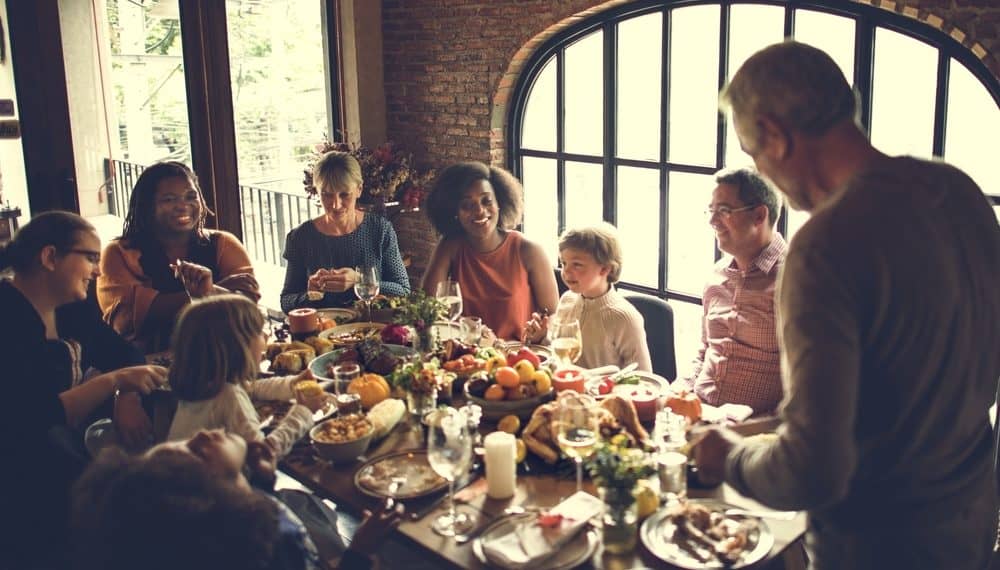 Of course, we love our families. But there’s a reason why most of us opt to see them, especially our extended families, only during the holidays. Our views on the world might be fundamentally different, especially when it comes to politics. Here in NYC, we might feel like we’re in a liberal bubble. But, once we get out of the city, we realize how divided our country is.

I’m truly thankful that my family keeps the holidays small and only celebrate with our immediate family members. I can’t imagine forcing to converse with my distant relatives. However, I know not everyone is as lucky as I am.

A Quick Recap of the Midterm Elections

Like many of my friends and young people (millennials and Gen Z’s) across the nation, I was expecting a blue wave at this year’s midterm elections, especially after the turbulence of the Ford-Kavanaugh hearings. As someone with a younger sister, I feel ashamed that men who have been accused of sexual assault can continue to rise up to power. And, the very same men have the ability to control what happens to women’s bodies.

Even though it wasn’t exactly a blue wave, I’m proud of the fact that the House was flipped, and that we elected the highest number of women into office. A special shout-out goes to New York’s own Alexandria Ocasio-Cortez, the youngest women ever elected to Congress! The night recorded many other historic firsts, including Jared Polls, the first only gay man elected governor, and Rashida Tlaib and Ilhan Omar, first Muslim women in Congress.

But Nonetheless, A More Divided Government!

Although all of those are celebratory milestones, we cannot ignore the fact that our government might be more divided than ever before. Usually, midterm elections are like the nation’s assessment on the current presidents. If both the House and Senate switch to the opposite party of the president’s, it means that Americans are dissatisfied with the White House. If both stay the same party as the president’s, it means that we are content with his work. However, this year’s midterm elections results attest to the fact that our country is very divided in its political views.

This division can loom onto the Thanksgiving table next week, especially if your family is located in the red areas. Furthermore, the younger generation’s views tend to be different than our elders. We are generally more liberal, and more accepting our changes than our grandparents, aunts, and uncles might be.

So, that is why we want to equip you with some tips on how to handle heated political conversations at next Thursday’s dinner.

Roll Back On The Sugar

First, I want to acknowledge how difficult this might be. Personally, as a vegetarian, I go right into all the sweets – cranberry sauce, sweet potatoes with marshmallows, and PIE. Researchers have found that sugary foods sharply heighten your anxiety. When you’re hearing things you inherently disagree with, you already feel pretty anxious.

According to Psychology Today, food that is full of sugar worsens anxiety symptoms and impairs the body’s ability to cope with stress. This is due to elevated blood sugar triggering the release of dopamine as serotonin at first, but them leading to a surge of insulin and then the inevitable post-sugar crash. So, that pumpkin pie might make you scream at Uncle Joe for his racist comments. But, the less anxious and edgy you are, the better you can handle and tolerant discourse.

See Also: What to Wear to the Thanksgiving Table

Has anyone else been a “sober sister” at a college frat party? Or is that only a sorority thing (which I reluctantly admit I was in – woo, Gamma Phi Beta)? The idea of a “sober sister” is that one member is designated not to drink at a party in order to make sure all of their “sisters” are safe. The same concept can be applied to a Thanksgiving dinner.

By now, most of us probably know that alcohol doesn’t help with our woes, but rather worsens them. It is a depressant, after all. So, maybe one or two glasses of wine would be okay, but anything more than that brings you into the danger zone. Alcohol can definitely bring out the worst in anyone, and can significantly worsen an already-heated conversation.

Keep an eye on those family members who are going onto their second or third glass. Try talking to whoever is hosting the dinner about only bringing out one or two bottles of wine, so the guests can strategically ration their own intake. If you see someone drinking too much, make sure they eat carbs, and maybe pour out the rest of the bottle in your glass – but don’t drink it. This way, you’d know no one else is going to get that last bit.

Cleverly Switch The Direction Of The Conversation

I have always been surprised at how some professors and/or colleagues could go off on the most random tangents during lectures/presentations. I remember one professor I had, never failed to bring up his time in the war during almost every class meeting. It had nothing to do with the lecture or the overall class. However, he always snuck it in. I wouldn’t realize he was doing it until a few minutes into the story. Tangents might not have helped me get an A in that class, but they might save you from having a Thanksgiving-gone-wrong.

For example, you might switch the conversation by vaguely relating it to technology. Most likely, there will be multiple generations sitting at the dinner table, each having a different view on technology. Your 10-year-old cousin is addicted to her/his virtual reality gaming goggles, meanwhile, your 85-year-old Grandma Sally still writes letters on a typewriter. Talk about what a society with self-driving cars would look like. Bringing up technology might create a heated conversation, but at least it’s not about politics.

A Hard One, But Set Boundaries From The Start

If you know that a political dispute would be inevitable, set some ground rules from the beginning. Before digging into the food, you might want to say something like, “it’s been one heck of a year. But, in efforts to keep this evening stress-free, let’s keep politics out of our conversations tonight. We barely see each other during the year. So let’s just catch each other up on the happenings in our lives.”

Everyone can probably use a night/weekend away from the news and politics. So, you’d be doing your family members a favor by setting this rule. Talk about your sister’s wedding plans. Or your cousin’s first year at college. Or that new diet your Aunt Barbara is trying out to better manage her diabetes. There’s a ton of things to talk about besides politics.