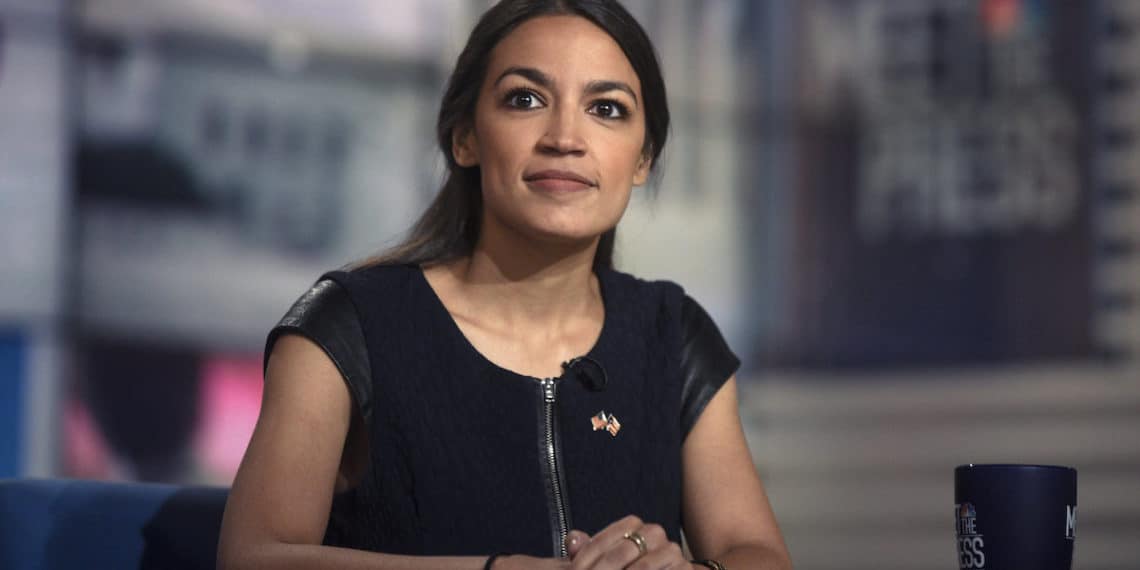 Alexandria Ocasio-Cortez, who was voted in to represent New York’s 14th Congressional District last November, has been answering to a lot of criticism from the right. Ever since winning and gaining attention from outlets such as Fox News, conservatives have been desperately trying to cause outrage about the youngest women to be sworn into Congress.

And, despite their feeble attempts to spread the word as to why they deem her unfit, like their totally unbiased and news-worthy recent headline “Alexandria Ocasio-Cortez, The Voice of An Ignorant Generation” they have failed. Quite miserably.

Ocasio-Cortez won fairly. She accurately represents her district, that is mostly immigrants and has a growing following amongst young women. Of course, all politicians don’t escape scrutiny, yet the barrage of attacks that she has received is unjust. But, like everything Ocasio-Cortez does, she handles all of it with grace- and a smirk. Here are some of our favorite moments she hit back at the weasels looking for “unpolitician-like things” about her.

How DARE a college student have fun! How DARE a future politician dance and joke around with her friends. The absolute shame. Ocasio-Cortez’s college video, one where she and her Boston College friends dance to Phoenix’s song Lisztomania got a lot of attention after it was passed around online. And, apparently not in the best way.

Her response dancing again into her new office and writing on Twitter, “I hear the GOP thinks women dancing are scandalous. Wait till they found out Congresswomen can dance too!”

In a recent airing of 60 minutes, the Congresswoman responded to whether Trump was a racist saying that there was “no question” about it. Following this, the response was, “who cares?”

It didn’t end there.

Ocasio-Cortez took a very similar method of reply to what the president himself does and said “I bartended for *years* in New York City. I understand guys like this like the back of my hand. We got under his skin.”

To make sure it hit him where it hurt, she also mentioned his refusal to show his taxes. Ouch.

Part of Ocasio-Cortez’s plans for after she won included the Green Deal that, “will take a level of ambition + innovation on the scale of the moon landing.” However, comparing the level of greatness of the moon landing to the potential of the Green Deal didn’t sit well with the father of Sarah Huckbee-Sanders. He, obviously, tweeted about this. Maybe he didn’t expect a response- but he got one.

“Leave the false statements to Sarah Huckabee. She’s much better at it.”

See Also: Hope in the Heartland: Is Sharice Davids the Next Political Star?

There’s a small amount of comedy in the re-surfacing of the dancing video. This, however, is not funny and highlights the disparities women face in positions of power. The attempts to “take down” a woman, especially in regards to slut shaming, is disgusting. It should not be happening in 2019, and yet it still is. Ocasio-Cortez was rightfully furious about this and took to Twitter to tell the truth.

Also, even if Ocasio-Cortez did have nudes that were “leaked” by a former boyfriend, this should not give reason for people to question her position or credibility. Who was it again who was vocally open about sexually assaulting women?

A Former Party Member Attacking Her

It started, as many ugly things do, on Fox News. Former Democrat, Joe Liberman, who already has issues with several Democrats, said, about the party’s future, “I certainly hope she’s not the future and I don’t believe she is.”

The Congresswoman replied in the best way: “New party, who dis?”