New York Gal » We Asked the Professionals, What Is Microblading?

NYGal talks to an expert about the ins and outs of microblading. 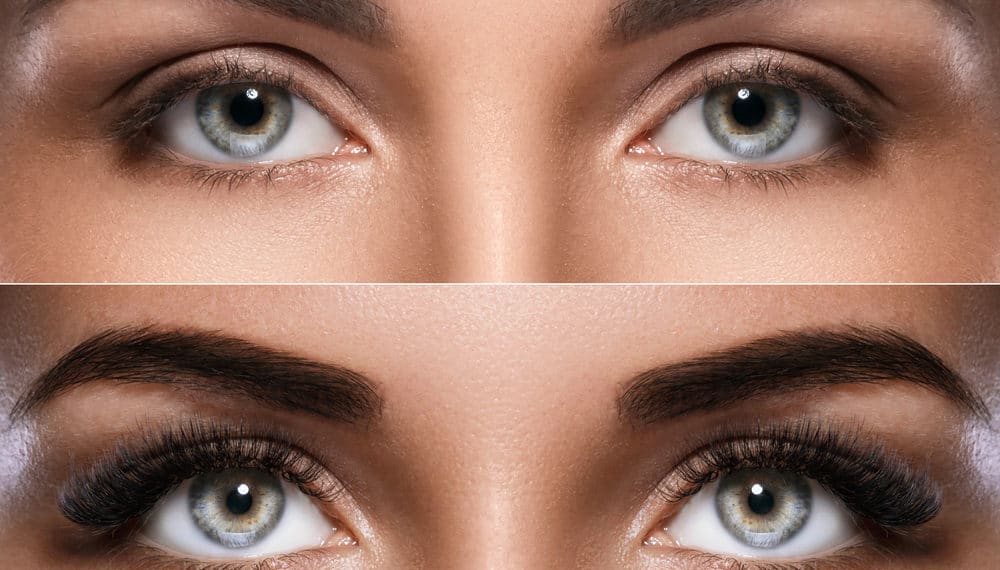 As many a Kardashian-Jenner has more or less declared, we’re living in the age of the thick, dark, and lustrous brow. Gone are the days of the tweezers, pencil-thin brows of 90s-era Drew Barrymore, and hello to the au-natural look of Cara Delevingne, right? But, what is microblading, exactly? And is it for you?

(Well…we’ll get to that later.) But, while the thick brow might be championed as a look that’s wholly natural, it doesn’t mean all of us are blessed with the above-eye facial hair of many a Lily Collins, JD Samson or Solange Knowles. Some of us prefer to splurge on makeup, and some of us go a different route. Enter: microblading.

Unlike other, less-permanent eyebrow treatments like plucking, waxing, or threading, microblading carries the weight of perpetuity. As a permanent cosmetic procedure, these brows, like diamonds, are forever. And, as a relatively recent trend in the U.S., it also comes with its share of risks. So, what are the pros, and more importantly, the cons?

Luckily, there’s no need to stress: let NYGal, with the help of a bonafide expert from one of New York City’s hottest salons, give you the lowdown on all you need to know about microblading.

What Is Microblading Of The Eyebrows?

For the uninitiated, the term “microblading” refers to a permanent cosmetic technique in which designs that resemble natural eyebrow hair are tattooed onto the skin, most commonly on a designated brow area.

Even though it’s called microblading, in no way is anything resembling a knife or scalpel involved: instead of a blade, a tool with a row of sharp needles is drawn across the skin in short but deliberate strokes, resulting in fine, paper-thin cuts imbued with pigment.

When these cuts heal, the outcome resembles fine, deliberate lines that resemble hair. All of this is done in an effort to thicken appearance without making them look like the avenging, demented ghost of Joan Crawford took an ancient sharpie to their face.

While it is generally considered a form of tattoo artistry, microblading differs from the average tat in a number of ways.

The main ones are these: microblading is done manually, as opposed to with your run-of-the-mill ink gun; pigment deposits are made in the upper register of the dermis, as opposed to regular tats; and microblading requires training distinctly different from that of your standard tattoo artist from the local parlor.

See Also: Can Microblading Put You at Risk for HIV?

A Quick History Of Microblading

While the specific origins of microblading might be a bit of a mystery––many assert that the technique was popularized roughly 25 years ago in Japan, while some contest its methodology is purely Chinese––what is definitely for certain is that up until recently, there was no standardization for the technique whatsoever. For some, this meant the desired effect could go horribly awry.

“I was fascinated by the practice, but appalled by the level of artistry which was then the standard,” said Jeffery Lyle Segal, a professional makeup artist and microblader from NYC’s premier Paul Labrecque Salon and Spa, whose past clientele has everyone from “housewives to Oprah,” in an exclusive interview with NYGal.

Segal, a leading member of the Society of Permanent Cosmetic Professionals (SPCP)––an organization comprised of veteran movers and shakers dedicated to procedure standardization industry-wide––first became aware of the lack of a trade-specific rubric in the early ’90s.

“The field was dominated by medical people and other non-artists,” continued Segal, who got his start as a theatrical makeup artist. “So it was really the blind leading the blind.”

With the help of SPCP, Segal was one of the pioneering forces behind the creation of training programs specific to the esthetics of permanent makeup.

So standardization means no sweat, right? Not exactly.

Nowadays, certification amongst microbladers is less of an exception and more the rule––but it doesn’t mean that every microblader has it.

According to an expose on the dark side of microblading published by The New York Post earlier 2018, artists with little and even no training can still wield a needle, causing unfortunate––and even dangerous––outcomes, ranging from uneven shaping to scarring.

“I went to a local hair salon for microblading and I didn’t like the shape,’’ Balidemaj says. “Then the color started to fade into a weird brown. I hated it and was really upset, so I went to Sania’s Brow Bar [in Chelsea] and Sania [Vucetaj] showed me how to camouflage it with a pencil.’’

Vucetaj, who has been tending to the brows of stars such as Hoda Kotb for more than 20 years, discourages her clients from microblading. “If it goes wrong, you are stuck with the shape forever because it never fully fades and leaves an unattractive discoloration.’’

Would-be clients, however, have more to worry about than comical eyebrow mishaps that won’t quit. As an Australian woman named Amanda Coats New York Post earlier 2018, customers also run the risk of severe infection under the wrong hands:

“I ended up with a severe infection from clinic and the skin was just falling away and my eyes blew up,” […] the eyebrow specialist was very “rushed, going in and out of the room attending to other clients during my procedure and also doing another eyebrow tattoo at the same time,” and that she didn’t switch into new gloves in between clients.

The area around her eyebrows swelled, getting redder and more inflamed by the day, until the skin on her face eventually peeled off onto her pillow. “My eyes were so swollen I couldn’t drive…I couldn’t even take my children to school because of the swelling, the pain, and the pus in my eyes.”

But, fear not: potential acolytes should not be deterred. Under the right hands, the procedure is as safe as any other technique of a similar caliber. All it takes is equipping yourself with the right questions to ask.

Almost anyone can pretend to be an expert. ”It’s up to you, the consumer, to decide if they are telling the truth or not.”

So, if you’re considering microblading your brows, what do you need to know?

Is Microblading For You?

Before you start looking up which professional you want to do your work, potential customers need to know if their skin is durable enough for the procedure in the first place––but not too durable.

While most are, there are some rare exceptions, namely clients with very thin or vascular skin are ”likely to bleed excessively and won’t get the best results,” Segal relayed, and those “with thick, oily skins…may see the hair strokes blur together more when they heal.”

Segal stressed that each and every prospective client should do their homework on whether microblading is the right fit––starting with the technician they’re booking with.

For starters, ask if they are a member of a recognized industry organization. (The major two are SPCP and the American Academy of Micropigmentation, so if either of those names pops up, rest assured.)

If they aren’t, then you should consider it a big, walloping red flag; the growing prominence of microblading has lead to a number of two-day seminars parading as training programs who “[crank] out undertrained people with no other experience.” Knowing which programs are legit can be the difference between a success story and a disaster.

But, even if you find a lauded microblader to do your brows, it’s still a permanent procedure. If the thick brow is simply a trend, is it still a good idea?

After all, many are quickly praising––or inevitability recognizing––the revival of the thin brow. Take The Cut’s Helena Fitzgerald, for instance. As evidence, Fitzgerald pointed out UK Vogue’s cover for their September issue, which featured pop-icon Rihana rocking a retro, attenuated look.

“Everyone who is younger and more current than I am will have gone back to skinny hyper-plucked brows,” she lamented. “Cara [Delevingne] won’t have any brows at all, probably.” (The horror, the horror!)

Segal, however, disagrees. To him, microblading is more than a service for the rich and famous. Regardless of whether it’s a trend or not, there will always be people who will seek out the service. For that clientele base, it’s for a lot more than a superficial craze.

“It’s not just about beauty––It’s about improving the quality of people’s lives,” said Segal. “I help people who can’t see well, can’t do their own makeup because of physical disabilities.”

Among them are people who suffer from alopecia areata, an autoimmune disorder which causes hair loss, and breast cancer survivors.

“I’m proudest of my work with the alopecia community, all of whom have lost brows and lashes…to help them feel like themselves again,” he explained. “My work simulating the nipple and areola complex for breast cancer survivors helps women feel whole and healthy again.”

All in all, it doesn’t matter whether fashionistas and members of the glitterati keep contributing to the microblading industrial complex. Microblading isn’t about what’s in vogue or what isn’t. It’s about those who feel like microblading aids in boosting their self-confidence and self-esteem.

“I like to say I’m making the world a better place, one eyebrow at a time,” he concluded.

From Corporate to Beauty Guru