Jaden is an incredible athlete. Check out this article to find out more about her. 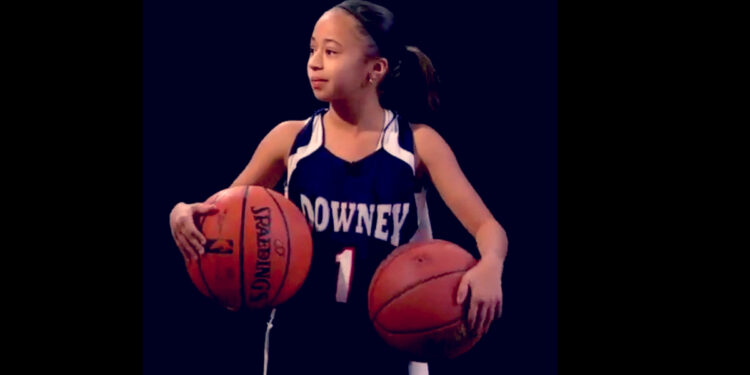 Jaden Newman is a basketball player, Instagram Star, an influencer from the United States. She has a strong social media presence. This basketball sensational personality is very talented and has many followers who admire her.

Newman is the youngest female player to surpass 1000 points. Not only this but her bond with her younger brother who is also a basketball player is widely known. They have their own reality show TV show, The Newmans. Let us know more about Jaden Newman’s lifestyle and her sports career.

Jaden Newman was born on June 13th, 2004, in Florida. We all know that she is a super player. Basketball talent runs in her family. Her parents Vivian and Jamie, brother Julian all are talented basketball players. Her father advised her to try on basketball. No wonder, her interest to get into basketball started from an early age. She stepped into this field just at the age of 3. At 9, Newman was playing for the Varsity high school team and excelling against seniors.

At her Downey Christian School, her father was a coach and they needed a guard point. He believed that his daughter should be given a chance. So she took this role and her brother gained his faith with eye-catching performances and playing stats to match. She also received a scholarship at 9, at The University of Miami. Her colleagues and seniors were already impressed by her smashing performances.

She had an amateur career to date. She has to graduate yet. Her debut at age of 9 was a game-changer. She doubled her points over the next two seasons, making 30 points per game. She came into the limelight in 2015 when she became the youngest female basketball player to score 1,000 points at the Varsity prep level, aged 11. This grabbed the attention of the media. She was all over the news in media channels.

According to prosportsbio.com, the young starlet only needed 7 points going into the game to earn the accolade but ended the night with a personal tally of 47 points. This was after shooting 57 points in the previous game on her school’s home court. By the seventh grade, Newman had surpassed 2,000 points.

During a dominant play, at 13, she racked up 70 points and made her team win the match. She also secured the national record further by scoring 17 three-pointers in this match. There is no doubt that she will receive many offers once she graduates in 2022. Jaden has achieved a lot at such young age.

Jadens have their own Youtube channel called Newmans. The video showcases her basketball talents. They are published in many social media channels like Instagram, Facebook, Twitter. Youths are just in awe of Jaden. The channel also shows her daily life and her entire family’s talent in basketball.

She was also in the spotlight for being hot-headed while playing on the court. Check out this video.

Jaden’s mother Vivian was a point guard, representing University high school. She worked for the US Postal Service after spending 4 years in the Navy. When both parents have backgrounds in basketball, perhaps no surprise that their children would be in similar fields.

Jaden’s brother, Julian, has also been labeled a child basketball prodigy. He was born September 6th, 2001, and is three years older than Jaden. Similar to his sister, Julian also played for Downey Christian school. His online presence brought attention to his talent as a basketball player.