New York Gal » The List of All the Counties in Maine

Fun Facts About the Easternmost State in the U.S. 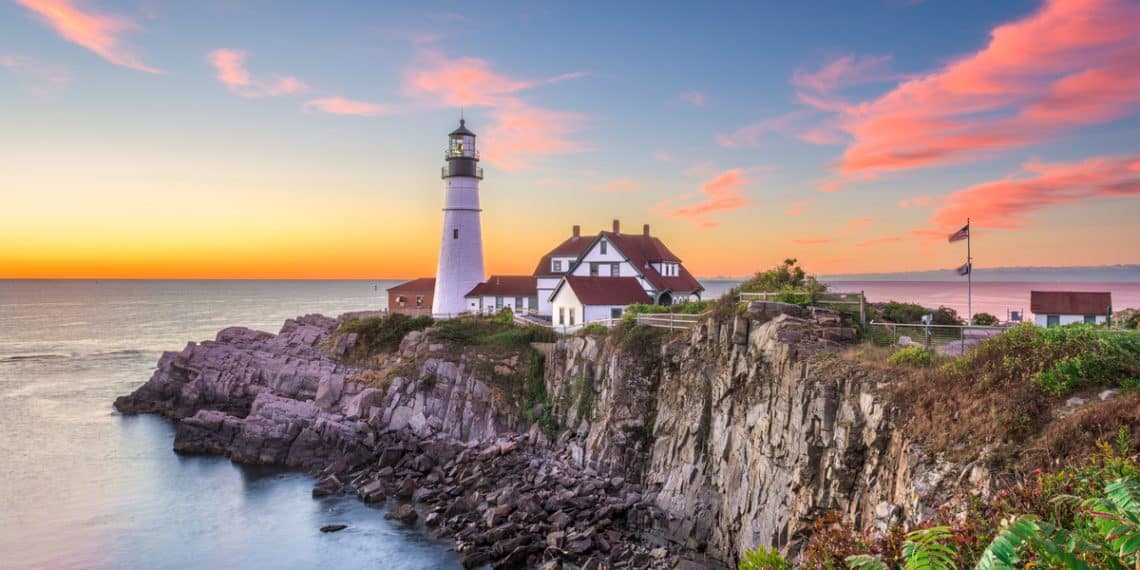 Maine is the northernmost and easternmost state in the continental United States. Much like the rest of New England, it is full of American history, having been taken over by Europe in the colonial era before becoming a part of the U.S. Even before Europeans arrived, Maine had a rich history of the Native American tribes that lived there. Today’s established counties in Maine developed over the first one hundred years of American history. Though they are often known by New Yorkers as nice places to vacation to, they have much more to them. Along with Maine’s rich history, it is also full of beautiful landscapes from forests to the seaside. There are sixteen counties in Maine. And here are some fun facts about all of them.

Androscoggin County was named after the Native American Tribe which bares the same name. It is one of the latest additions to counties in main, added because people thought they had to travel too far to the seats of other counties.

Aroostook is the largest county east of the Mississippi when measuring in land area (6,829 sq mi). It is also the northern most county in Maine, and in the lower forty-eight, bordering Canada. To those who live in Maine Aroostook is known as “The County.”

According to the 2010 census, Cumberland has the largest population of any of the counties in Maine. Cumberland also has the second largest body of water, Sebago Lake, in all of Maine. It was founded in 1760, being separated from part of York County and named for the Duke of Cumberland.

This county was founded in 1838 and named after none other than Benjamin Franklin. In recent years it has been having trouble with policing and jailing of inmates.

Named after founding father, John Hancock, this county has the longest coastline of any county in Maine. So there is no mystery as to why fishing and tourism are the biggest contributors to its economy.

Kennebec County is home to three different colleges: Colby College, Thomas College, and the University of Maine at Augusta.

Knox County was the last county to be added to Maine. Its territory as it is known today was defined in 1860, and since then no other counties in Maine have been created. It was named after Henry Knox who was the first U.S. secretary of war in the late 18th century. This county shares its name with Fort Knox, which was named for the same person.

This place is surprisingly not named after Abraham Lincoln. Although it is not that surprising given that Knox was the last county added to Maine and that Lincoln County originated in 1760. This southern county is small both in population and it area.

Although this county is most probably named after Oxford, England, they have few similarities. Oxford County, Maine is known for its outdoor nature spaces. It hosts tons of summer camps every summer, creating tons of fun memories for kids.

Named for the Native American Penobscot tribe, this county has one of the larger populations of all the counties in main. It was created as a division from Hancock county in 1816, back when it was still considered to be part of Massachusetts.

Piscataquis County has the smallest population compared to the other counties in Maine, with less than six residents per square mile. Its name means a “branch of a river” (also translated as “rapid waters”) and comes from Abenaki, the language spoken by the Algonquian tribe.

Sagadahoc was one of the latest counties added to Maine (1854) having come from part of Lincoln County. Its name is the Abenaki word for “river mouth”.

Much like many of the other counties, Somerset was named for a location in England. It has a history of being politically more left leaning than the rest of Maine, especially in the past thirty years.

Waldo County’s claim to fame is featuring in the novel, The House of the Seven Gables by Nathaniel Hawthorn. It is named after Samuel Waldo, a colonial landowner.

This place is also known as the “Sunrise County” because it is the eastern most point in all of the United States, and therefor gets the first rays of sun every morning. It was named after President George Washington and was founded in 1790, shortly into President Washington’s term.

It may be last on our list, but York County was the first to exist. It was created by the Massachusetts Bay Colony, and named, much like New York City, after York in England. Originally known as Yorkshire county, this southernmost place in Maine is a historic landmark in American history.

If you ever need help remembering the counties in Maine, this handy song can be sung to the tune of Yanky Doodle Dandy:

The sixteen counties in our state
Are Cumberland and Franklin
Piscataquis and Somerset
Aroostook, Androscoggin
Sagadahoc and Kennebec
Lincoln, Knox and Hancock
Waldo, Washington and York
Oxford and Penobscot

New York City Shared Its Pizza with the West Coast

Explore the Hottest 5 Bars in Greenpoint

How to Find the Best Acupuncturist in Brooklyn?