Shego: 5 Fun Facts We’re Dying To Reveal About This Villian

Could she have been good? 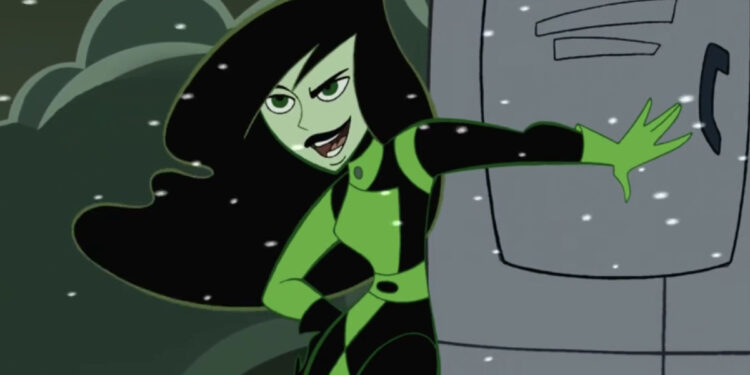 If you were a kid in the early 2000s, you absolutely know who Shego is. Kim Possible was one of the best cartoons from the early aughts. This show had a strong female lead, a well-rounded cast of lovable characters, and the perfect blend of saving the world and high school drama! What more could you possibly ask for? While Kim Possible herself is also an iconic character, her main nemesis’ sidekick is actually today’s focus. Miss Go was one of the best parts of this show. Here are 5 fun facts about the incredible green and black villain, Shego.

Shego Is An Accidental Fan Favorite

As stated above, everybody knows who Shego is. She quickly became one of the best parts of the Kim Possible franchise. From her time in the original series to her main role in the animated movies, to the newest live-action addition, she has been one of the most popular characters. In fact, while many viewers disliked the live-action movie, they still enjoyed Shego’s character in it. But did you know the iconic sarcastic villain was originally totally different?

In the earlier stages of production, this iconic character was written as a super one-dimensional character. Instead of being snarky and sarcastic, she was a much more stereotypical sidekick to her boss, Dr. Drakken. Luckily, her incredibly talented voice actor, Nicole Sullivan, came to the rescue. She brought so much personality to Shego that the show writers immediately changed how they wrote Shego going forward.

She Doesn’t Hate Everybody

Shego often has a bit of a standoffish personality. She is a villain after all. However, it is clear that she still likes some people (or at least some living beings). Obviously, she cares about her boss, Dr. Drakken. She may make fun of him constantly, but she also always goes back to save him when he’s in trouble. Maybe she only cares about him because he signs her paychecks, but realistically we all know there’s more to it than that.

Shego also has a huge soft spot for animals. She prevents Drakken from draining the Great Lakes because it would be bad for the fish. When Drakken adopts a dog named Commodore Puddles, she ends up taking care of him. She also reminds Drakken that he needs to care for his dog.

She does more than just villainy! She is also incredibly book smart. Even though Drakken is a mad scientist, Shego is often shown to be smarter than him. It was mentioned in one of the later seasons of the show that she had pursued and obtained a degree in Child Development when she was younger. She is often shown reading books or magazines as well.

This villain also really values self-care. Several times throughout the series, she is shown getting spa treatments. Her love of self-care definitely makes sense considering how hard she constantly works for Drakken.

Shego is arguably just as talented as Kim Possible herself. She is incredibly athletic and clearly has an aptitude for martial arts. Whenever Shego and Kim fight it is always clear they’re evenly matched. Shego also knows how to fly a plane and scuba dive. She does both with ease. On top of these other talents, she is also a master of disguise. Several times throughout the show she tricks people with just a wig and a new dress.

Now we have to talk about Shego’s superpowers. She wears gloves that have super sharp nails on them that she is often seen sharpening even more. It is unclear whether these are part of her powers or just part of her costume. Her powers include superhuman durability and green glowing energy that radiates from her hands. This energy can be shot out like lasers, it can melt metal, and it can set things on fire. The origins of these powers, however, are even more interesting.

Shego Could Have Been A Hero

It is revealed in the episode “Go Team Go” how Shego got her powers. She and her four brothers were struck by a rainbow comet that granted all five of them superpowers. And then they became superheroes! That’s right, Shego was a superhero for a time. She eventually turned to villainy. Her brothers said that it was because the more she fought evil the more she understood it. On the other hand, Shego says that she left the superhero life because her brothers were so annoying. However, throughout the series, it is made clear that she still has a strong moral compass and an undeniable love for her brothers.

Shego is such an interesting character to look into. She is also such a fascinating opposite to Kim. They both have brothers that annoy them, incredible fighting skills, and the brains to do anything they put their minds to. If you haven’t seen this show in a while, go watch Kim Possible on Disney+ and enjoy the talented and villainous Shego in all of her sarcastic glory.