Find out some of the stereotypes of native New Yorkers that are actually somewhat accurate! 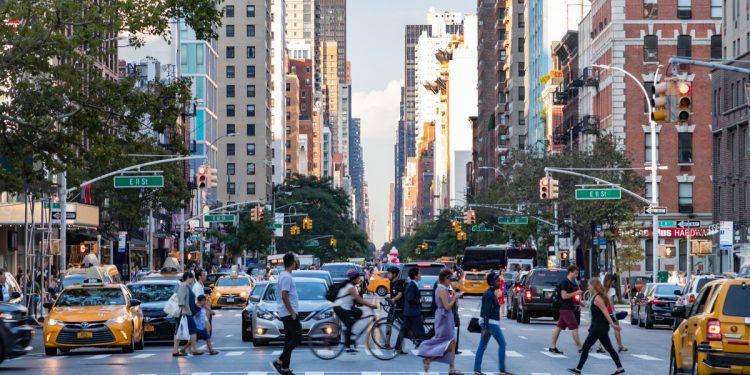 I’m sure you’ve all heard just some of the stereotypes that have been given to us native New Yorkers. According to Oxford Dictionary a stereotype is defined as a “widely held but fixed and oversimplified image or idea of a particular type of person or thing.”

1) That We Have The Best Food

When it comes to food, we native New Yorkers think we know best. Actually, we don’t think – we know! I’m sure you’ve heard someone from NYC brag about how great the food is here!

And rightfully so. If you’ve never been to New York City before, you’re missing out. We really have some of the best restaurants, bars, and bakeries in the entire world!

Looking for some of the best pizza around? Hit up Joe’s Pizza! Homemade Gelato? Little Italy is the place for you!

Because New York City is truly the melting pot of the world, where over 600 languages are spoken, there is so much culture! And with such a variety of cultures comes a variety of amazing foods to offer! So next time you hear one of us native New Yorkers talking about our food, keep in mind the truth in what we’re saying!

Do not even get me started on this one! If there’s one stereotype that I believe rings true of Native New Yorkers, it’s that slow workers can get pretty annoying!

It’s no secret that New Yorkers are always on the move. And fast at that! When it comes to getting where we need to be, we like the shortest amount of travel time possible. Which is why it can get a little bit frustrating getting stuck behind a pair of slow walkers!

Although everyone’s speed is different, there really is a time and a place for everything. Especially when it comes to holding hands and strolling at the pace of a snail through the middle of a crowded New York sidewalk

3) Everything Is Pretty Pricey

This might be the worst truth of them all. If there’s one thing that holds true, it’s that New York City is not cheap. In fact, it’s quite the opposite. New York is one of the most expensive cities in the world, right next to cities such as Hong Kong, Singapore, and Los Angeles.

Not only is it a pretty penny for a one bedroom apartment, but small one at that! Groceries, eating out and cocktails also cost a little bit more than outside cities. So, if you getting ready to visit or just moving here, make sure you have a little bit saved up for yourself!

4) It Can Get Pretty Competitive

As much as I hate to admit it, New York really can be a dog eat dog world. It seems as though everyone in New York is working for the same thing: success. Whether that be making it on Broadway or going for similar job roles as many others.

Although I don’t blame us native New Yorkers for having that drive, it can sometimes interfere with personal relationships and goals. With everyone having the same end goal, it seems as though almost everyone instantly becomes your competition, which makes it heard to build new relationships with friends.

5) We’re Always On The Move

Similar to what I mentioned about not loving slow walkers. It may have something to do with the fact that native New Yorkers always seem to be on the move! Native New Yorkers are sometimes always busy and going from one place to the next!

Because New York is the city that never sleeps, so are we! It seems as though New Yorkers always have somewhere to go and people to see. Whether it’s a job interview, video conference or they’re heading to their favorite museum, they always have something going on!

If there’s one thing we New Yorkers take seriously, it’s our sense of style! Although I am unsure why for some reason fashion is very important to us! Perhaps it has something to do with living in one of the fashion capitals of the world, hosting fashion week every year!

Whether just running out to the bodega or to pickup some takeout, it seems as though us New Yorkers are always dressed up in some way! Even if we’re wearing sweatpants, we find some way to dress it up, either with a pair of fresh sneakers or a cute crop top! Do not sleep on native New Yorkers sense of style!

Maybe I’m biased, but I truly believe that New York City is one of the greatest places in the world to be! And I have plenty of my friends who are New York natives that would agree with me!

There’s so much to do at any time of the day. New York really is the city that never sleeps and that’s what makes it so exciting! Whether you’re looking to hit up a drag show or grab Chinese food at 2 o’clock in the morning, New York has got your back.

Even on it’s hottest and most tourist traps of days, New York really is the greatest! The streets are busy with life and the people there some of the most interesting you will meet in the world. As the famous saying about New York goes “A city so nice, they named it twice!”

Why Women Might Choose Not to Use Tinder in New York

What Foods Is New York Known for Internationally?

How to Pick The Best New York Food Tour for Your Taste?