What Foods Is New York Known for Internationally?

These are the foods that make NYC thick 😍 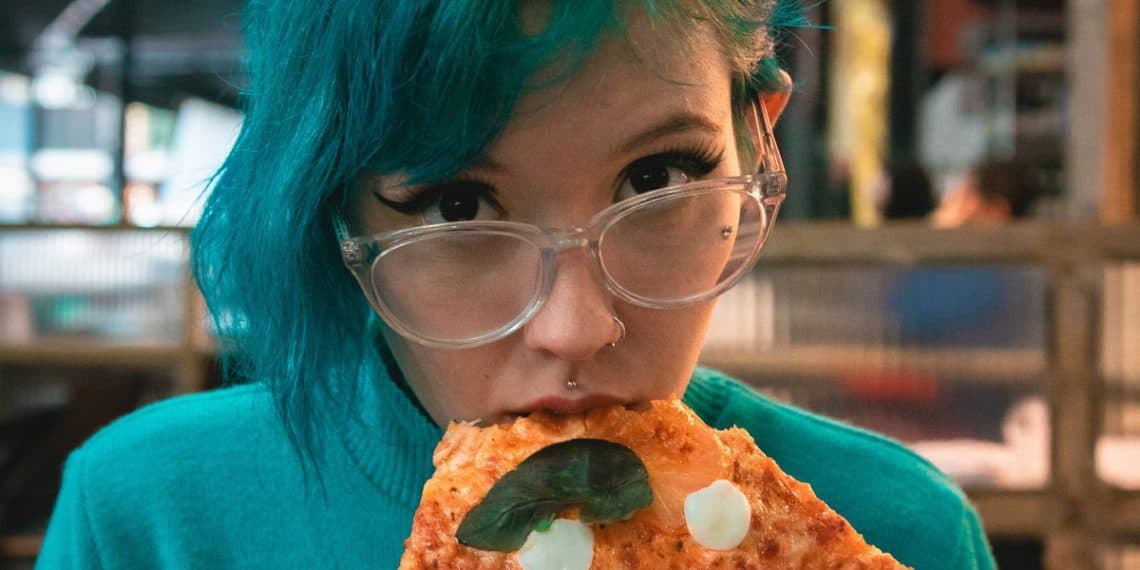 If you live in New York, you may recognize the foods New York is most famous for. Manhattan is a known food capital of the world among cities like San Francisco, Barcelona, and Tokyo. Food from every corner of the world is represented in any one of the city’s five boroughs.  We have the Italian, Jewish, and Chinese communities to thank for many of our favorite New York eats. 67 million people visited the city for the summer of 2019. (This could explain the exceptionally long lines at Joe’s Pizza or Magnolia Bakery apart from the joints being delicious New York staples.) Newcomers might not be familiar with a black-and-white cookie or a BEC ( bodega lingo for a “Bacon Egg and Cheese”). However, below are 6 foods New York is most famous for.

It’s a bit of misnomer, but New York has the best slice in the game (sorry Chicago).  New York- style pizza is distinguished from other pizzas as being thin-crusted, hand-tossed, and coming in slices as large as your face, while costing as little as a $2.75 subway ticket.  The slices are wide, and the crust is crispy yet pliable. True New Yorkers only eat pizza taco style. Traditionally, the pizzas were made in coal-fired ovens, but now they are typically made in gas ovens.

In the early 1900s, Italian immigrants brought over their Neapolitan- styled pizza, which is where the New York pie got its roots. Crust is the key ingredient, which is made with NY tap water. Interesting enough, NY tap water is shipped around the country to give other pizzas a level of New York pizza panache . The minerals strengthen the gluten, which gives the dough used in New York-style pizza and bagels that fighting edge.

Standard ingredients include dried chili pepper flakes, garlic powder, oregano, basil, and Parmesan.  Pizza without any topping is called “plain,” “regular,” or “cheese.” Vegetables, sausage, and meatballs are also popular toppings.  Just do not ask for pineapple, it is considered sacrilege and only ask for clams as a topping if you are in Connecticut.   Many of the OG pizzerias like Lombardi’s (1905) are still in operation. A slice from Artichoke Basille’s Pizza is also an absolute must.  Their artichoke and Alfredo sauce slices are heavy but sinfully good.

See Also: 7 of the Best Food Tours in Nyc You Have to Try

New York-style bagels are made like New Yorkers: chewy on the inside and crusty on the outside.  The bagels are unique for their dough (enriched by the NY tap water), as well as their large size. Historically, the bagel was introduced to New York by the Jewish communities in the 1800s living in the Lower East Side. They were tasty and inexpensive, which for the most part has not changed.  Fun fact, one bagel is the equivalent of six slices of bread, so many New Yorkers hit their weekend neighborhood bagel spot after a run through the park.

Traditional bagels are left plain or are egg-washed, topped with either sesame seeds, poppy seeds, or everything. The sweet bagels like cinnamon raisin and blueberry were introduced later in the 50s. You can’t go wrong with ordering a “bagel and lox” , otherwise known as a bagel with cream cheese and salmon. However, follow the bagel purist example and never toast the bagel and always bring enough cash for coffee too. We will not speak of the rainbow bagels.

The signature New York sandwich is made with New York-styled pastrami.  You will feel like Shaggy in Scooby-Doo eating one of these sandwiches, trying to widen your jaw. They are made with 10 ounces of pastrami and corned beef, Swiss cheese, and brown mustard on marbled rye bread.

A New York without its delis would be like a California without its palm trees, barren.  The most famous New York deli is possibly Katz’s Delicatessen.  Almost everyone remembers the scene at Katz in When Harry Met Sally the line, “I’ll have what’s she’s having.”   The sandwiches are great to smuggle into a New York show. You’ll almost always have leftovers, and don’t forget a Dr. Brown’s soda to wash it down with.

New York Eggs Benedict was a brunch classic, long before the egg fad of putting eggs on everything started.   There is some discrepancy in how the dish originated.  There are many working theories, all somewhere within New York’s Gilded Age.  My favorite is that the name Eggs Benedict was derived out of a hangover by the 1894 Wall Street broker, Lemuel Benedict.

The broker understood the importance of his carb and protein ratio to combat crapulence (old-timey word for discomfort due to excessive eating and drinking).  For his drinking malaise, he ordered buttered toast, bacon, two poached eggs with Hollandaise sauce at the historic Waldorf Hotel ( now the Waldorf-Astoria)

Today, there are similar variations of the dish with English muffins or ham used. Eggs Florentine is made with spinach and Eggs Royal is topped with smoked salmon. Chicken and waffles is another famous New York food for brunch; the trend originated in Harlem in the 1930s.   If reading this has made you hungry, check out our recommendations for the best brunch in NYC that won’t break your bank.

Who doesn’t love a pushcart or a “dirty water dog,” otherwise known as the New York-styled hot dog?  Even in a sea of steakhouses and Michelin star restaurants, New York is still a hot dog town at heart. We like our cheap street meat. The classic American hot dog is basic with just ketchup and mustard.

The New York-styled dog is an upgrade made with Sauerkraut, onion sauce, and spicy brown mustard. The wow factor is in the onion sauce which is made with sautéed onions, ketchup, cinnamon, chili powder and cayenne pepper. Classic hot dogs spots in NYC include Grey’s Papaya and Nathan’s Famous out in Coney Island. For fun, you could stand in a long line at Shake Shack for a good dog, but you’d be missing out.

Hot dogs were born out of necessity in New York due to the Great Recession. They came from the German immigrants’ sausage wieners known as Frankfurters. In fact, in the states they were called “Red-Hot Dachshund Sausages.” Hot dogs were popular at baseball games. Vendors used to yell “Get Your Red Hots.” For perspective, places like 42nd street were once stomping grounds for cattle being herded to the slaughter house, according to the late food historian, Joy Santlofer. Now in Times Square, instead of cattle, tourists are herded towards M&M’s World. For a more visceral picture of New York’ s food history and bygone era, read Santlofer’s Food City: Four Centuries of Food-Making in New York.

Cheesecake is one of New York’s most famous foods. Make sure you include this dessert, if you ever need a last meal. The cake is made with a decent helping of sour cream and heavy cream, and the consistency is rich and dense.  For comparison, Chicago cheesecakes use cream cheese, and in the UK the cake is a base of biscuits with a fruit compote.  Juniors are one of the most popular cheesecake chains in the city. We highly suggest making a trip to both tourists and regulars!

The Spiritual Meaning of Pregnancy in Your Dreams

Who’s the Instagrammer with the Most Followers?