The greatest city in America will teach you many things during your first month of living here. 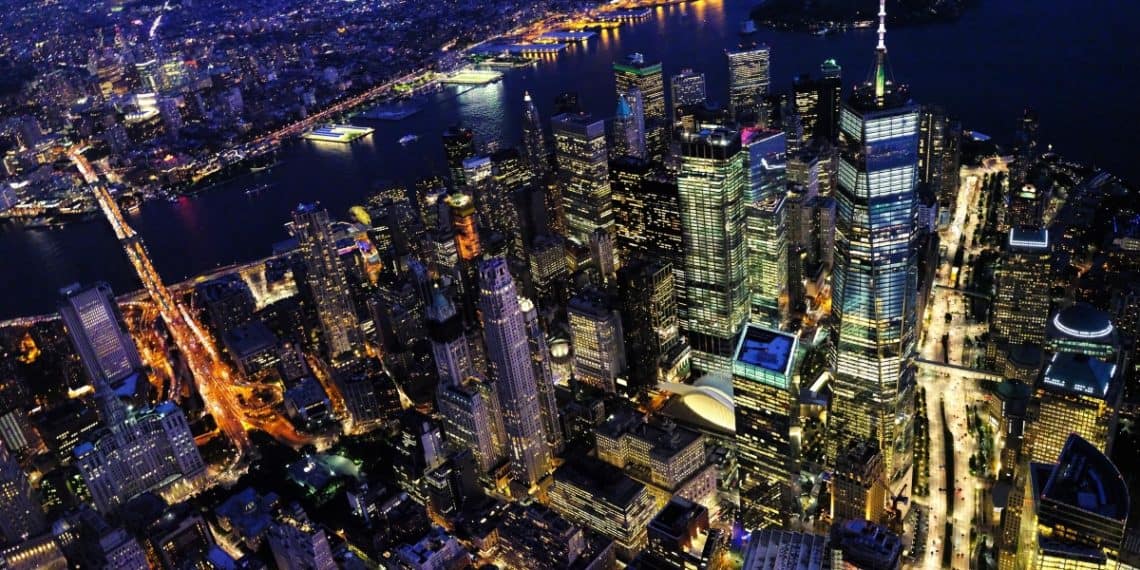 Living in NYC is one of the most amazing experiences you can have. It’s the place to make all your dreams come true. There have been many songs and movies written about the city, and let’s not forget about Friends and Gossip Girl.

However, those tv shows don’t exactly portray NYC from the eyes of normal people. People not from the city believe all the glamorous things they see on tv, which is partly true. NYC is definitely glamorous, but it’s also a bit rough at times.

Only Tourists Walk Slow In The City

When you’re in Times Square or other tourist parts of the city, it’s alright to walk slow. In other parts of NYC, everyone is on the move. They’re in a rush. New Yorkers walk as if there’s a fire creeping up behind them. So if you don’t want to get shoved, keep up.

There’s So Much Diversity

NYC is great because there are so many different types of people here. You can be whoever you want. The diversity is huge. If you’re from a community where everyone looks the same, you’re in for a shock. You’ll have to learn how to live with different cultures.

I know we’re in a digital age where credit cards and apple pay are the main methods of payment in most places. However, in the city, there are still a lot of places that only accept cash or have a minimum payment to use a credit card. So, you can’t go to the corner store for milk and try to use your credit card. Make sure you always have a little bit of cash with you. Just don’t carry large amounts of cash.

Learning The Subway System Is A Must

In Gossip Girl, everyone is always in cars. The show made everyone believe that all New Yorkers just take taxis everywhere. In reality, taxis are expensive and the traffic is terrible. You’ll be late to work if you only rely on cars to take you places. Learn how the subway works and get familiar with different routes. If your train goes out of service, you’ll need to know an alternative route to take to get to your destination.

People Hate Giving Up Their Seats On The Train

I learned this one the hard way. As a pregnant woman living in Manhattan, I expect at least the men to offer me their seat. Yeah right! Most people will pretend they don’t see you to avoid feeling guilty about not giving up their seat. So if you’re pregnant or hurt, good luck trying to get someone to move.

Food Is More Expensive Than It Should Be

Sure, there’s $1 pizza and McDonald’s, but if you want a real meal, expect to spend a pretty penny. Try cooking a home a few nights a week and bringing your lunch to work so you don’t go totally broke.

Unless you’re a millionaire with a huge loft in Tribeca, your closet space is super tiny. So if you’re a shopper, be cautious when buying too many things. You might not have a place to put it all. Utilize shelves and dressers (if you have space) to keep your things organized.

Manhattan Isn’t The Only Borough To Have Fun In

Most people forget about the other four boroughs. Brooklyn’s night scene is crazy. You can have so much fun in Williamsburg and downtown Brooklyn. The Bronx has some of the city’s best art and parks. Don’t forget about Queens where you can find some of the best and most authentic food in the city. Also, Staten Island has beautiful architecture. Don’t just stay in Manhattan. Explore this wonderful city.

If People Approach You On The Street, They’re Most Likely Going To Ask For Money

99% of the time, when someone tries to stop you in the street, they want money from you. They’re either asking for donations or trying to sell you something. If you’re not into this, just ignore them. It’s not rude to keep on walking.

Restaurant Service Sucks Most Of The Time

NYC is nothing like the south. Don’t expect that good southern hospitality in the city. Expect to have to chase down your server for the check or a refill. It’s just how things are.

You Can’t Be Lazy In NYC

Living in NYC requires hard work and commitment. Most people work well over 40 hours a week to be able to afford rent. You can’t be lazy and decide that you don’t feel like working five days a week. Be an adult and work your ass off if you want to live comfortably in NYC.

Everything Is Worth It

Yes, everything is overpriced and you have to ride on crowded trains to get places, but it’s all worth it. You get to meet amazing people and see something new every day. If you want to chase your dreams, NYC is the place to do it.