Binge worthy Netflix originals for when you are stuck at home. 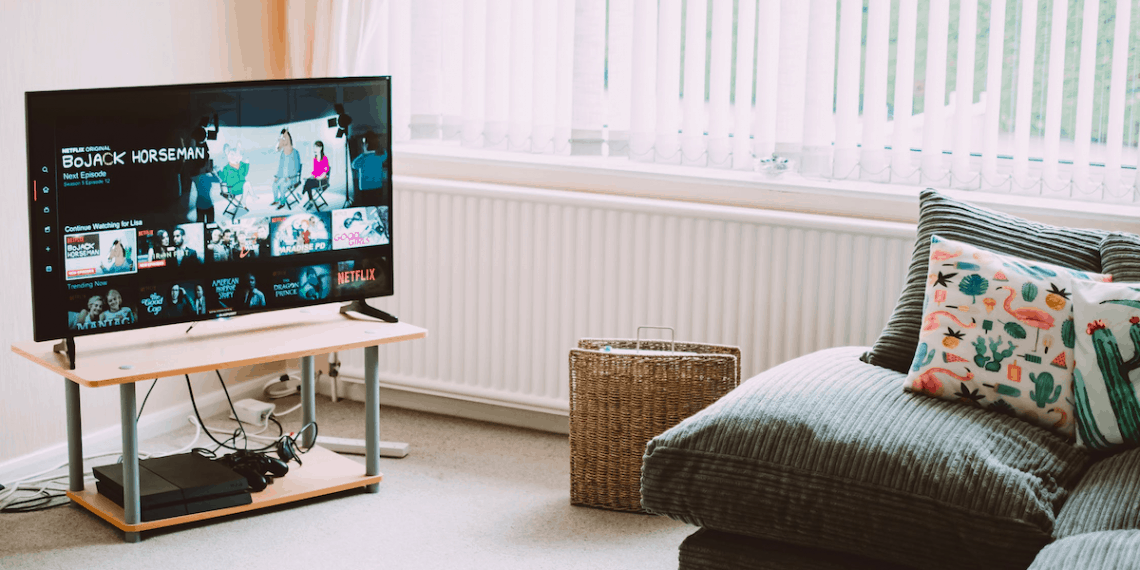 We all know that Netflix streams some of the best shows around. Where else could we stream every season of Gilmore Girls, even though we have already seen it a million times? But while the streaming platform is great for all of the old content it allows us to see, its original content is amazing as well. Some of the best TV shows on Netflix are its original creations. So if you are looking for some new content, check out these must watch Netflix Originals.

I Am Not Okay With This

This new Netflix original can be binged in a few hours, and is an absolute must see. I Am Not Okay With This can be summed up as a queer Carrie. For those of you unfamiliar with Stephen King’s haunting novel, both stories are about teenage girls who develop super powers, and someone or many people end up dead. This new show, while being an interesting twist on a haunting classic, is also completely hilarious. There are countless moments of awkward teen angst that will have you rolling on the ground with laughter. You can also check out the graphic novel version.

If you have not watched Black Mirror yet, it is about time that you do. Each episode is a different dystopia that will have you questioning your reality. This show is like if The Twilight Zone was about technology. Moments from this show will haunt you, but you will be intrigued the whole way through. Plus you don’t have time to binge it, it is easy to watch one episode at a time; or you can even watch it out of order.

Stranger Things takes all things 80s and throws them together. If you love Winona Ryder’s classic cult 80s films like Beetlejuice or Heathers, this show will cure your nostalgia. Watch Winona Ryder and the cast of kids battle Dungeons & Dragons characters come to life. This dark SciFi show must be binged. It will make you laugh and cry, often at the same time.

Everyone knows what it feels like to be an awkward teenager. This show takes teens discussions on sex to the next level. The protagonist, Otis, whose mother is a sex therapist, starts giving sex advice to his schoolmates. Sex Education tackles many aspects of gender and sexuality, so you can learn something as you watch it. It is an expansive look on being a teenager and learning about sex for the first time.

This isn’t just the nice guy who seems a little creepy, this is the nice guy who murders people for you. Based on the bestselling novel, You follows a serial killer as he falls in love and will do anything – anything – for the woman he loves. It is creepy and chilling, but totally enthralling. This is one of the best Netflix TV shows for anyone who loves a good murder.

End of the F***ing World

Made by the same people who made I Am Not Okay With This, this show combines dry humor with a heart wrenching plot line. End of the F***ing World follows a teenage couple on their misadventures. The only problem being that one of them is a sociopath trying to murder the other. This show is hilarious and disturbing all at the same time. It is perfect for anyone who loves serial killer documentaries, but also wants a good laugh.

Did you grow up on Bill Nye The Science Guy? Because show is the same thing all over again. It is one of the best Netflix TV shows purely for its childhood nostalgia. Bill Nye does experiments, talks to special guest, and teaches you all about science. You don’t have to love the subject to love how entertaining Bill Nye is.

Climate Change is very really, and very disastrous. If you have ever wanted to know more about our delicate environment as it slowly falls apart, Our Planet will teach you everything you need to know. Beyond its relevance for discussing climate change, this show has memorizing footage of ecosystems around the world. You will learn things you never expected and see places you couldn’t imagine, all from the comfort of your living room.

Nailed It is pure fun. We have all watched competition shows and thought “This isn’t that hard.” But Nailed It puts those thoughts to the test. It takes everyday people with limited culinary skills and has them try to bake extraordinary cakes in a limited amount of time. Everyone fails miserably, but it is hilarious to watch.

Imagine the most hard hitting political drama, but everyone is in high school. The Politician is played completely straight as students unequivocally compete to be student body president. With an all-star cast and beautiful cinematography, this show is a must see. You will laugh while you cry, and stay completely invested in the drama.

Much like Sabrina the Teen-Age Witch was a comic book spin off of Archie, this show is Netflix’s addition to the world of Riverdale. In The Chilling Adventures of Sabrina you see a much darker teen witch than what previous adaptations have shown. Watch her and her coven as they fight enemies and discover new forms of magic. It has that witchy aesthetic we have all been craving. For teen dramas, and Netflix as a whole, this is one of the best Netflix TV shows.