Everything You Need to Know About Billy Magnussen

Check out the Broadway eye-candy star climbing up the fame ladder! 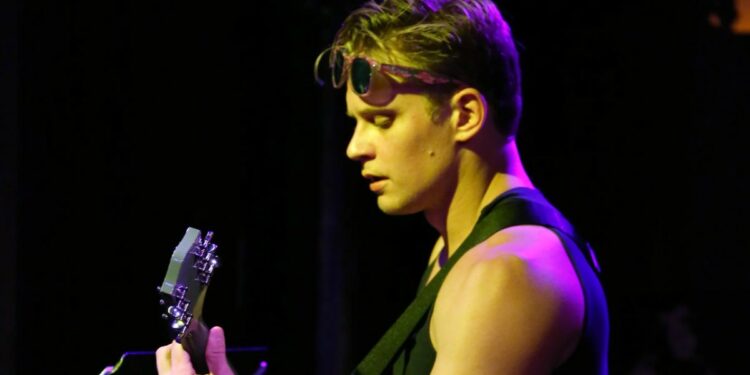 If you have seen Aladdin, released in 2019, you have seen actor-musician Billy Magnussen! The handsome American actor is incredibly talented. With the minimal appearance in Aladdin, he has won millions of hearts.

The No Time to Die actor has been part of Broadway life and thus it speaks volumes about his versatility as an actor!

Who is Billy Magnussen?

William Gregory Magnussen was born on April 20, 1985. He was born in Woodhaven, in Queens of New York. His mother, Daina Magnussen, is an aerobics instructor by profession, and his father, Greg Magnussen is a kick-boxer and a professional bodybuilder. He graduated from the South Forsyth High School in 2003 to join the University of North Carolina School of Arts.

How did Billy Magnussen’s Foray into Hollywood?

Billy Magnussen has gained the limelight by appearing in insignificant roles in movies that starred Demi Moore and Parker Posey. He has been a part of Happy Tears and Blood Night: The Legend of Mary Hatchet.

Billy Magnussen was a part of Damsels in Distress. The film was loosely based on World War II, where he plays Neil Thomas. After that, he appeared in The Lose Valentine, which was based on the plotline of the book of the very same name, written by James Michael Pratt, and it had aired on CBS.

Billy Magnussen has also starred in a feature, The Surviving Family, in the year 2012. Magnussen’s big breakout of a role was as the prince for Rapunzel in Rob Marshall’s version of Rapunzel, Into the Woods. You surely cannot ignore his face if you have seen the film! In The Great Gilly Hopkins, Billy Magnussen appeared opposite Kathy Bates. His character’s name was Ellis, the social worker in charge of Gilly Hopkins.

If you have seen the 25th installment of the James Bond franchise, No Time to Die, Magnussen appears as the character of the CIA agent. Billy Magnussen plays the famous Logan Ash! It was Logan, who tried to convince our beloved James Bond to come back to the field and assist him with a mission with an impending doom that remained unsolved.

Billy Magnussen’s Broadway journey started with The Ritz, which opened in 2007. He was also a cast in Christopher Durang’s play. Vanya and Sonia and Masha and Spike premiered at the McCarter Theater, Princeton of New Jersey. Soon after, the show moved to John Golden Theatre. As luck favored them, they were nominated not for only one but six Tony Awards! Magnussen was nominated for the Tony Awards for the Best Featured Actor. He won accolades for being part of the play and living the character of Spike through his acting.

Billy Magnussen also holds a very special place in the rock band, The Dash. He has been a contributing songwriter for the band. Earlier, he used to be a bass player for the band and thus is well aware of the music industry. He even plays guitar for a New York-based band- Reserved for Rondee!

It should be no surprise that Billy Magnussen has guest appeared in Law and Order: Criminal Intent. Also, he had guest-starred in NCIS: Los Angeles. He had been a part of the plotline dealing with the O. J Simpson’s conviction case and played Kato Kaelin’s role.

Billy is also well known for playing the role of Casey Hughes on CBS’ soap opera, As the World Turns.

Let’s face it! With a variety of roles and multiple shades of characters like these and his extremely natural appearance on the screen, Billy Magnussen knows that the ‘sky is the limit. He has the potential to become one of the greatest actors, and we can’t wait to see his filmography grow and touch the sky!

Everything We Know About Nick Stahl’s Methamphetamine Addiction

What Cassidy Freeman Has Been Up To Since Longmire

Sarah Ramos’ Journey From Being a Child Star to an Influencer