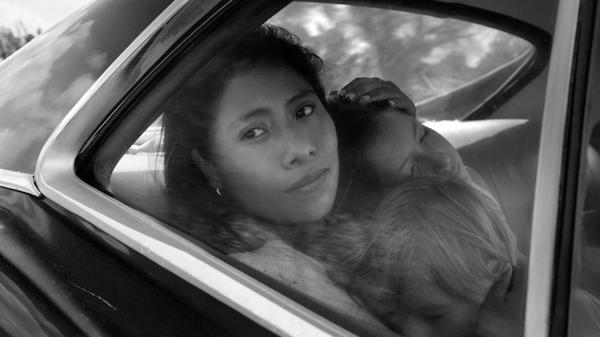 Roma, directed and written by Alfonso Cuarón, is the latest Netflix release, apart from the meme-worthy Birdbox, to cause some melodrama in the film world.

If you haven’t already watched it (you should), chances are, you’ve definitely heard about it. Since it’s release in December of last year, film critics have been raving about it.

Christopher Orr, from the Atlantic, said, “Its magic is pure, stunning cinematic technique.” Ann Hornaday, from the Washington Post, said that the film, “achieves the rare feat of making the personal authentically political, not through explicit polemic or tortured metaphors, but simply by observing life with enough perspective to reflect it in all its contradictions.” And, Manohla Dargis, from The New York Times, called it a “masterpiece.”

Furthermore, Rotten Tomatoes scored it as 96%; IMDb rated it as 8.1/10. Which, even if you’re not one to go by what the critics or reviews say, is pretty impressive.

The film is based on the childhood of Cuarón, who grew up in Mexico City during the 1970s. Named after the town, Roma, was an affluent area for white, middle-class Mexicans that employed plenty of help, such as the protaganist of the film, Liboria “Libo” Rodríguez.

The IRL Libo joined the family when Cuarón was only a few months old. Originally from a village in Oaxaca, the indigenous woman often recounted her childhood to Cuarón, who found it fascinating.

In an interview with Variety, Kristopher Tapley mentions how, “Rodríguez would talk to Cuarón about her hardships as a girl, about feeling cold or hungry. But, as a little boy, he would look at those stories almost like adventures. She would tell him about her father, who used to play an ancient Mesoamerican ballgame that’s almost lost to the ages now, or about witch doctors who would try to cure people in her village. To him it was all very exciting.”

Roma is heartbreaking, as it follows the life outside of what Cuarón knew of his nanny. There’s pregnancy, betrayal, abandonment, and riots throughout the black and white film. Which Cuarón chose because it best reflected his memory of the images of that time. The set was even re-created into what looks almost exactly like the house he grew up in; another reason why he was primarily in charge of the cinematography.

This cathartic work by Golden-Globe-winning director, for Gravity and Children of Men, felt like it needed to be done. He needed to go back and deal with his childhood, a subject that many artists grapple with. At 54, he was finally ready. As well having the resources, funding and credibility to do so. Plus, there’s a sense of maturity in the perspective Roma is based on. Not that of his father, or his own, but of someone who wasn’t there because of blood or money. At least, she didn’t have to stay for so long and practically raise the family. Instead, there is a genuine bond between the children and Libo and like all children, it would have been hard to imagine the person that cares for you as struggling.

Without spoiling too much, we only highly recommend that you watch it and see for yourself. The film is currently available to stream on Netflix and has English subtitles.

How to Stay Afloat During Long, Gloomy Winter Days