Find your next favorite show 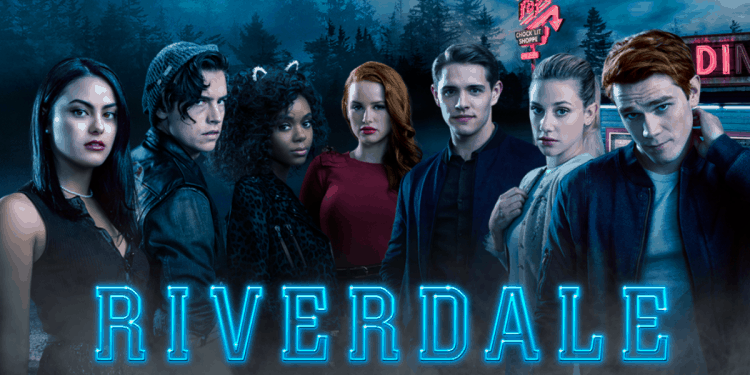 Season four of Riverdale is finally on Netflix. Now everyone who doesn’t have cable and catch up on this wild teen drama. Whether you watch the show regularly, or you’ve never seen a single episode, now is the perfect time to go binge watch. With summer setting in, you’ll have loads of time to watch your new favorite show. Plus with Netflix you can watch anywhere. You don’t have to be stuck at home to get the best tv entertainment, you can go watch at the beach or in a park.

Whether you love it or hate it, Riverdale is one of the most entertaining shows around. If you haven’t seen it yet you need to now. Here are all the reasons everyone should watch Riverdale on Netflix.

You Have the Time

Everyone is stuck inside right now, so there is no better time to binge a new show. Especially considering that Riverdale takes a bit of commitment. Every episode is forty minutes and the second and third season all have over twenty episodes. So if you have the time why not watch? Whether you love or hate the show you will definitely be entertained for a while.

Sometimes movies and tv shows are so terrible, that the worst parts of them are actually the best parts. It’s why cult films such as The Room have become so popular. Riverdale has an endless supply of absurd plotlines, illogical character choices, and ridiculous dialogue to keep you entertained, and that’s just in season 3. It has an organ harvesting cult, Archie fights a bear, and at least ten people die every season. The show is so insane you will be questioning your own sanity by the end of it. It’s impossible not to laugh at moments like Chad Michael Murray trying to take off in a rocket ship. Whether you love or hate the craziness of it, you will surely be entertained

In the original Archie comics, Sabrina Spellman lived in the town, Greendale, next to Riverdale and was often a side character in the series along with her own spinoff comic. Netflix has brought this connection back into being with their Riverdale spinoff, The Chilling Adventures of Sabrina. This show is a delight, and demonstrates all the potential Riverdale had to be a genuinely good show. And between the two shows, there is a ton of crossover. We see characters often making references to alternate shows, such as when a gang member from Riverdale visits Greendale. Though it’s unclear if the two shows operate in the same universe or alternate ones, there are a ton of fan theories.

If you read the Archie comics as a kid, Riverdale probably does not have the kind of nostalgia you are looking for. The only connection between the show and the comics is the names of characters and places. Riverdale brings that kind of nostalgia that reminds us all of what it was like to be an angsty teenager. All the teens have problems with school, dating, and parents. There is so much angst in this show it is almost palpable. It will remind you of other teen shows like Teen Wolf and Pretty Little Liars. Watching Riverdale on Netflix is a great way to look back at your teen years.

Although the cast is playing teenagers, they are all extremely beautiful adults. It’s almost like the producers are holding a competition to find the most attractive people in the world. Most of the characters are half-naked throughout every episode, and even characters who are costumed more moderately have moments without all their clothes. You don’t need to enjoy the show to appreciate all the eye candy. Also, the teen characters aren’t the only hot ones, the parents are all fine as well. It’s no surprise that these beautiful parents made beautiful children.

Cole Sprouse is the perfect combination of nostalgia and some hot eye candy. Anyone who grew up watching The Suite Life of Zack and Cody will love watching Cody all grown up and solving murder mysteries. Plus Cole’s character, Jughead, is objectively the best character in the show. Jughead is smart, quick thinking, a total badass, and incredibly sweet. Riverdale is worth watching for Jughead alone. Plus if you ship Cole and his girlfriend, Lili Reinhart, you can watch all their on-screen romance.

It Will Make you Aspire to More

Most adults have a hard time getting a job and finding their place in the world. But the teens in Riverdale have none of these problems. Veronica runs multiple businesses while also being a straight-A student. Betty is constantly solving mysteries, reporting, and also getting straight-As. The characters do so many things with their lives, it is actually impossible to be as successful as they are. But it will give you something to aspire to.

The Truth About Period Tracking Apps