If you loved Tom Payne in season one of Prodigal Son, then read on to find out more about what to expect from the talented actor in season two. 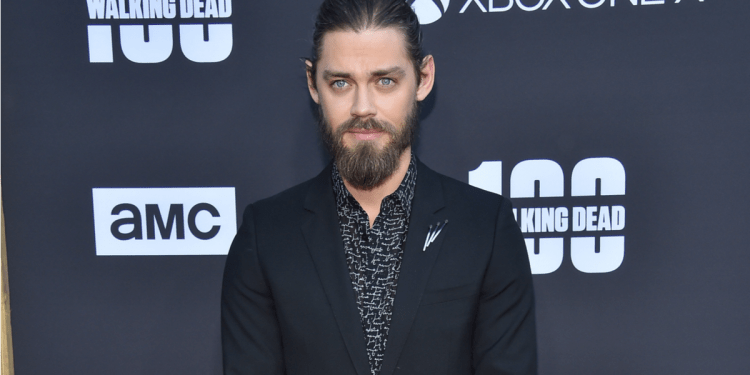 In 2019, FOX released the pilot for Prodigal Son and they quickly signed it on for a full season after receiving favorable reviews. The show aired for 20 episodes before production shut down because of the pandemic. Thankfully, they resumed filming in late 2020 and began airing the second season in January 2021. The show has a lot of potential and room for growth, which fans are eager to see, and they are particularly excited for the main character’s development and can’t wait to see how Tom Payne brings the story to life.

Keep reading to find out exactly what you can expect from the actor during the second season!

Who Is Tom Payne?

The 38-year-old English actor began his career back in 2007 when he appeared on BBC’s drama, Waterloo, for one season. He was 24-years-old at the time but played the role of a 17-year-old. His performance impressed many critics and producers, who named him one of Screen International’s Stars of Tomorrow. They immediately picked up on his skill and considered him an up-and-coming actor with tons of potential.

In 2012, he starred alongside famous actors Stellan Skarsgard and Ben Kinglsey in the title role of The Physician. He became a cast member of The Walking Dead in 2016 for season 6 and was so beloved that he was promoted to a regular the following season. His character, Paul “Jesus” Rovia, was eventually killed off in season 9. His current work is that of the lead role in Prodigal Son, a series on FOX that began in 2019.

This television drama series revolves around Malcolm Bright, the son of an infamous serial killer known as “The Surgeon.” As a boy, he helps police arrest his father and send him to jail. Ten years later, he is an ex-FBI agent working for the NYPD as a profiler. He is struggling with a copycat killer who is emulating his father’s techniques and methods. To solve the case and catch the killer, he goes to his dad for help.

Malcolm is a unique man because he can profile a scene and crime through the killer’s eyes. This skill helps him notice minute details that regular detectives and agents would miss. He fears this side of himself, as he is afraid it is a precursor to becoming a sociopath like his father. The show follows him battling the case as well as his own inner demons and turmoil.

What to Expect in Season 2

With the cliffhanger ending of the first season, it seems only natural that the storyline is about to get much more convoluted and creepy. Tom Payne’s character has to cover up his sister’s crime and enlists his dad’s help, which excites the father but horrifies the son. He will continue battling his inner demons throughout the season, but with a slight shift in perspective, as he doesn’t feel guilty about the murder or the cover-up. He will explore this side of himself to understand his dark side more and come to terms with who he is.

Tom Payne explained that the second season would also delve deeper into the father-son relationship, revealing the family history and developing a quasi-bond between them. Malcolm’s father has something to hold over his head and is the only one he can talk to about the murder. This season will showcase him struggling with hating his father and desiring a relationship simultaneously, even despite their dysfunctional past. He doesn’t quite know how he truly feels about the entire situation.

Tom’s Take on His Character

Tom Payne believes that he has a much better understanding of his character now that he’s completed the first season. He has gotten to know Malcolm Bright and experienced the types of relationships his character has with the other characters. Since he laid the groundwork for the character last year, now Tom can have more fun with his role. He explained that Malcolm was constantly stressing about his demons and becoming like his father.

However, in the second season, it changes to him stressing about his sister and trying to protect her. The focus is leading away from his own trauma, creating new trauma instead.

Sometimes Payne’s own emotions and trauma come out when he gets caught up in a scene. Since the storyline focuses heavily on childhood trauma, emotional turmoil, and parental issues, he often thinks of his own life and experiences. He began to explore the trauma his parents caused him and wanted to have a meaningful heart-to-heart with them to share his feelings. However, he says he has a hard time opening up to them in that way, so he uses his character as a catharsis to help him deal with his anguish and get it all out.

It is always great to see actors getting so involved in their work and relating to their characters. It makes for better acting and helps improve the storyline and believability. Tom Payne can’t give everything away, but it seems like the next few episodes will be emotionally-fraught and dark, which we are all looking forward to. Tune in every week to watch him and his cast member’s fantastic performances in the Prodigal Son. We can’t wait to see how the rest of the season will turn out!

From Drama to Comedy - How Mary McCormack Manages to Do Both?