From the part that launched her fame to what she is working on now, learn more about the career-defining roles of Gabrielle Anwar. 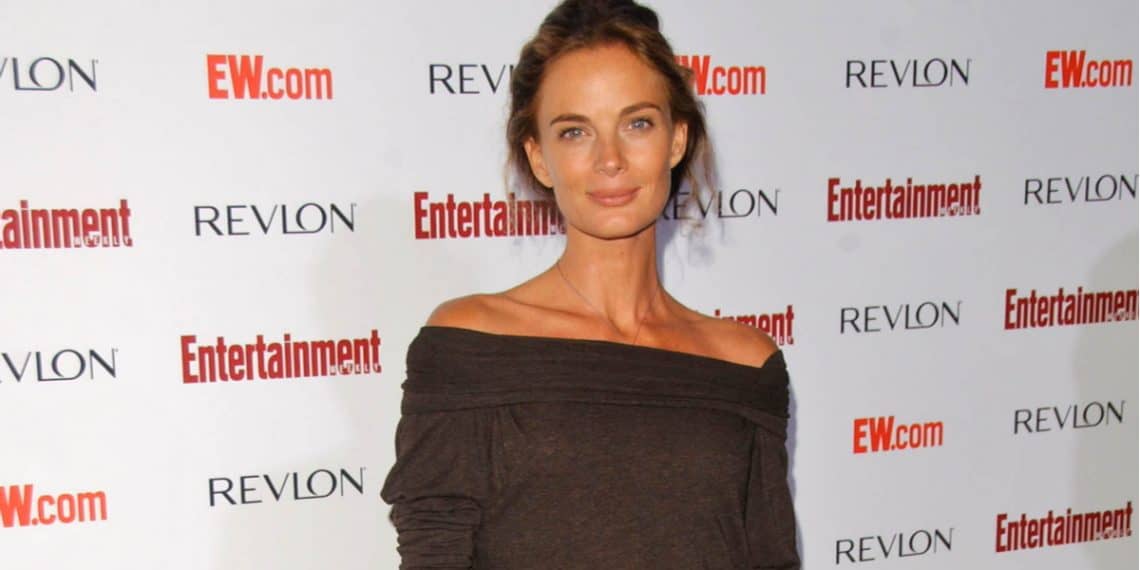 Gabrielle Anwar is an English American actress that has been in show-business for decades. Born in a village outside of London, she was the daughter of an actress, and her father was an award-winning producer and editor. After studying drama and dance at a theatre arts school in London, she started the career she was destined for, acting.

Pretty much all good to fully-achieved actors have those roles which can be considered career-defining. It is those parts that bring the actor’s incredible talents into the public eye and make them unforgettable. Here is a list of Gabrielle Anwar’s career-defining roles that let us know why she deserves her status.

In 1992, Gabrielle Anwar made her mark in the entertainment industry and gained worldwide fame dancing opposite Al Pacino in Scent Of A Woman. The drama film received great reviews, but it was Anwar’s flawless and seductive tango with Al Pacino’s blind character which launched her career to a whole other level. As a result, she has been steadily working since.

2. Katie Defoe in The Practice

The American legal drama, The Practice, ran for eight seasons. The show is known for its quality guest stars and even won the Outstanding Guest Actor in a Drama Series for five years straight from 1998-2002. During its seventh season, Gabrielle Anwar was cast as Katie Defoe for the “Dangerous Liaisons” episode that aired in 2001.

Although the role was a simple guest appearance, Anwar brought her years of experience behind the camera and played the part of the accused Defoe brilliantly. Her acting talents definitely don’t go unnoticed with the amount of skill and detail she puts into this character.

3. Emily Davenport in The Librarian: Return to King Solomon’s Mines

Those of you who love fantasy and action movies will definitely remember the flick The Librarian: Return to King Solomon’s Mines that appeared in the cinemas in 2006. Gabrielle Anwar plays the character of Emily Davenport, a strong-willed woman with 25 degrees and a determined and adventurous spirit. Emily teams up with the lead character, Flynn, to search for King Solomon’s mines. Anwar received high praises for the role, and thanks to her fantastic performance, she was nominated for the Best Actress in a Supporting Role in the 33rd Saturn Awards.

4. Princess Margaret Tudor in The Tudors

Acting as royalty is no easy task, but Gabriell Anwar makes it look effortless in her role as Princess Margaret Tudor in The Tudors. The super-popular historical fiction television series aired for four seasons from 2007 to 2010. The drama was set in the 16th century during the reign of King Henry VIII. While the show focused primarily on the love interests of the King, his favorite sister, Princess Margaret, manages to leave a mark on the show, thanks to the elegant portrayal by Anwar. Although she made a guest appearance and her character’s frame was short, Anwar’s acting skills helped her get a nomination at the Gemini Awards.

5. Lady Tremaine in Once Upon a Time

ABC’s fantasy adventure drama, Once Upon A Time, is a storytelling masterpiece that aired for seven seasons from 2011 to 2018. Viewers adored the fictional world that brought fairytales to life. The series touched on many beloved characters like Snow White, Cinderella, Pinocchio, Little Red Riding Hood, Rapunzel, and many more. In the final season of the show, Gabrielle Anwar was cast as Lady Tremaine. Anwar delivered a flawless performance of her twisted character and was nominated in the 20th Teen Choice Awards.

If you are a Sherlock Holmes fan, you would definitely remember the character of Rebecca Doyle. The character of a prostitute from Sherlock: Case of Evil was portrayed by none other than Gabrielle Anwar. Her character might not get enough screen time, but one thing is for sure. Her character had a prominent presence in the mystery to be solved. Furthermore, the way she lifted up the character was no secret as well. It is clearly visible on the screen and shows that Anwar is capable of doing a variety of characters effortlessly.

7. Joss in Lies Between Friends

Lies Between Friends is a mystery movie that was released in 2010. Gabrielle Anwar played the lead character, Joss. The plot revolves around the mysterious death of Joss’s old friend, who held secrets to the night when Joss’s boyfriend died. Her friend’s untimely death opened Pandora’s box of questions for Joss, and she aimed to find the answers all by herself. She simply wouldn’t give up, and the agitation of the character was clearly portrayed on the screen by Anwar.

Gabrielle Anwar is a face that has been in the spotlight since 1986. She has played a variety of characters with some of the most memorable roles. Whether it’s comedy or mystery, she has done justice to every single character. For her versatility and amazingly good looks, she is a big fan of Gabrielle Anwar! And why not! She has proved on several occasions that she is a force of nature that can’t go slow!