Mirror, mirror on the wall. Is this the scariest Mike Flanagan flick of them all? 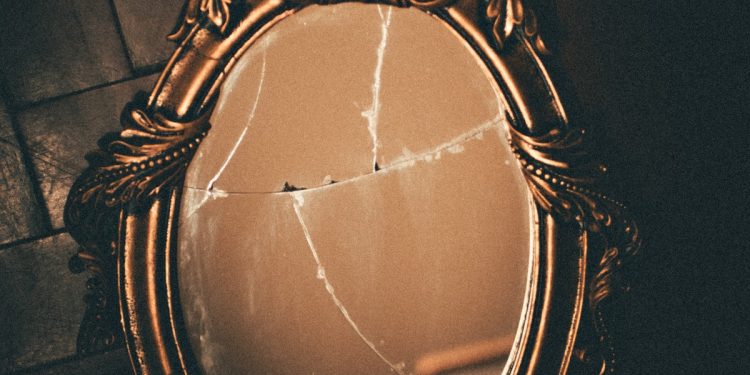 The Oculus movie is Mike Flanagan’s 2013 horror gem. It is hailed by reviewers as legit horror and is one of the scariest films to date. Oculus is on par with The Exorcist and The Conjuring. This is not your run of the mill horror movie. It aims to create psychological unease over any shock value gimmicks. This movie is smartly written and acted. The lead characters are played by recognized TV stars. Australian TV actor and hottie, Brenton Thwaites, plays brother Tim. While everyone’s favorite ginger and Dr. Who companion, Karen Gillan, plays sister Kaylie. Below are seven reasons why you have to check-out the Oculus movie.

Also, be sure to read 7 Best Scary Movies on Netflix That Will Make You Shiver.

So, What’s the Deal with The Oculus Movie?

First of all, what is an oculus? Well, by definition an oculus is an architecture term. In antiquity, an oculus was a circular opening in a window or a dome. You might be astute enough in drawing the parallels: the eyes are the window to the soul. In this case, the oculus is a self-reflecting, possessed mirror.

As far as plot goes, the Oculus movie is the story of siblings Kaylie and Tim. The movie begins in the present where Kaylie is reunited with her brother Tim upon his release from a mental institution after a ten year stint. Kaylie takes her brother to their childhood home, the source of all their trauma. We learn through flashbacks that their mother was murdered at the hands of their father. Kaylie believes their father was possessed by the antique mirror in their home. Tim is skeptical and is more of the ilk that his father suffered from martial woes and a mental breakdown.

In the present, Kaylie works at an antique store and finds the haunted mirror and brings its back to their home. She also learns of the mirror’s dark history dating back to the haunting of an English family in their Scottish home in the 1700s. Tim and Kaylie monitor the mirror’s effects on them with the use of cam recorders. Of course, spooky shit starts to happen. We then begin to question everything through the lens of the mirror: the lines of reality and perception are marred.

Mike Flanagan is a household horror name now. He’s got many hits that are also available for streaming on Netflix like Hush, Absentia, and Gerald’s Game. People also raved about The Haunting of Hill House and Steve King’s movie adaption of Doctor Sleep. Oculus had actually started as a 2005 short drama for Flanagan.

It’s called the “Stone Tape theory.” In the world of paranormal, there is widely held belief that objects carry residue of past energies and trauma. So in short, be careful about bringing home objects from granny’s house. You don’t know what kinds of attachments are linked with your objects.

As an aside, Ghost Adventures’ Zak Bagans has a haunted object musuem in Las Vegas, The Haunted Museum. ( They make you sign NDAs to enter.)

This a ghost story vamped up with some nice twists and turns. Mirrors are naturally creepy. However, The Lasser Glass, the cursed mirror, adds a level of mythos. The film plays with the notion of reality and superstition. Kaylie’s character is determined and mentally open to the possibility that there are unexplained things in this world. Whereas Tim’s character is logical but also skeptical to the whole situation. However, what happens when you cannot trust your own perception? SPOILER, the scene with Kaylie and the apple says it all.

4. Our Families Screw Us-Up More Than Anything

In the Oculus movie, family drama lingers and the pain runs deep. The curse of the mirror began with Kaylie’s and Tim’s parents and like genetics is passed onto them. One of the subtle horrors the film toys with is how past and present collide. Tim believed his father had an affair on the night that he died. However, his sister believes she saw a woman or demon from the mirror in that very incident. Either way, there parent’s actions whether of their freewill or possession greatly impacted their lives. As a result of their dad killing their mother, Tim kills his father and spends ten years committed.

3. Technology is as Fallible as This Damn Mirror: Nothing is Certain

The sinister within the mirror manipulates phone calls and voicemails. Kaylie sought to prove her theory about the Lasser Mirror with the use of camcorders and technology. In essence, technology becomes like the mirror in that it only reveals a projection of what we perceive. Dangerous.

Memories in the movie Oculus are like played-back stories. They mean factually very little. Tim and Kaylie confront their own vulnerabilities and insecurities through their shared memories about what happened to their parents.

1. Watching This Movie Calls Into Question How We Process Reality!!!

By the end of this movie, you will be questioning your own perception of the facts and events. Perhaps, in the beginning of the film you found Kaylie and/or Tim credible. And by the end, you might ponder a third interpretation. Hmm. See the Oculus movie for yourself now!