The Complete Man with A Plan TV Series Cast by Seasons 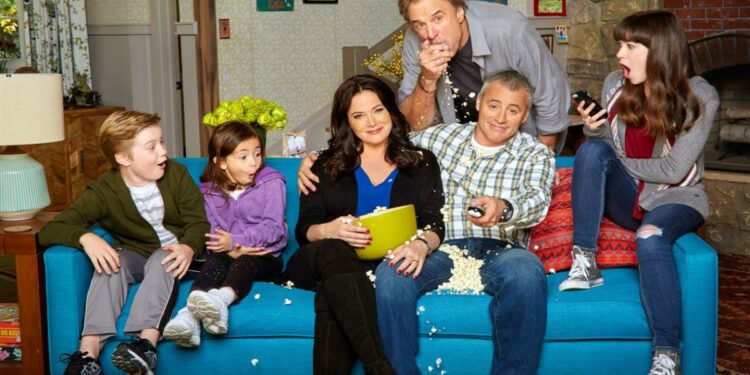 The first time we all probably fell in love with Matt LeBlanc was when he played the incredibly funny, cute, and a little slow ‘Joey’ on the highly acclaimed sitcom Friends. Ever since anything the actor appears on has always been a joy to watch. If you are anything like me and fall in love with a show just because you love the cast, then Man with a Plan cast will make you love the series.

About the Series Man with a Plan

Man with a Plan is an American television sitcom created by Jeff Filgo and Jackie Filgo. They also double up as the shows’ executive producers alongside Matt LeBlanc, Gregg Mether, Jame Burrows, Mark Gross, and Suzy Mamann-Greenberg. The series currently has four seasons, with 69 episodes in total.

Set in Pittsburgh, the series follows the life of Adam Burns (Matt LeBlanc) and his young family as he struggles to raise his three children. When Adam offers to stay at home and take care of their three children while his wife returns to work, he does not realize what he has signed up for. Andi, his wife, who has been a stay-at-home mom for the 13 years of their kids’ lives, feels it is time for her to return to the workforce.

Wanting to be a supportive partner and feeling overly confident in his skills to take care of the kids, Adam agrees to stay home with the kids. He is, however, met with the daunting task of how difficult it is to handle three messy children who cannot go a day or even a few hours without Wi-Fi.

See Also: How Many Episodes of CSI Has Marg Helgenberger Appeared In?

His eldest daughter Kate is a big manipulator and is at first thrilled at the idea of their dad taking over because she feels she can coerce him into doing what they want. His second child Teddy always has his hands inside his pants no matter how he is warned against it. Emme, their sweet little youngest daughter, is nervous about starting kindergarten.

The Complete Man with a Plan Cast

Getting the perfect cast to fit the roles written for them is never an easy task. Casting the wrong person for a role can be fatal for a show, especially if the character is a leading role. Let’s have a look at Man with a Plan cast.

Matt LeBlanc would definitely fit right in with any sitcom; the man is naturally funny and talented. LeBlanc plays Adam Burns, the patriarch of the Burns household. He is a good-natured and easy-going guy. Adam owns the Burns Brothers Construction alongside his brother Dan. He has played in all 69 episodes of the series.

Liza plays Adam’s wife – Andi. The series begins with her deciding to go back to work after being a stay-at-home mum for 13 years. Later in the series, she joins Adam and his brother Dan at Burns Brothers Construction, working as designers. She has been in all 69 episodes.

Grace plays the sassy and rebellious pre-teen daughter Kate to Adam and Andi. She is a master manipulator who tries to bend everyone to her will. Like every teen, she is often embarrassed by her parents.

Mathew plays the middle child Teddy Burns. He seems to be a little slow in the show, and his intelligence is often the subject of ridicule by other characters, including his parents.

Hala plays Emme – the sweet, adorable youngest daughter of Adam and Andi. The series begins showing by showing her anxiety over starting kindergarten. She has been in all the episodes so far.

The character of Adam’s older brother Don Burns is executed by Kevin Nealon. He co-owns Burns Brother Construction. Just like his nephew Teddy Burns, Don seems to be a little slow. He has a wife, Marcy, and an ex-convict son Mikey. He has been in 68 episodes of the show thus far.

See Also: 5 Signs Pointing That Charlie Cox Will Return as Daredevil in the Original Story Movie

Keach plays Joe Burns, adam and Don’s dad. He moves his motor home into  Adam and Andi’s driveway. He seemingly favors his don Don over Adam but says that is only because Don always needed more cuddling.

Rocha plays Don’s wife, Marcy Burns. She starts with a recurring role in seasons 1-2 but later becomes more permanent. She has so far been in 50 episodes.

The Man with a plan cast has also included several guest appearances from people like Jenna Dewan, Nick Alvarez, Nancy Lenehan, Merrin Dungey, Gary Williams, and Tia Mowry. The cast sure did a good job bringing the show to life and blessed us with laughs.

What Nathalie Kelley Learned During Her Vampire Diaries Days

What Cassidy Freeman Has Been Up To Since Longmire

The Crown: Your New Netflix Binge