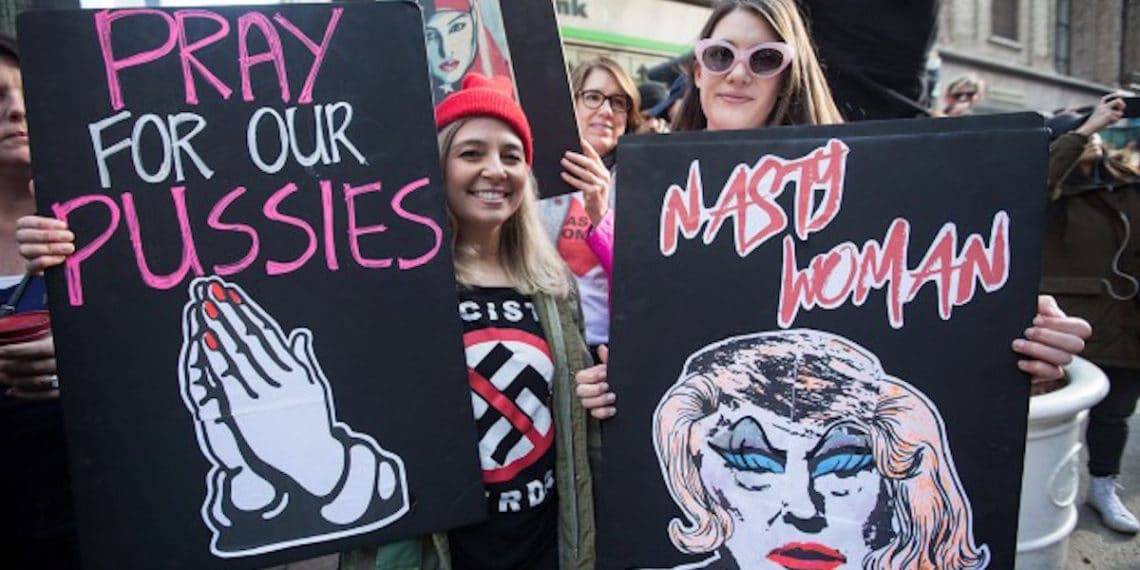 New York, or any city for that matter, can feel isolating at times. The vast amount of people living there allows residents to be just another passer-by and carry a blanket of anonymity around with them. This is one of the many reasons New Yorkers adore the city: You can be anyone.

Unlike small towns, walking down the street doesn’t require a head nod or a “good morning!” every time someone shares the pavement with you.

And, thank God for that, because not only would that be exhausting in the city, it isn’t part of New Yorkers natures to be unnecessarily friendly. Avoid eye contact and keep your head down, that’s the Golden Rule.

Although, there are times when everyone craves a familiarity from home or other interests that they wish to share their enthusiasm with like-minded people. Along with a few other reasons, it’s probably why places like Chinatown, Koreatown and Little Italy nestled into neighbourhoods. Sometimes, you want to feel understood and be around similar thinking people.

Language, food, ideas and politics can affect how we interact. There have even been studies on how people’s personality changes when they speak a different language.

Right now, it’s hard to communicate with anyone from “the other side” of politics without an argument starting. Which is awful. We should be able to have discussions without wanting to punch someone- but that’s what Brexit and Trump have done.

Living in NYC may seem like a liberal oasis, yet, there are many (millennials) that agree with Trump’s and other republican’s ideas. Or, they’re just men that think “feminism shouldn’t be a thing“. You can hear it on the street. You can hear it at the office; In bars and elsewhere.

Last year was a great year for women. Many of those in the recent midterm elections felt outraged at the election so they ran, and won. However, women are still not getting paid enough. Trans women are at high risk of being beaten, raped and murdered. There are still miles to go.

And, as Gloria Steinem showed throughout the 70 and 80s and now, organizing, talking and fundraising for women’s groups is one of the best ways, besides voting, to making change happen. Not to mention that being around progressive and successful women is amazing. So here are some groups that you can join in the city: for fun, for networking, for a chat, for pushing women’s equality forward and, in some, for an all women’s space to relax and have some rosé.

See Also: Cyberbullying? the First Lady Is on a Mission

NYWA was founded by author and philanthropist, Elinor Guggenheimer over 20 years ago. Their website describes the organizations goals as, “advances the interests of women and families through educational programs, advocacy, networking, and excercising the collective power of diverse women’s organizations and professional women in New York City.”

Like NYC, the group is equally diverse in membership. Amongst their list of beliefs, their largest devotion is to the pay gap, domestic abuse and relationship with the government. One of the committees, NYWA’s Government Affairs Committee, the Equal Pay Coalition NYC (EPCNYC), works with over 40 other organizations to close the pay gap and discrimination against women, women of color and low-income families.

Becoming a member is $65 ($25 for students) and allows you to be a part of the NYWA discussion and movement.

See Also: Why You Absolutely Should Call out Sexism in the Workplace

This group, made on the website Meet Up, currently consists of 772 listed members. It is specifically for black women, formed to discuss issues relating to them and their experiences today. The organizer recalls her mothers and “‘Aunts’ (I put this in quotes because they are not ) will gather around the living room and just chat about their kids, church, work, men, and so on. As a kid, I just looked at it as my mom and her friends were just hanging out and just talking. Ask I grow into my own person as a woman, a black woman; I realize that these talks they had were so crucial to their overall being.”

The aim is to openly, and safely, talk about “relationships, racism, sexism, work-related stress, sexuality, intersectionality, career, mental health, network, current events, pop culture, strengthening current relationships, and forming new ones.” Each meeting involves a pre-set topic. Past ones have included closing prisons and women of color in the #MeToo movement.

Their next meeting is scheduled Sunday, 27th of January at The Harlem Coffee Co. The topic: Unpacking Surviving R. Kelly Docuseries.

NGO Committee On The Status Of Women, NY

The NGO CSW of New York actively follows the United Nations Commission on the Status of Women and UN Women. The group supports the work that all of those organizations do, by holding up to 400 events to educate the public, regardless of gender, about the importance of empowering women worldwide. They also fundraise, hold monthly meetings with guest speakers and give awards to “Women of Distinction” every year.

Their main event, however, is a “consultation day” in NYC that comes before the UN Commission on the Status of Women event. “Activists gather from around the world to discuss issues pertaining to women and girls, to network, share strategies/best practices and to lobby governments to implement resolutions and treaties that they have signed. NGO Representative are brought together to caucus, issue joint statements and provide wording for the Agreed Conclusions of the annual United Nations Commission on the Status of Women.”

Isn’t it pretty? It’s more than just an Instagrammable place, though. Their aim, “is the professional, civic, social, and economic advancement of women through community. We believe that the act of coming together in furtherance of The Wing’s mission creates new opportunities, ideas and conversations that will lead to greater mobility and prosperity for womankind.”

In other words, it’s a (gorgeous) professional and social club for working women. It’s a place to network, work out of the office, in a safe, feminist space. As well as having a podcast and magazine, The Wing also have a scholarship and “encourage members to take part in direct action on social issues important to our community.”

If it all sounds too good and pink to be true, that’s because it’s quite pricey. The Wing doesn’t allow food to be brought in, as they have a café. Which makes sense. But, members have to pay around $180 per month- and that’s if they get accepted.

Since founded in 1966, NOW have been heavily pro-active in mentoring and encouraging women to run for positions of power; thus, protecting women’s rights and leading way for new fair laws and legislation. There are events held to network, further your career, learn about current discrimination and lead marches and protests in the city. They’ve launched Take Rape Seriously NOW and have a charity to help support survivors of sexual abuse/assault.

See Also: Himtoo Makes No Sense but Reveals so Much

The writer, artist, and new mum wanted to open  online, and IRL, for young women that, “provide[d] a resource for a modern community of women who are striving to create their own path, and want authentic advice to help them do so.”

The events, held in varying locations, are somewhat mentor sessions for attendees. And, shaped around self-fulfilment. Successful figures, such as Tavi Gevinson or Iskra Lawerence, come to talk and answer questions in a way to give advice and inspire. Yoga, Trust Yourself Sessions, and bra fittings have been all part of the mornings before.

Some of their interviews are online with pictures that make you jealous of not being there. They always have snacks. PLUS, events are free!

Attention Men: This Is Why We’re Catching Feelings