You may have seen Steve Howey in hit shows like Reba and Shameless, but read on for some movies the talented actor has been featured in. 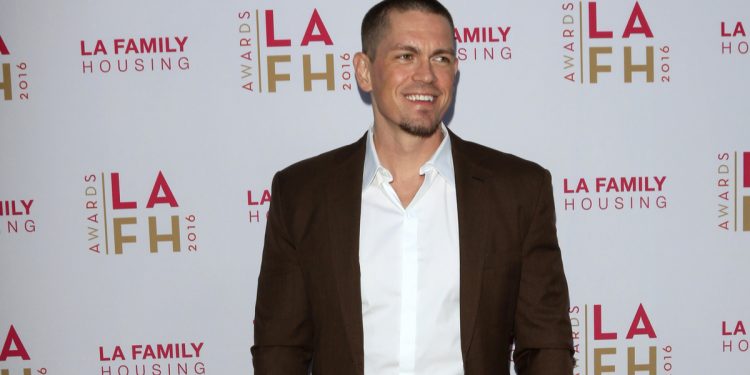 Steve Howey is an actor whose name you might not recognize but whose face you have definitely seen before. He is a 43-year old film and television actor that has been working in Hollywood for over two decades now. He is most known for his starring role in the Reba T.V. series from 2001 to 2007 and in Shameless, the Showtime dramedy.

But the talented actor has been cast in many films, some of which you might not have known he was in. Below is a list of 9 movies Steve Howey has starred in. Check them out and see if you recognize any of them!

Howey is featured as the underachieving protagonist in this horror film parody. Released in 2009, it showcased a movie store employee and his friends running into all types of different monsters as they try to make their way back home. The monsters are all parodies of classic horror films, such as Friday the 13th, The Ring, A Nightmare on Elm Street, and Van Helsing. Unfortunately, the film did not receive good reviews. It holds a score of only 14% on Rotten Tomatoes and grossed a mere $1.5 million when its budget was $14 million.

In this 2005 film, Steve Howey plays one half of a motocross-racing brother duo. The two brothers compete in an off-road motorbike race wherein Howey’s character wins the Supercross championship. Notable actors like Sophia Bush and Channing Tatum are also featured in this film. This film also did not rank very well, with a 5% Rotten Tomatoes score and box office earnings of $3.3 million with a total budget of $30 million.

This romantic comedy stars famous celebrities like Kate Hudson, Ginnifer Goodwin, and John Krasinski. Like most romcoms, it revolves around a love triangle. Steve Howey’s character is a romantic partner of one of the characters that are stuck in this love triangle. His character ends up together with one of the main female leads.

Though the film did not receive positive reviews, it did manage to earn a total revenue higher than the budget.

See You in Valhalla

This 2015 movie stars Sarah Hyland as Johana Burwood as she returns to her hometown after her brother’s death. This film has a 0% critics rating from Rotten Tomatoes and only received poor reviews knocking it for its unoriginality and lack of depth. However, Steve Howey was praised as the only character worth watching. His role as a gay stoner Hawaiin personal trainer was really entertaining to watch.

Conception is a film that showcases multiple couples through their experiences with sex and conception. Howey is featured as Joel, a man on a blind date. Connie Britton, Alan Tudyk, and Sarah Hyland are also part of the cast ensemble, along with many other well-known names. The film was fairly well-received and earned some praise for having engaging storylines.

Written by Joss Whedon, In Your Eyes is a paranormal romance film about a man and woman who can sense what the other is feeling and seeing, even though they live on different sides of the country. Howey plays as a side character named Bo Soames. The film earned fairly good reviews and has a 61% Rotten Tomatoes score.

This action comedy film features the famous trio Anders Holm, Adam Devine, and Blake Anderson as hotel housekeepers who have to save their guests from a terrorist hostage situation. It is essentially a comedy of Die Hard. Steve Howey plays Rich, one of the terrorists. The film was met with a negative reaction for its vulgarity and lack of originality, receiving only a 19% approval rating on Rotten Tomatoes.

A 2009 romantic comedy featuring Kate Hudson and Anne Hathaway as two childhood best friends who turn into enemies that compete to get married first. Howey plays Daniel William, the fiance of Kate Hudson’s character. The film received an approval rating of 11% and was described as “thoroughly insufferable via a lazy script and wholly detestable characters.”

Despite such negative reviews, the film was a financial success. It ranked number two at the box office on its opening weekend.

Stuber is a buddy cop comedy film where a meek Uber driver named Stu (hence the movie title, Stuber) picks up a cop trailing a murderer. Steve Howey starred as the side character Felix, a male stripper. The film has mixed reviews as many people thought there was great chemistry and acting from the characters, but that it failed to reach its full potential. It earned a 41% rating on Rotten Tomatoes and an overall revenue of $32.4 million, much higher than its $16 million budget.

Steve Howey has been featured in quite a number of films, most of them within the comedy genre. Despite playing funny or stupid roles, he is always praised for his level of acting and skill. If any of these movies sounded interesting to you, go and watch them and view Howey’s acting charisma for yourself.