From her early film festival accolades to her net worth, learn more interesting facts about the talented young actress. 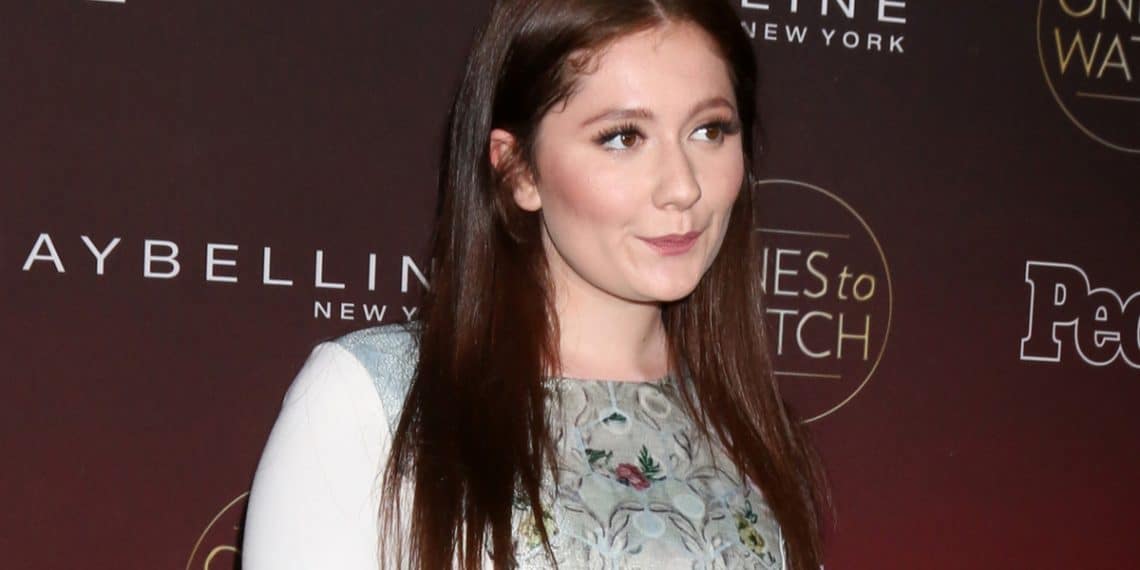 Emma Kenney is an American actress known for taking on roles from an early age and growing up on-screen alongside her characters. Born in Manhattan, she began acting at only 5 years old and hasn’t slowed down since. With a bright future ahead of her, everyone is wanting to know more about the young actor, so here are seven facts you didn’t know about this talented young lady.

She was the youngest finalist in an international film festival – at just ten years old!

In 2009, Emma Kenney wrote, directed, and starred in her debut film, The New Girl in Town. The film landed in the New Jersey International Film Festival and made Kenney the youngest director in the festival’s history to do so.

The story Emma created is about two young girls, Kelly and Julia, who invite the newest girl in their town over for a sleepover. They quickly discover that this new girl is a vampire and are forced to fight her off. The two friends try again with another new girl, only to find out this one is a werewolf.

When she was only 18 years old, Emma Kenney made a statement that she was going to take a break from social media to seek treatment for substance abuse and addiction. Though no one, including her friends or family, came out saying what kind of substance she was struggling with, a statement she released claimed that what she was doing was illegal because she was not yet 21 at the time.

Emma used this situation to tell fans that “it’s OK to admit that you need help, and it doesn’t make you weak,” and she has been an avid supporter of positive mental health and treatment ever since.

Emma Kenney has continued to make more money for her role on Shameless.

When Emma Kenney first won her breakout role as Debbie Gallagher on the Showtime hit series, Shameless, she was only twelve years old. Because the show was brand-new, Emma started out making $12,000 per episode when they began back in 2011. At the time, her contract included a 4% raise with each new season, so today she would be earning a minimum of $17,760 per episode!

However, since Emmy Rossum left the show back in 2019, Emma’s character has taken on a more substantial role in the show, so she has most likely been able to negotiate a higher raise on the most recent seasons.

She loves being behind the camera as much as she loves acting.

While Emma doesn’t credit any one thing in her life for this, she has developed a passion for photography. She became enamored with the hobby and purchased multiple film cameras to create a separate Instagram page in October 2020 (@emmaroseseye) to act as a home for her work. Emma has mentioned in interviews that photography is almost more interesting than directing films and acting in them.

The hobby has become a natural pastime for Kenney to pick up when not on set. All her work is of friends, family, and costars, so she has not taken this to a professional level yet.

The end of 2020 marked a successful year for Emma Kenney. All of the work she has done while starring in Shameless from 2011 on, becoming part of the Roseanne reboot turned The Conners cast in 2018, and every film and voice acting role in between, has earned her a substantial net worth of $4 million dollars at the young age of 21 years-old! This bright, young actress has risen significantly over the past decade, and with her continuing to star on two hit television series, you could expect her net worth to just keep climbing.

Emma Kenney has been an advocate for PETA.

Emma has been quoted as saying, “Opening up your life to a dog who needs a home is one of the most fulfilling things you can do.” These were not just empty words. She has supported this belief by filming multiple videos for PETA about caring for dogs, as well as being anti-fur and against puppy mills from 2017 to 2018.

She has even advocated for PETA on her social media feeds for various causes. Emma has said in past interviews that when her schedule allows, she would love to open an animal rescue someday.

She still had a normal upbringing, even while being a child actor.

Emma’s television roles started coming in when she was as early as 11 years old, but she says she still had a normal childhood and didn’t feel that she missed out on any normal kid experiences growing up. She grew up in Scotch Plains, New Jersey, and remained in public school all the way until 18. Emma never felt her level of recognition was ever too high that she couldn’t continue a regular life, and even living in L.A. now, she continues to go out with friends, travel, and participate in life experiences as if she wasn’t an actress at all.

Emma Kenney has achieved so much in her acting career already. Her upcoming work on the comedic drama, “Growing Up Gorman,” and the animated film, “My Love Affair with Marriage,” is sure to only add to her strengths and skills as a successful actor. With her young age, time is only on her side, and the world can’t wait to see what she grows into next.

From Corporate to Beauty Guru