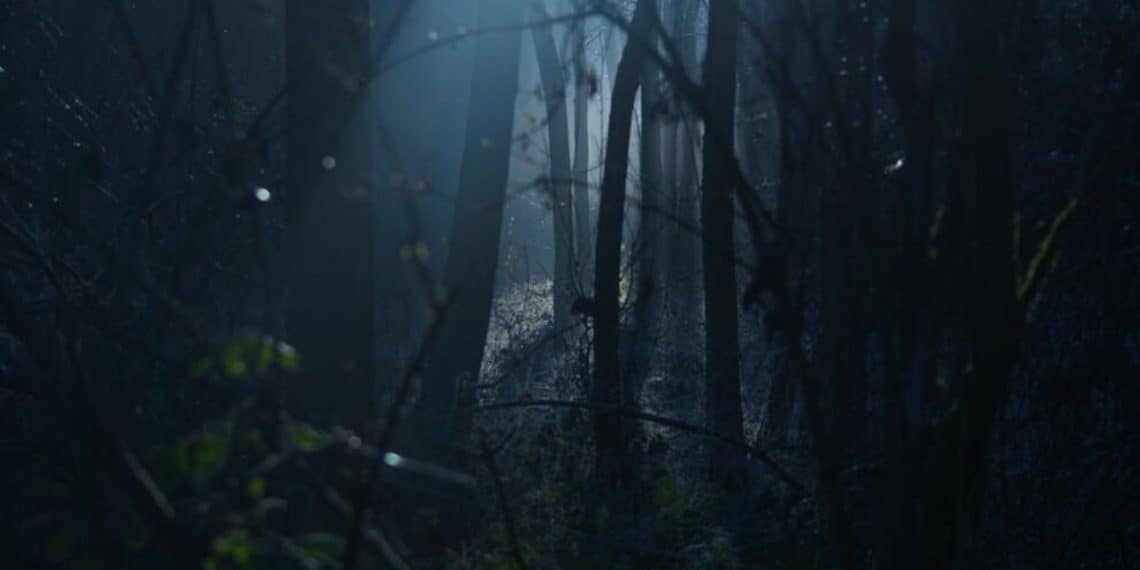 Some of the best scary movies are a click away on Netflix. What better way to get through winter than sleeping with the lights on? Scary movies are having a moment on the big screen. Recently, Midsommar, a pagan cult horror, put actress Florence Pugh on the map. (Fans of Pugh should check out on Netflix Malevolent.) I left the theater feeling legit nauseous and with a newfound trigger for flower crowns, so congrats to director Ari Aster. The Lighthouse with Robert Pattingson was another popular cinematic, slow burn horror.

But forget the big screen , Netflix offers some of the best scary movies to stream right from your couch.  Netflix has every ilk of scary movie from cult classics like Tucker and Dale vs Evil to vintage horror like The Candyman, American Psycho, and Rosemary’s Baby. Not to mention Sci-fi horror classics like Event Horizon with Laurence Fishburne.  There are also favorite horror comedies like Zombieland and newcomers like Life After Beth with Aubrey Plaza.

It was almost painful to just pick 7 of the best scary movies on Netflix, but here they are! Let us know in the comments section if you agree with our list.

*Remember Netflix movies are subject to rotation and are available for a limited time.

Bird Box was one of Netflix’s highest watched films in 2018.  It was reported that over 45 million subscribers had watched the film in its first week. The film began at the 2018 AFI Fest before being streamed worldwide. Bird Box was adapted from the book of the same name by Josh Malerman.  The hype even prompted the “Bird Box Challenge” where people opt to go about their daily routines blindfolded.

The premise is a post-apocalyptic world where a woman played by Sandra Bullock tries to shield her and her two kids from a sinister force that causes people who look at it to go insane and commit suicide. (Hence, the blindfolds.)  It’s not unlike the John Krasinski/Emily Blunt thriller, A Quiet Place, where monsters target their victims with sound. However, Bird Box is all about sight.

It’s a high concept contrivance horror. So, if you are more of the slasher and Friday the 13th ilk, then this film is likely above your head.  What is more terrifying than a monster that we cannot see?

A Train to Busan is one of the best scary movies on Netflix with zombies. The film takes place on a train in South Korea going from Seoul to Busan undergoing a zombie apocalypse. This is an internationally raved zombie flick. These are fast zombies, not slow and stupid. It’s a subtle commentary on the class structure in South Korea . It’s thrilling but also sad and moving. Viewers become attached to the characters on their journeys. Grab your tissue box, you’re gonna need it.

Netflix made headlines back in 2018. People were literally screaming, cutting off the movie somewhere before the page ten moment ( screen writers speak). The Spanish horror was screened at the Toronto Film festival in 2017. Veronica is the story of some hanky things happening to a teenage girl once she starts using a Ouija board. And as we all know, nothing ever good comes from trying to communicate with the dead. The film is said to mirror the “Vallecas Case” back in 1991 which is the era of the film. Teenage girl Estefania Gutierrez Lazaro had experienced seizures and hallucinations after trying to contact the deceased boyfriend of one of her friends . Short after, Estefania had died mysteriously and her house according to police reports is haunted (yikes). You can read up more on the case here.

Shutter is one of the best scary movies on Netflix and it comes out of the Asian cannon of horror. Move over The Ring, which is also available for streaming. Interestingly, the film is a Western remake of the 1998 Japanese horror film Ring. A Thai film, Shutter is the story of a young woman who is being haunted by the woman she hit with her car through photographs taken by her boyfriend. It soon becomes evident this spirit is no Casper, the friendly ghost.

Whatever you do, make sure you put Under the Shadow in your watch que. The film is in Persian and uses the Iran-Iraq War as the too close for comfort backdrop. A young woman and her daughter are being haunted by the victims of missile attacks in 1980s Tehran. We learn more about the legend of the Djinn, a neither good nor evil presence. They resemble in the Islamic mythology genies , and in Under the Shadow, they are the spirits of tormented victims who can possess the living.

If you have any kind of existing or former religious upbringing, this film will get under your skin. The Witch, also known by its other title, The VVitch: A New England Folktale, is in the vein of horror as The Exorcist or The Omen. People People call it one of the scariest historical films ever. Remember reading Arthur Miller’s The Crucible in school? It is like that but times ten.

The film,written and directed by Robert Eggers is deeply unsettling , as it taps into American psyche. Beautifully shot, the story follows an early Puritan family who discover the presence of evil (the devil) on the fringes of their New England farm. Moral of the story: don’t go into the woods where witches live. No, what this film does well is exploit the same horrible sequence of events that resulted in the Salem witch trials. It’s a Puritan nightmare where women are the sex in power. The most memorable scene involves a goat ( heavy symbolism).

Horror now speaks to our deep seeded fears about technology. Cam is the story of a cam girl who wants to elevate her rankings on her porn-site host channel. Then, her account locks her out and that’s when things get weird. Someone who looks EXACTLY like her, her Doppleganger, is live streaming from her channel. And you thought getting locked out of your phone or unfriended was life changing.

The film is sex positive and progressive towards female sex workers. The lead character is not a victim like many tropes where females prostitute themselves. Rather, what makes this film terrifying is the notion of stolen identity in this digital era. How like a house of cards, the persona we build up on Instagram, Linkedin etc, could just fall away. Then, what version of ourselves would we be left with? If that feels to heavy for a Netflix scary movie and you need a drink, read our article “9 Easy-to-Do Mix Drinks with Vodka that Taste Delicious.”

The list would not be complete without a movie of American horror film maker, Mike Flanagan. Netflix is a treasure trove of some of his best. Recently, he directed for the big screen Stephen King’s film adaption, Doctor Sleep (2019), the sequel to The Shining. Currently available for streaming is Hush (2016), Before I Wake, Ouija: Origin of Evil (2016), and The Haunting of Hill House (2018). His new series Midnight Mass will be available in 2020, along with The Haunting of Bly Manor, the follow-up to The Haunting of Hill House inspired by Henry James’ novel The Turn of the Screw. Read the Newsweek article for more info.