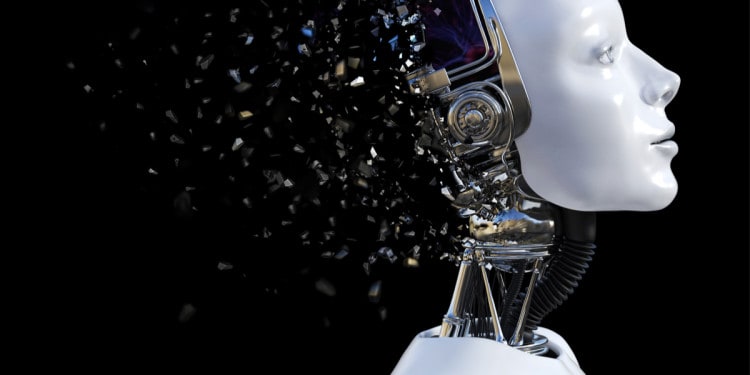 Movies about robots ignite our imaginations. They also highlight some of our collective neuroses about the future. It’s happening. There’s no way around it: automation is here. And robots are the way of the future. There is no shortage of films about robots and artificial intelligence (AI). We are all familiar with films like Star Wars, The Terminator, RoboCop, Chappie, Transformers. People will be excited to know The Matrix 4 (2021) is on the horizon. Also, HBO in 2020 will drop the third season of Westworld. May we add, who doesn’t dig a Sci-fi Western?

Below are 13 little known movies about robots for the CPU that is your brain. Surprisingly, there were a TON of films to choose from. Unfortunately, films like Ghost in the Shell, I Robot, The Day the Earth Stood Still, Blade Runner, and Wall-E did not make the list but we highly recommend them. Check-out this list for a more complete list of every robot movie ever made.

Demon Seed is a robot movie from the vault. In Donald Cammell’s 1977 horror, a self-aware computer infiltrates a scientist’s house and impregnates his wife (Julie Christie) with a cyborg baby. It sounds crazy, but there are those who can appreciate some of the topical themes the film wrestles with despite the optics of bad special effects.

It has been noted that this film was released just as Michel Foucault released his Discipline and Punishment, which details what he refers to as “anonymous power.” Anonymous power is the feeling that you have lost control over your environment and are being watched by an unseen entity. The reboot of Invisible Man (2020) with Elizabeth Moss plays on the same fears about a technology system that is detrimental to women and their safety. (Cough, cough smart homes.) So, don’t write-off Demon Seed from your list.

Okay, so this film makes nobody’s robot movies list. Not even the above-noted list by Wikipedia mentions it. Weird Science is actually a fun, 80s teen classic. Hopefully, you can get past some of the misogyny that was integral to this decade as high top sneakers. The plot is pretty simple, two high school nerds decide to make a hot, female robot.

We see a lot of the fembots or “gynoids.” in this genre. Interestingly, the first robot film was made in 1927 Metropolis and featured a fembots. In Austin Powers, the fembots shoot things out of their coned bras. And in Stepford Wives, the robots are disguised as suburban housewives. Side note to the male ego: even a hardwired woman can see through your BS.

There are a lot of terrific animated robots movies. People may recall Iron Giant (1999) or Robots (2005). The TV show Gumby got a claymation movie in the 90s. The villains are a team of AI known as “The Block Heads.” They kind of suck, but no worries Gumby, his pals, and his sidekick a horse called Pokey prevail. Gumby:The Movie as a great theme song “Take Me Away” with a dance montage for your inner child.

For these robot movies, it is almost advisable to not watch the trailers depicted above because they contain spoilers. In Moon, in the near distant future people have found an alternative to oil known as helium-3. Sam Rockwell plays the astronaut who mines the resources on the far side of the moon. And Kevin Spacey is the voice of his AI companion, GERTY. This one is a real underrated robot movie gem without giving too much away.

Firstly, Enthiran is quiet possibly one of the worst movies ever made. However, it has robots and Bollywood! Enthiran is Tamil for robots, the Indian dialect of this film. In between great music numbers, a scientist creates a robot that falls in love with his girlfriend and is also susceptible to manipulation at the hands of a rival scientist with homicidal tendencies. Its sequel 2.0 was released in 2018.

How we all dream of spending our old age, having a companion AI to help us in our side hustle of robbing homes. Frank is a retired jewel thief who develops a friendship with his AI. Robot and Frank is a lighter take on the genre with some great comedic moments, as well as points of reflection.

In Her, Joaquin Phoenix falls in love with the voice of virtual assistant Sam (Scarlett Johansson) and her endearing, breathy voice. All relationships get heavy, but this film takes the cake. Truly, a great robot movie and love story for our generation. Like the Sci-fi Eternal Sunshine for the Spotless Mind, espouses the question: what constitutes real love–the lover or the loved-one? This is a heartbreaking and poignant film over-all.

If after that you need a laugh, read our for fun things to get Siri to say. Start with requesting the lyrics to “Bohemian Rhapsody” (trust us).

In Transcendence, Johnny Depp stars as the world’s prime authority on artificial intelligence. What happens when the machines become stronger than their creators? This is the slippery slope with which the film operates on. It’s one of the best philosophical Sci-fi flicks to date with superb acting. Morgan Freeman and Cillian Murphy(Peaky Blinders) also have starring roles.

Ex Machina is one of the best contemporary robot movies EVER. The story is a programmer wins a contest that allows for him to be the human factor of a Turing test featuring a beautiful AI named Ava played by Alicia Vikande. However, Ava is more self-aware and capable than the scientist had realized and things get complicated. The film won Academy awards as well as BTFTA awards.

Passengers stars Jennifer Lawrence and Chris Pratt who are passengers along the Avalon, a craft set on a journey lasting 120 years to the planet Homestead II. Chris Pratt’s character has the misfortune of waking from his pod. After only a year in the pod, he has no one aboard the ship for company except the android bartender played by Michael Sheen. Jennifer Lawrence’s character is prematurely woken from her pod as a solution to his loneliness. Passengers is a refreshing addition to the Sci-fi cannon with a love story.

If you have not seen the original Blade Runner. Run don’t walk. In the reboot, Blade Runner 2046, Ryan Gosling( a blade runner) discovers a dark secret hidden by the LAPD and seeks out to find bland runner thirty years ago played by Harrison Ford.

I am Mother is an Australian Sci-fi that was released on Netflix in 2019. It gets a little Handmaids Tale-esque. A teenage girl is raised by robots to repopulate Earth. The girl is referred to as “daughter” and the ship is powered by “mother” the voice of Rose Byrne. Things get chaotic when Hilary Swank’s character, an unnamed women seeks, refuge aboard the ship.

Be on the look-out, for film Bios,which is the story of the last man on Earth who invents an android to keep him and his dog company. The film will star Tom Hanks and will be released in October of 2020.