Who is this beautiful model and actress? 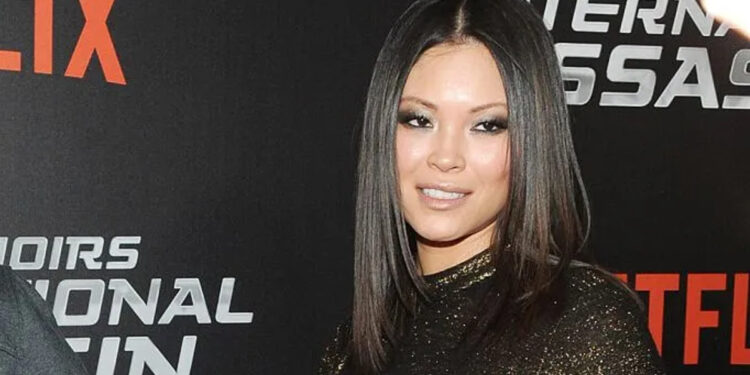 Steffiana De La Cruz is a beautiful and talented woman and actress. She is known for some of her more popular roles as well as being the wife of comedic actor, Kevin James. What many might not know is that she was not always an actress. So how did her career begin? Does she enjoy being in the public limelight? Read on to learn all of that and more. Here is everything you need to know about Steffiana De La Cruz.

Steffiana De La Cruz Is Private About Her Early Life

Steffiana De La Cruz was born on August 28th of the year 1974. She was born in the United States of America. Steffiana was originally given the name Stephanie Anna Marie Zantua, though she changed her name for her career. She was raised in the Christian faith and had dreams of becoming a famous actress ever since she was a little girl. Steffiana is a Filipino-American actress.

This is pretty much the extent of what the public knows about her early life. Steffiana De La Cruz is an extremely private person who enjoys keeping her personal life separate from her professional life.

She Does Not Use Social Media

There are lots of celebrities who do not enjoy using social media (or at the very least do not use public accounts). Steffiana De La Cruz is not any different from them. She does not use an Instagram account or a Twitter account. This makes a lot of sense when considering how private she is about her early life and her current personal life.

It is actually very refreshing to see more mainstream celebrities create these kinds of boundaries for themselves. In the wake of seeing everything that happened to Britney Spears due to the public’s involvement in her life, the privacy of celebrities should be celebrated. While Steffiana De La Cruz is in no way ignoring her fans, it is clear that she wants some level of privacy for her and her family.

One aspect of this famous and beautiful model’s life that we do know about is her relationship with Kevin James. It is extremely wholesome. In 2001, the two actors were set up together through a blind date. Kevin James is roughly ten years older than Steffiana De La Cruz. The couple almost instantly fell in love with one another. They immediately hit it off and would end up moving in with one another a mere three months later. Steffiana De La Cruz and Kevin James had officially announced that they were engaged by the fall of 2003.

In 2004, the loving couple officially tied the knot with one another. They got married on June 19th, 2004. This means that as of recently, the couple has been married for 18 wonderful years. Their ceremony took place in Dana Point, California. It was a Catholic ceremony that was held at the Saint Edward Catholic Church. They invited their close family and friends including the famous comedian Ray Romano.

After their beautiful and touching ceremony, the couple celebrated their reception with their family and friends. The reception took place at the Montage Resort which is located in Laguna Beach. Despite the usual privacy the couple tends to keep, Kevin James does often post about how much he loves Steffiana De La Cruz on their wedding anniversary.

Throughout the years Steffiana De La Cruz and Kevin James have had four children together. Their first three children were daughters, Sienna-Marie, Shea Joelle, and Sistine Sabella. Their fourth child was a son named Kannon Valentine (likely named after Kevin’s brother’s stage name). As is to be expected, they are very private about their children. However, they are both open about how proud of their kids they are. They also open up about how they always want to do right by their children.

Steffiana De La Cruz began her career as a model. She very quickly became fairly well known as a model. This comes as no surprise due to her beautiful brown eyes and overall gorgeous appearance. Through all of her modeling gigs she met and worked with lots of other celebrities. This list of celebrities included her ex-boyfriend the late Chris Penn (brother of Michael Penn and Sean Penn).

After modeling, Steffiana De La Cruz decided to try her hand at acting. She has been in several TV shows and movies. Her most notable appearances in shows include Pacific Blue in 1999 and Kevin Can Wait in 2017 and 2018. She has also appeared in both Paul Blart: Mall Cop movies with her husband as well as Zookeeper in 2011.

Steffiana De La Cruz has led an interesting, albeit very private life. It is not very common to see a big celebrity have such strong boundaries with the public, but it is really nice to see. She has had a very successful career and a very loving family.

How Old Was Griffin Gluck When He Started Getting Mainstream Roles?
The Seven Best Téa Leoni Roles
Jillie Mack’s 34 Years Of Healthy Marriage Can Teach Us Tons
7 Best New York City Comedy Clubs for Stand-up Enthusiasts
Behind the Scenes with Netflix’s Allison Strong