The best places to catch stand-up in New York City. 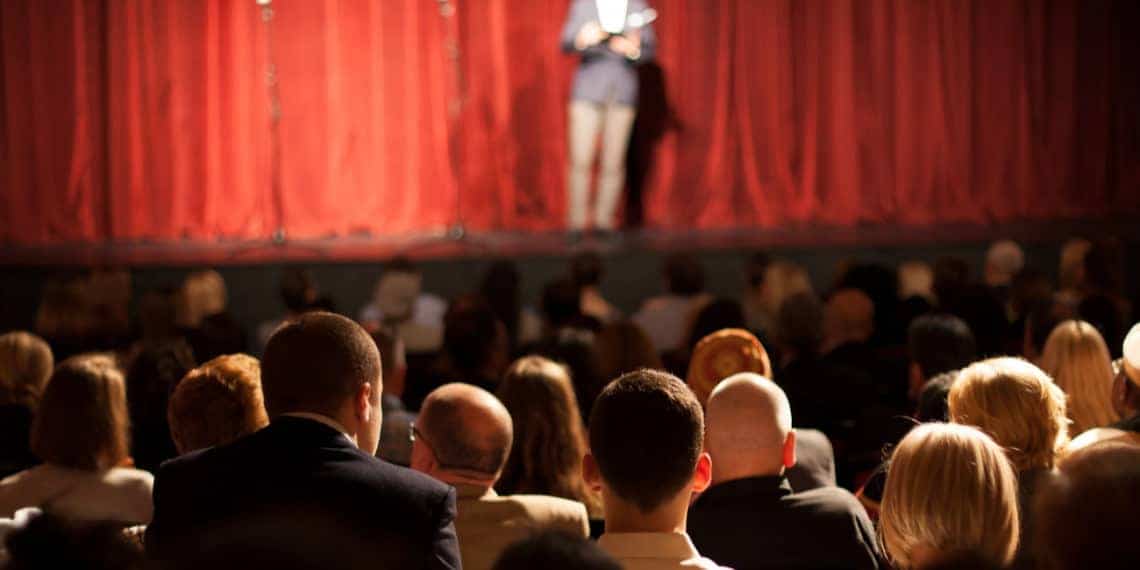 These New York City comedy clubs also make amazing date spots. So, if you’re looking for the best ones around that feature knee-slapping stand-up acts, start with our favorites. We guarentee you’ll be dragging your friends there week after week to see the nightly line-ups.

The Pit is one of the best New York City comedy clubs to visit. It has a range of different acts from improv troupes to sketch to, of course, stand-up! The Pit offers classes, so it is very much a community of creatives that flock to these shows. Going to The Pit guarantees you some great inexpensive, sometimes even free, comedy in a relaxed atmosphere. Also, the bar upstairs is super cheap, so take advantage of that while you catch up with the entertainers after the show.

We all know Comedy Cellar because of Louis C.K., but that’s not the only reason this place is a gem in West Village. Comedy Cellar was founded in 1982 and since then has hosted many of the top comedians of our generation. Stop in on any night to see a killer show, then walk around West Village and stop at one of the many hot restaurants for a bite!

Stand Up NY is one of the best stand-up comedy clubs in New York City. It’s open seven nights a week, so they’ve got you covered whenever your funny bone needs a tickle. The club hosts famous comedians such as Jerry Seinfeld and Chris Rock, but also opens its doors to newcomers hoping to make a name for themselves. And, they’re smart performing at this location because many ABC, HBO, and other network producers get their drink on here and seek out talented new performers.

New York Comedy Club is a favorite for stand-up enthusiasts. It is located in Gramercy and features stand-up comedians seven nights a week. The vibe of this club is traditional with an old style brick wall behind the stage. The pre-show and post-show drinks specials are definitely something to take advantage of too!

Gotham Comedy Club open in 1996 by two New York natives who had a passion for comedy. Their vision for the club was pure ambiance. They wanted to give their guests the ideal environment to enjoy themselves. Dave Chappelle, Lewis Black, and many other famous funny guys have graced Gotham’s stage. It was also featured in Jerry Seinfeld’s “Comedian” and Larry David’s “Curb Your Enthusiasm”.

You’ve probably noticed the sign for Carolines On Broadway while you were out walking around Times Square. But, maybe you didn’t know that it’s one of the best New York City comedy clubs around. This is the place to go in New York if you are looking to catch your favorite stand-up comic. All of the people that perform here already have made their name and have a huge following. And, although it is a huge venue for stand-up, tickets go fast! So, get yours now!