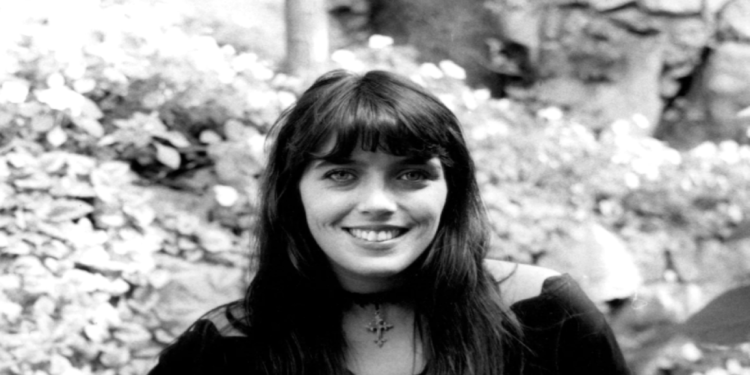 Social media can sometimes be a destructive tool when you let everybody know about your personal affairs. When it comes to celebrities, most fans feel entitled to know everything about their lives. However, more and more celebrities are taking a back seat when it comes to airing their lives on social media. Julia Arnaz is one of them.

When you come from a relatively private family, it is only natural to want to lead a relatively sheltered life. Being born to famous parents automatically thrusts you in the limelight; Julia Arnaz has taken her ‘celebrity child’ status all in stride and has kept a low-key status across social media.

Who is Julia Arnaz?

Julia Arnaz is the daughter of famous actor Desi Arnaz Jr. and Suzanne Callahan Howe. She was born in Los Angeles, California, in the United States. Her grandparents are also celebrated television stars Lucille Ball and Desi Arnaz, who were popular for their roles in the sitcom I Love Lucy.

Julia has one step-sister, Haley Arnaz, from her father’s second marriage to Amy Laura Bargei. Haley sadly passed away in 2015 due to cancer. Julia grew up with her mother, Suzanne, and never had a relationship with her father until she was nearly 20 years. It is believed that her parents had her at a very young age; her father, Desi Arnza Jr., was only 15 years old when he had her.

See Also: Why Doesn’t Ari Fletcher Want People to Use Her Last Name

Julia reveals she grew up knowing she had a Hollywood family pedigree and that Lucille Ball was her grandmother. It was not until 1989, when her famous grandmother passed away, that she decided to seek out her father.

It was not until her paternity test with her father that Julia was thrust into the limelight. She reveals that she took a DNA test, and it came back a 99.97% match! This would form the beginning of a beautiful relationship with her father, who she credits for helping her a lot in her life.

Son of famous comedy legends Lucille Ball and Desi Arnaz, Desi Arnaz Jr. is also a renowned actor in his own right. He was born on 19th January 1953 and has one older sister, Lucie Arnaz. His birth was highly publicized since, at the time, his parents had the leading roles in the sitcom I Love Lucy, and the pregnancy was inducted into the storyline.

He had a keen interest in playing drums, and at age 12, he had his little band with Dean Paul Martin and Billy Hinsche. They called themselves Dino, Desi & Billy. Desi Jr. has had a lustrous acting career, just like his parents. He has even co-starred opposite his mother in Here’s Lucy together with his sister Lucile. He has gone ahead to appear in many highly acclaimed films and shows after that.

His first daughter, Julia Arnaz, was born just a year after making a guest appearance on The Brady Bunch. At the time, nobody knew that he was already a father; in fact, it is not even clear if he knew himself. When news of the paternity test broke out back in the day, it became a huge scandal as not many celebrities had babies out of wedlock.

After the revelation, however, he stepped up as a father and even sought to form a relationship with his daughter Julia.

See Also: What We Know About Floyd Mayweather’s Relationship With His Youngest Daughter Jirah

The Tragedies of Julia Arnaz’s Life

Julia Arnaz has long suffered from a drug addiction problem to cocaine. Her father has since helped her get rid of her addiction by putting her in various rehab facilities. She has since dealt with her addiction and hopefully will remain that way.

Julia’s daughter, Desiree, was diagnosed with cancer at age 25 and passed away at the age of 31. Julia reveals that watching her daughter slip away was one of the hardest things she has ever had to do. She also lost her mother in 2020 from the Covid- 19 virus.

Why She Keeps Off Social Media

Julia Arnaz is a pretty private person, just like her father and mother. She keeps a very low-key and private life and only speaks out when it is absolutely necessary. Not much is known about her other children nor their father(s).

She rarely speaks about her life but has spoken about her struggle with addiction, perhaps to help someone who may also be struggling. She also came out to speak about her daughter’s death and what an amazing girl she was.

Her daughter’s death has prompted her to work with younger women as an advocate for breast cancer early detection. She champions for women to receive early treatment as it can make all the difference in their lives.

Keeping a private life on social media is important, especially if you have celebrity status. Julia Arnaz has surely mastered the art of keeping her affairs private, and we cannot fault her for that.

Everything we Know About Luke Combs’ Wife Nicole Hocking Combs

Does Tom Cruise Have a Relationship with Daughter Suri Cruise?

Reasons Why You Should Invest In A Gucci Cardholder