Learn more about the multi-faceted actress, Tea Leoni, and the seven best roles that demonstrate her amazingly versatile acting abilities. 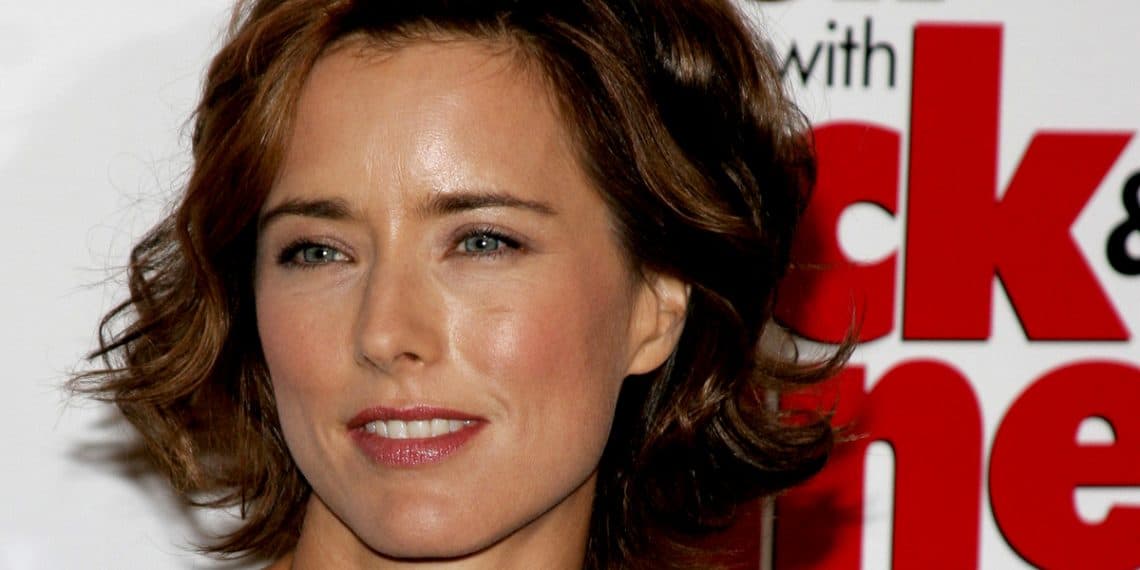 Téa Leoni is an American actress of Irish, Italian, and English descent. She began receiving recognition for her acting talent back in 1989 for her work on a popular 90’s soap opera. Since then, she has been cast in feature films, television sitcoms, and a hit CBS series.

After thirty years of working as an actress, Tea Leoni has left her mark on both television and film. She shows no signs of stopping anytime soon. Looking back on her long and colorful career, these are our picks for Téa Leoni’s seven best roles.

Téa Leoni starred in the 1998 sci-fi disaster flick, Deep Impact. The performance was one of the early roles that jump-started her career. She went from moderate-sized parts on television and onto the silver screen.

In the film, Téa played an MSNBC journalist investigating a government scandal, only to find out an asteroid was hurtling toward Earth. Not only was Téa Leoni able to prove her wide range of abilities as an actress in Deep Impact, but the movie also grossed almost $350 million at the box office, well over their production budget. To commemorate her role, an asteroid found by scientist Eric Elst was named after Téa.

Fun with Dick and Jane

In this 2005 Judd Appatow remake of the 70’s classic, Téa Leoni stars alongside famous funnyman Jim Carrey. Dick (Carrey) opens the movie as an executive in a corporate firm. But he is quickly fired and faced with the reality of telling his wife Jane (Leoni) that they are now out of income and about to have their lifestyle change drastically.

At this time, Téa was not known for her comedic roles. She put her best foot forward in the hilarious antics between the husband-and-wife duo. As praised as her performance was, Téa later stated in an interview that she “never looked at [herself] as being particularly funny.”

After a slew of starring roles in action-packed feature films, Téa found herself opposite of Nicholas Cage in the romantic drama, The Family Man. Téa Leoni plays the role of Kate, wife of Jack (Nicholas Cage). Jack temporarily lives in an illusion of what life could have been like if he and Kate had ended up together. But instead, they are separated by each character’s individual drive to be successful business people.

For the first time in her career, Téa was able to step out of her tense, action-packed typecasting. She was able to show she could be flexible and work with emotional dramas, as well.

Tea Leoni’s role in Spanglish was opposite that of Adam Sandler and Paz Vega. This is one of the few roles she was given where she was able to play the antagonist. As the wife of Adam Sandler’s character, the couple takes in Paz Vega as their live-in nanny, where the audience sees that Téa’s character is a manipulative mother and (eventually) an unfaithful wife. It is so easy to dislike this horrible woman of a character, that you forget how loveable Téa has been in every other role up until that point, showing the depth of her acting ability.

It can be easy to forget that Téa Leoni was in a Jurassic Park movie. However, it wasn’t because of her lack of acting skills. The movie simply wasn’t the legendary first installment in the franchise.

While this movie was the lowest-grossing flick in the series, it still garnered plenty of positive reviews. They were thanks to the outstanding performance of Téa Leoni and her costars William H. Macy and Sam Neill.

In the movie, Amanda (Leoni) and her ex-husband Paul (Macy) contract Neill’s character to return to the fabled island to find their son, which involves the usual dinosaur-packed action adventures that eventually bring Amanda and Paul back together after successfully rescuing their son.

From 2014 to 2019, Téa Leoni played the lead role in the CBS hit series Madam Secretary and even worked as a producer under executive producers Morgan Freeman and Lori McCreary. The wildly popular show follows Elizabeth, a former CIA analyst turned Secretary of State, for 120 episodes which detail the political and personal challenges of being a female in such a position of power. Téa Leoni’s knock-out performance gained nine nominations for the show, with two of those winning. Since then, Téa has been in a committed relationship with then costar Tim Daly while raising two children from her previous marriage to David Duchovny.

Last, but absolutely not least, we have to give a huge nod to Téa Leoni’s breakout role in the famous film, Bad Boys. In Michael Bay’s first hit movie, Téa played the dark-haired Julie Mott, unintentional helper to two Miami detectives played by none other than Will Smith and Martin Lawrence. This was Téa’s first real chance to step up and show her mastery of her skills and emulate a level of sarcasm and wit that helped catapult this movie to various award nominations and hall of fame status across the globe.

Regardless of the genre of film or television Téa Leoni has been in, it’s clear her varied roles have built her into one of the great, multi-faceted actresses for our modern age. Her ability to work in anything from romantic comedy to thrilling action proves that she still has plenty of quality work to give with the end of her Madam Secretary series. We should continue to see more of her in the coming years.

Saying ‘No’ When You Are Mentally Exhausted

How Round Should Your Tummy Be at 26 Weeks Pregnant?