How have she and Tom Selleck remained happy for this long? 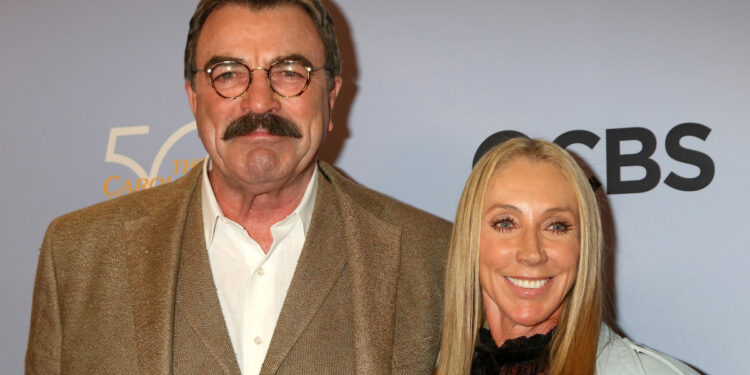 Jillie Mack was born on Christmas Day, December 25th, in the year 1957. She was born in Devizes, Wiltshire, England. Jillie is a very talented actress, although she has not acted in many TV shows or movies since the year 2002. She is most known for her roles in the 80s and 90s in shows such as The Wizard, Magnum P.I., Frasier, and Tales From The Darkside.

Jillie Mack is also married to the famous Tom Selleck. While many celebrity couples tend to break up quickly, the love these two actors have has stood the test of time. So what are their secrets to a happy life together? How have they made this marriage work for nearly 35 years? Here is a closer look at Jillie Mack’s marriage to Magnum P.I.’s Tom Selleck.

In 1984, Jillie Mack was starring in London in the famous feline-focused musical, Cats. She played the character Rumpleteazer. Jillie was a very high-energy dancer and immediately caught Tom’s attention. He ended up seeing this show multiple times while filming in London. He constantly told his co-workers how wonderful it was.

Eventually, he would ask his soon-to-be bride out for drinks. Drinks turned into dinner, and dinner turned into a budding romance for these two actors. After Jillie Mack’s contract for Cats ended, she moved to Hawaii to be closer to Tom Selleck. Whenever Tom Selleck was in public it was no surprise to see his beautiful girlfriend, Jillie Mack, right by his side, supporting him.

In August of 1987, the infatuated couple surprised fans and paparazzi alike by getting married. Tom’s brother helped them to arrange the entire ordeal. They booked an appointment at a 24-hour wedding chapel in Nevada. Jillie and Tom snuck into the venue in street clothes and changed when they got there. They only invited their family to the ceremony. The couple used the fake names, Suzie Mark and Tom Jenkins to reserve a spot. Their minister did not even know their real identities until right before the actual service.

The couple would take polaroid pictures together for their ceremony so that their actual wedding photos would not be leaked to the press. While they were nervous to get married, the minister said their wedding was incredibly heartfelt and meaningful to the beautiful couple. A year later they welcomed their daughter into the world.

Having their wedding in this unsuspected way definitely gave them the luxury of a private and personal affair. This decision solidified that they were going to face life together as partners.

It’s The Little Things That Count

Jillie Mack’s husband, Tom, has said in interviews that he gets up a few minutes early every morning to heat up the water for Jillie’s morning tea. This way as soon as she wakes up, she’s able to start her day with a hot cup of tea.

Jillie has said in many interviews that Tom Selleck is a big softie. While he may often be type-cast as a tough guy on screen, he’s actually incredibly loving. She says that he always goes out of his way to do the little things (like heating up water for her tea) to make her happy.

When thinking about romantic gestures it is easy to think big. Running after someone in an airport to confess your love, or standing outside their window with a boombox. But doing the little things for one another can mean just as much if not more. Does your partner hate doing the dishes? Do it for them! Or take a lesson from Tom Selleck and do one small thing a day to make your partner’s life a little better.

Jillie Mack has said that she and Tom never do anything without consulting each other first. This is because they strongly value communication with one another. They are the true definition of life partners. Jillie and her husband are going through life together as a team. No matter how busy they are, they set aside time to talk to each other face to face every single day (even when Tom Selleck is filming).

Communication is important in any relationship, but it can really make or break a marriage. To have a healthy and long-lasting relationship like Jillie Mack and her husband, you have to talk to your significant other. You have to talk to them as a partner, it should be the two of you together, facing whatever road bump you hit. It should not be the two of you against each other.

Unlike many other celebrity marriages which tend to be very rocky, these two really stand by one another. They have said that while the initial honeymoon phase of a relationship fades for everyone, they have entered a new and more satisfying phase of their love. By doing the little things for one another and effectively communicating, Jillie Mack and Tom Selleck have managed to have a beautiful and healthy marriage.

Why Is Everybody Talking About Mindful Sex?
Know Everything about Robert Ellis Silberstein and His Marriage to Diana Ross
How to Survive Infidelity in a Fresh Marriage?
Madeline Zima: 5 fun facts about this Spectacular Actress
Olivia Korenberg: The Beautiful Wife of Seann William Scott