What Do the Viewers Think of Owain Yeoman’s American Accent? 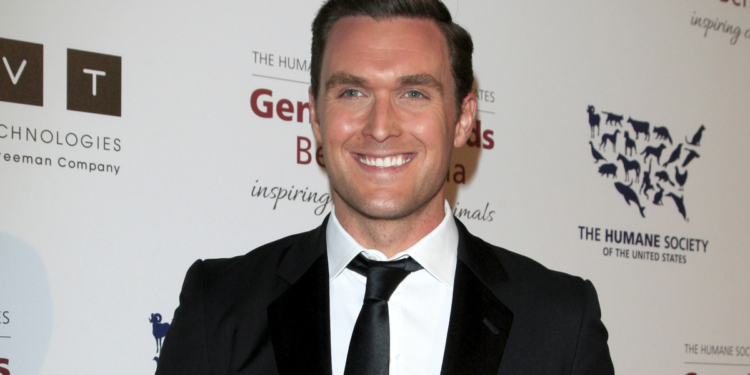 Owain Yeoman is a Welsh actor who has featured in many American films. When you hear him on TV, you wouldn’t even know he is not American!

Hollywood seems to be casting more and more non-native American actors into American character roles. This almost certainly means that the actors must switch from their original accents and adopt an American accent. One Hugh Lawrie, who had had to switch his British Accent for an American accent for his role on House, compared it to playing with your left hand when you are right-handed! Switching accents takes a lot of practice, and more work than one probably thinks. In most cases, you need to even work with a dialect coach just to get it right.

Who is Owain Yeoman?

Owain Yeoman is a Welsh actor born on 2nd July 1978 in Chepstow, Monmouthshire, Wales, to parents Michael and Hillary. He went to school at Wantage CofE primary school and later transferred to Wyedean School. Yeoman had a great interest in learning the English language from an early age and loved English Literature. He also participated in many school amateur dramatic productions.

Yeoman later attended Brasenose College, Oxford, where he graduated with an MA in English literature. He wanted to pursue further doctoral studies in the field but failed to secure a grant for his studies. He worked at a bank before enrolling to study arts at the Royal Academy of Dramatic Art.

He made his debut in the film industry with the Oscar-nominated film Troy playing the character of Lysander. He guest-starred in an episode of Midsomer Murders and has had a minor role in the film Beerfest. In 2008, he appeared in the HBO Miniseries Generation Kill, playing Sgt. Eric Kocher. He has also played a T-888 cyborg Terminator model in Terminator; The Sarah Connor Chronicles.

If you have watched The Mentalist, then you probably recognize Owain Yeoman in the long-standing character of Wayne Rigsby. He was part of the series for six good seasons and was great in his role before his untimely departure. He has also starred in Chrome Skull: Laid to rest.

Yeoman has had a minor role in American Sniper and has also had a role in the Tv series Washington’s Spies playing General Benedict Arnold. DC Comics fans can also recognize him as Vartox on Supergirl.

What does he think about Non-American Actors pretending to be American on TV?

Yeoman was once asked why he thinks so many Australian and English actors are pretending to be American on US TV – He laughed and replied as a joke that it’s because they were cheaper! That may not be so true, but admittedly, more non-American actors have played American roles, him included. He has noted that sometimes even the showrunners are not American on an American show!

What Viewers think about His American Accent

Not many British actors can effortlessly pull the American accent and vise versa – but not Owain Yeoman. One viewer has noted that if you did not know Owain was Welsh, you would most certainly think he was born somewhere in middle America!

Viewers appreciate a good accent imitation when they hear one, and everyone who has heard Owain speak agrees that he has done an outstanding job getting the American accent right. This may be attributed to his big interest in learning the English language from a very early age – he has an MA in English Literature, after all.

Even in some of the interviews he has done, fans don’t seem to think he is Welsh because he doesn’t sound like it. The fact that he is Welsh often comes as a surprise to most fans who saw him in so many American roles – with an accent as good as his, they often assume he is American.

Many fans may not know that he actually wanted to use his Welsh accent on the show ‘The Mentalist, ‘ but the producers felt explaining the character’s background would be too much work. He, however, welcomed the challenge to use an American accent; it wasn’t his first time after all.

See Also: Everything You Ever Wanted to Know About Taylor Misiak

Yeoman has said that it is a great compliment when most fans don’t realize he is not American. He has revealed that most are surprised to hear his Welsh accent, and when he wants to get away with being recognized, he simply says he is not the ‘American actor’ he is British!

Owain Yeoman got married to actress Lucy Davis in 2006 AT St. Paul’s Cathedral in London. The two were married for five years before divorcing in October 2011. In 2013, he again got married to jewelry designer Gigi Yallouz in Malibu, and together they have a beautiful daughter- Ever Belle.

Owain Yeoman has clearly made a name for himself in Hollywood and US television. It takes great craftsmanship to master an accent and deliver it well. He is hands-down one talented actor!

Is Bruce Greenwood Coming Back in Season 5 of the Resident?