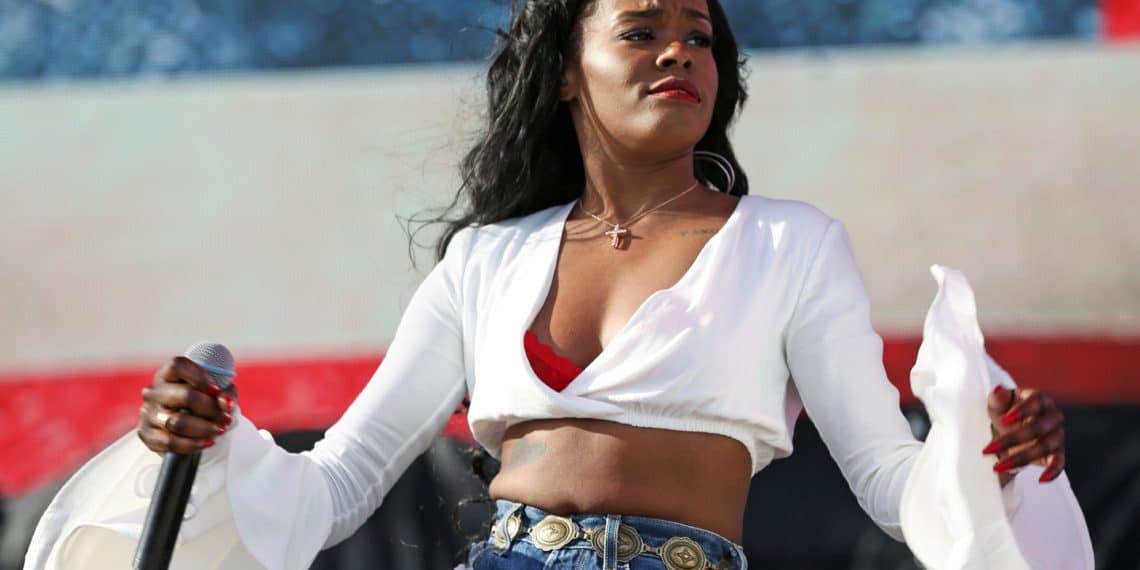 On April 16, 2018, Female Rapper Azealia Banks told fans on the media that a white Wall Street Guy sexually abused her. Ms. Banks said she knew the man prior to the event that took place. Banks believes that she was drugged with Gamma-Hydroxybutyric acid.

Azealia Amanda Banks, born May 31, 1991. Azealia is an American Rapper, Singer, Songwriter, and actress raised in Harlem. She was raised by her mother after her father died of pancreatic cancer when Azealia was two years old. Following her father’s death, her mother became extremely physical & verbally abusive.

By the age of 14 years of age, Banks decided to live with her oldest sister in efforts to fix her life. At a very young age, Banks considered herself to be multitalented interested in musical theater, dancing, acting & singing.

Azealia Banks was able to get her feet wet at the age 16 when she starred in a production of comedy-hour musical called “City of Angels,” where she was found by an agent who sent her on auditions for tv shows. Although she had no success in acting at the time banks was determined to move forward with her artistry. Banks began writing Rap & R&B songs as a creative outlet.

Banks did not finish high school, instead deciding to follow her dream of becoming a recording artist. Under a different name, Banks released her debut recording “Gimme a Chance” on November 9, 2008, along with other tracks that were self-produced to American DJ Diplo. Later that year, she signed a development deal with XL Recordings.

See Also: Cardi B Talks About Her Cheating Fiancé and Gives Advice to Khloé Kardashian

Conflicting ideas at XL lead her to drop the label, changing her name to Azealia Banks. After that, she moved to Montreal for a short time. When her visa expired, Banks returned to New York where she sold keychains at a Manhattan Jazz Club. She also danced at a Queens Strip Club to make ends meet.

In September 2011, Banks released her debut single “212” as a free download from her website, which was re-released officially December 6, 2011, as a lead single from her E.P 1991. The track attained success on European charts.