We all loved Jackson Rathbone as Jasper in Twilight. Read on to find out what the talented actor has been up to since the saga ended. 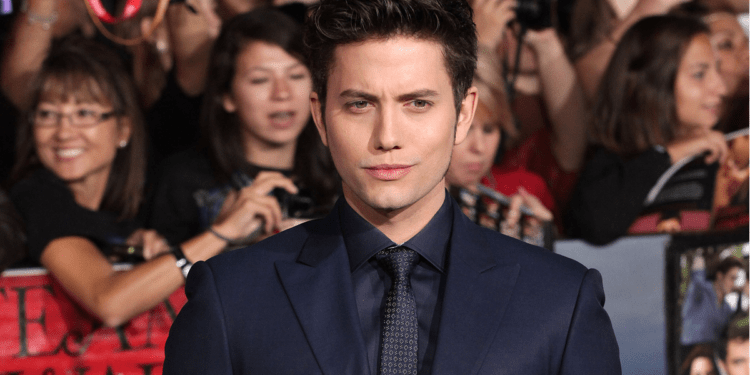 The Twilight saga is without a doubt one of the most famous film series of the past decade. It swept the entire world up into a frenzy, as audiences everywhere were debating whether they were Team Edward or Team Jacob. However, they missed out on the best character, Jasper Hale! Despite not being the main lead, Jackson Rathbone captured the audience’s hearts with his performance as one of the vampires.

The saga ended nearly nine years ago, but Rathbone has kept busy with his acting and music career.

Who Is Jackson Rathbone?

Jackson Rathbone is a 36-year-old American actor, singer, and musician. His full name is Monroe Jackson Rathbone V, and he is a descendant of General Stonewall Jackson of the Confederate Army and the Rathbone family from Liverpool. He has been active in Hollywood since 2005 but is most famous for his role in the Twilight film series that began in 2008 and ended in 2012.

His father’s side of the family was involved in the oil industry, with his great-grandfather the chairman of Exxon and his father, an engineer for Mobil Oil. Due to his father’s job, he was born in Singapore and lived all over the world. In secondary school, he moved to the U.S., where he attended Interlochen Arts Academy for his final two years.

He studied acting and participated in musical theater. He initially wanted to join the Royal Conservatoire of Scotland to pursue acting but was rejected. Instead, he moved out to Los Angeles to start his career.

Rathbone was featured in a few films and television shows before appearing in Twilight, the most notable ones being Beautiful People, The O.C., Big Stan, and River’s End. He amassed quite a number of titles during the four years of vampire films. He received exceptionally high praise for his performance in an episode of Criminal Minds.

His Life After Twilight

Jackson Rathbone is an avid musician and can play the guitar, bass, drums, keyboard, mandolin, trumpet, and harmonica. He even sings as well. He had performed in a funk band called 100 Monkeys, which he formed with some high school friends.

Together, they released three albums and completed a 100-city tour by 2010. He left the band, though, in 2013, shortly after the final Twilight installment.

He released his first single in 2016. In 2018, he released two more singles before his first E.P., American Spirit Blues, came out. His solo album blends folk and rock, telling the story of his life’s journey towards making music that resembles his true self. The album features songs with a classic American tune kind-of-feel, with banjos and harmonicas fettered throughout it.

Rathbone has also been working on other films and television shows since 2012. Rathbone starred in Heart, Baby! and even sang multiple songs for its original soundtrack. He also featured in episodes of White Collar, NTSF:SD: SUV, and Aim High.

Before the pandemic started, he was in the middle of filming a new movie, War Hunt, in Latvia. They only managed to shoot half the film before COVID-19 forced production to suspend it and return to the U.S. Rathbone has even set up his own production company, PatchMo Entertainment, and record company, Happy Jack Records.

In 2013, he married his longtime girlfriend, Sheila Hafsadi, and has three children with her. Their eldest son, Monroe Jackson Rathbone VI, was born in 2012. His godmother is Nikki Reed, who is Rathbone’s longtime friend and Twilight co-star. Their daughter, Presley Bowie, was born in 2016, and their youngest son, Felix Valleau, was born in 2019.

Jackson Rathbone is a board member for the nonprofit Little Kids Rock, which is a national organization dedicated to providing music education to disadvantaged public schools across the U.S. He participates in donations, auctions, and classroom visits. Music is vital to him, as is children’s education, so he has been an active member for many years.

He was also aboard the Jetblue flight in 2014 that had to make an emergency landing because one of its engines exploded. The plan made it back down safely, with only five or so passengers injured. Rathbone was on the flight with his wife and two-year-old son at the time. Luckily, his family was unhurt, and his son had a fun time going down the emergency slide.

Jackson Rathbone is a multi-talented man, capable of impressing just about anyone with his acting and musical skills. We can’t wait for the pandemic to be over so he can get back to filming his upcoming movie. Until then, we will just have to binge-watch his past films and television shows and put his album on repeat! You can check out his Instagram to get updates on his life during the lockdown and watch his videos to get a taste of his musical talents.