Everything about Taylor Misiak's life! 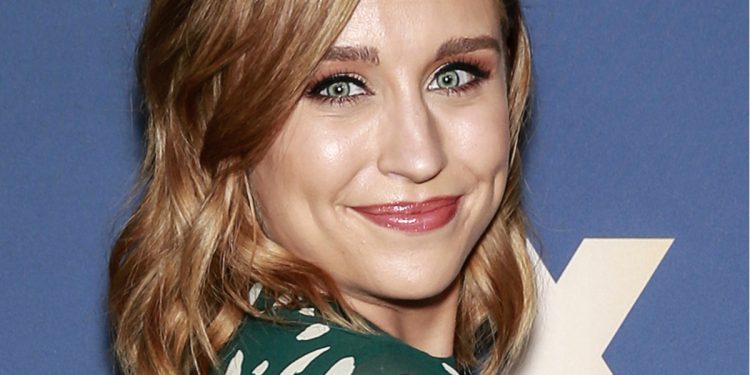 Born on February 17th, 1992, Taylor Misiak is an American actress of mixed ethnicity. She has embarked on her career with short films and some minor roles in television series. Her most famous part to date is the ‘Pillow Talking’ music video by Lil Dicky.

Beginning of the Star

Tayor Misiak was born in San Francisco, California, and forayed into acting at a young age. She has a brother called Darren Misiak. By the time she was in high school, she had bagged the Minnesota Scholar of Distinction title in Theatre Arts.

Her growing up years were spent in San Jose, California, and Apple Valley, Minnesota. Eventually, she moved to Los Angeles to pursue her calling more sincerely.

To support her acting career, Taylor Misiak also had to work as a waitress. While she did not lose sight of her Tinseltown dreams, she also pursued a Bachelors’s degree in Fine Arts from Ithaca College in New York. Besides being a member of the Screen Actors Guild Union, she attended some foundation and improvisation courses.

Having made her foray as a theatre actor at several festivals, Taylor Misiak was soon offered roles in short films and television series. She debuted in a short movie called ‘Girl.’ A couple of years later, she appeared in a single episode of ‘Social Media Misfits’ (2013) as Taylor. To her credit, she has the 49th most expensive music video ever made, where she was one of the leads. Yes, we’re referring to ‘Pillow Talking’ by Lil Dicky!

Reaching One Milestone After Another

2019 was a crucial year for Taylor Misiak as she was cast as a series regular in ‘Dave,’ a TV series, where she essayed Ally Warner’s role, Dave’s girlfriend. ‘Dave’ premiered on March 4th, 2020. In November 2019, she started her podcast with television writer Alyssa Litman, titled ‘Table Flipping with Alyssa and Taylor.’

Oodles of Good Looks Coupled With a Fit Body

With a height of 5ft 4 inches Taylor Misiak weighs 55kgs; Misiak is blessed with beautiful blue eyes and blonde hair. Being a fitness freak, no wonder she can flaunt a fabulous body, glimpses of which can often be seen in her Instagram posts. She also posts her modeling shots usually, which keeps her fans enthralled!

As of 2020, her net worth is estimated to be around $1 million (USD). Besides her acting career, she also makes good money through partnerships and advertisements from her sponsors.

SEE ALSO: What the Future Holds for Mercedes Kilmer?

Taylor Misiak is currently dating director and writer Tony Yacenda. They even share a pet called Fredo, a puppy of a mixed breed. The couple seldom post pictures of their dating life on social media and look quite adorable together. Though it’s uncertain when the couple started dating, it’s quite clear how happy they are together!

If you delve a little deeper into their lives, you would see they often go traveling and also love acting goofy with each other. In December 2019, they went for a vacation to Havana, Cuba, during the holiday season. Misiak even shared beautiful photos of herself and her beau from the trip.

The Most Significant Projects as an Actor

2015 saw Taylor Misiak making an appearance for a single episode in ‘About a Boy’ as Co-Ed, followed by Hannah in ‘Laura’ and ‘2015’. In the subsequent years, Misiak was part of a romantic musical comedy ‘Crazy Ex-Girlfriend’ (2016), ‘NTS along with Orient USA: The Bambino’ (2017), and the short film ‘Pause’ (2017). She also got popular for her recurring role as Zoe for eight episodes in the comedy series ‘We Are CVNTS’ (2018). The same year also marked her appearance in a couple of episodes, each in the mockumentary ‘American Vandal’ (2018) and American comedy ‘I Feel Bad (2018). ‘

7 Inspiring Foot Tattoos That Will Shock and Awe

The WAP Controversy Is A Double Standard

How Old Is Lizzo? and Other Question We Have About Her