How Many Episodes of CSI Has Marg Helgenberger Appeared In?

Do you love Marg Helgenberger as Catherine Willows on CSI, then check out this article for more information about how many episodes starred the actress. 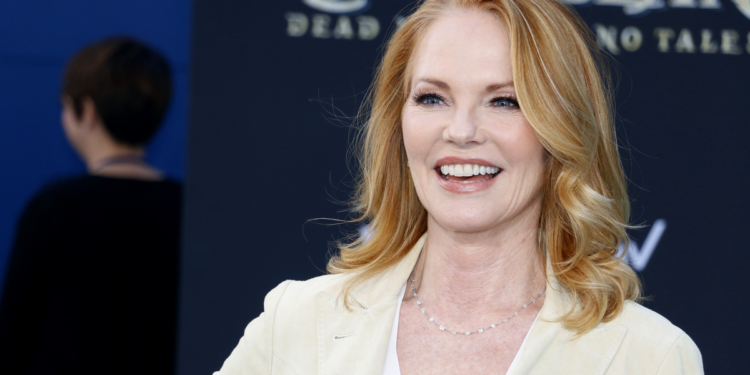 A cultural phenomenon and television powerhouse during its run, the crime series CSI defined drama programming for a generation of viewers. A whos who of major Hollywood stardom were part of the series and its many spinoffs, creating some of the most iconic characters in television history. Few characters were as memorable as Catherine Willows, who was played by actress Marg Helgenberger. But just how many episodes of the hit show did Helgenberger star in? Keep reading below to find out the answer and to get reacquainted with CSI!

Created by Anthony E. Zuiker, CSI would premier on CBS in October of 2000, airing after the drama series The Fugitive. The series followed crime scene investigators in Las Vegas, Nevada, as they worked to piece together forensic information left behind from murders and other crimes.

CSI would continue its strong ratings run for a full 15-seasons. The show would come to a close with Immortality, a two-hour made-for-television movie. The series’ fitting final aired in September 2015.

Further proving its cultural significance reached deeper than television, the original CSI would become the basis for several novels, comic books, and nearly ten video games across several platforms! The franchise is available in over 200-territories around the globe and has been viewed by over 2 billion people.

Along with actress Marg Helgenberger, CSI has starred some of Hollywood’s top actors and actresses. Cheers, look it up kids, legend Ted Danson, George Eads, Elisabeth Shue, Jorja Fox, the great Laurence Fishburne, and William Petersen, who played the show’s original supervising CSI agent Gil Grissom, all had starring and leading stints on the series.

A Closer Look at Marg Helgenberger

The CSI star was born Mary Margaret Helgenberger in Fremont, Nebraska, on November 16, 1958. As a young girl, Marg Helgenberger grew up in the small Nebraskan town of North Bend. The actress has two siblings, a younger brother Curt and an older sister Ann.

After high school, Helgenberger attended college at Kearney State College, now known as The University of Nebraska at Kearney, in Kearney, Nebraska. From there, she would go on to receive a B.S. degree from Northwestern University’s School of Communication in speech and drama. During summers and time away from school, the future actress would work in a meatpacking plant with her father and as weather girl Margi McCarty on a local news station.

While acting in a college play of the classic, A Streetcar Named Desire, Marg Helgenberger would begin feeling the fever for acting. Later while at Northwestern University, Helgenberger, who was performing a role in Shakespeare’s Taming of the Shrew, would catch the eye of an acting scout for the ABC soap opera drama Ryan’s Hope.

Helgenberger would begin her acting career on Ryan’s Hope as Siobhan Ryan. She would remain on the show from 1982 till she left to pursue other acting opportunities in 1986. The 80s would see Marg Helgenberger appear in several popular series; Spenser For Hire, Matlock, Shell Game, and thirtysomething.

In 1988 she would play the role of K.C. Koloski on the ABC drama China Beach. The actress would win her first Emmy Award, Outstanding Supporting Actress in a Drama Series, for the role. Later television roles would include CSI, Intelligence, the television adaptations of the Stephen King novels Tommyknockers and Under the Dome, and on the hit NBC series ER as a love interest to George Clooney.

She would make the move to the big screen in 1989 with the horror anthology movie After Midnight. From there, her career only got busier. She would appear alongside Holly Hunter, John Goodman, and Richard Dreyfuss in the comedy-drama Always; she worked with Woody Harrelson in the film The Cowboy Way and was in the Will Smith and Martin Lawrence action movie Bad Boys. Throughout her busy career, the actress can be seen in a host of other television and film projects.

Marg Helgenberger is arguably best known for her work as Catherine Willows on CSI. The actress would appear in 264-episodes of the show from 2000 to 2013 and again during the series final in 2015. During her time on the hit show, Helgenberger would win another two Emmy Awards and receive two Golden Globe nominations.

From humble beginnings at her father’s meatpacking plant, Marg Helgenberger worked her way to becoming one of the most prolific and successful actresses in Hollywood. CSI wasn’t her first taste at success and based on her fantastic career, it won’t be her last either! Although we look forward to what Helgenberger does next, part of us will always see her as the iconic Catherine Willows!

Everything You Need to Know About Cinnpie's Sexual Abuse Allegations