Everything You Need to Know About Cinnpie’s Sexual Abuse Allegations

If you're not up to speed on who Cinnpie is and the troubling allegations surrounding her, check out this article for more information. 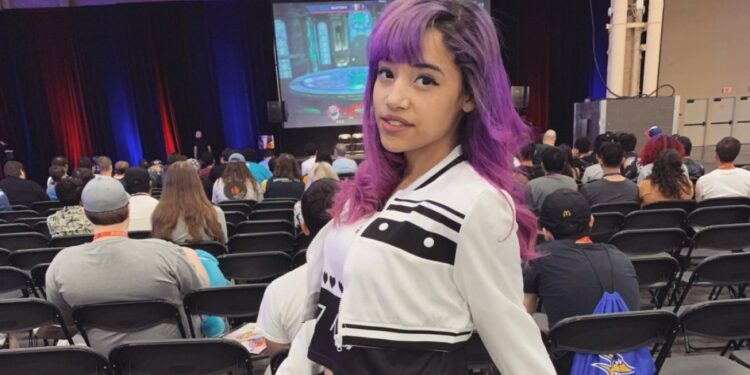 Things have come a long way since the days of being tethered to a video game console by a short cord on a control. Back then, the biggest controversies in competitive gaming involved the person you were playing against, who was also sitting beside you on the couch, sneaking a peek at your controller while you picked plays on Tecmo Bowl. Today, gaming and the professional Esports scene have grown to an over $2 billion worldwide industry. With that much money, controversy is sure to follow. And controversy is something Cinnpie has found herself in big time!

Not up to speed on who Cinnpie is and the troubling allegations surrounding her? Keep reading to find out more!

Cinnpie seemed to be living out every gamers’ dream. Money and fame from simply playing video games! She would become engaged to fellow Smash Ultimate player Chris Boston, or better known as WaDi in gaming circles, in December of 2017.

If this was a video game, this is the point where the difficulty would have been turned up on Cinnpie. Her relationship would come to an end with WaDi, and more disturbing were the reports and allegations of sexual misconduct in 2016 with another fellow Smash Ultimate player Puppeh, Troy Wells.

Wells alleges that during the summer of 2016, he and Cinnpie were involved in a sexual relationship. The young gamer, who was 14 at the time, claims the then 24-year-old Cinnpie, who went by Cinnamon at the time, used, manipulated, and sexualized him.

The pair became friends carpooling and traveling together to various Smash Bros. tournaments. Wells claims things began to progress from friendship to sexual shortly before that summer began.

Wells has stated that Cinnpie began to initiate sexual conversations via DM on Facebook and Snapchat. He claims he did respond to her sexual messages, not knowing if anything would indeed happen between the two. Eventually, after a tournament one night, Wells says things finally became physical.

According to Wells’ account, he, Cinnpie, and the rest of their friends they traveled with would find themselves playing video games at their hotel. He has said drinking was a common occurrence, but of course, his being underage never partook. Later that evening, Wells said he ran out of the room being silly and celebrating something he had done on a game. Cinnpie ended up following him out of the room.

This was when the first physical contact occurred. Cinnpie allegedly tackled the young gamer to the ground and spent the next half-minute making out with him. Afterward, the pair returned to the room and resumed playing games with the others.

Wells says the advancements and contact were not unwanted and that they continued to be close for the rest of the summer. The pair continued to travel together and would spend most trips sleeping together in the same bed. Allegedly the pair would spend this time kissing and cuddling. Full-on sexual contact advanced to oral sex but never to intercourse, according to Wells.

Wells says that the events of that summer have left him emotionally scarred and that he has suffered and struggled to process what happened and the emotions attached to it.

He says making the events of that summer public now is not meant as a way to seek revenge or attack Cinnpie, but instead as a way to heal.

“I could write for hours about my countless experiences during that summer, but that would make this insanely long. My reason for writing this is so I can hopefully be at peace with my experiences finally. I’m so tired of having to be silent for years and years now, and I’m tired of hurting over it. I’m not looking for revenge or anything like I would’ve been back then when I was petty and immature. I am writing this in hopes to simply just be at peace with myself and move on from this period of my life.”

Cinnpie has recently spoken out about the allegations and denied the claims. Lawyers retained by her have released a public cease and desist on claims that “attack her moral character and accuse her of illicit criminal behavior.”

If the events of summer 2016 happened the way Troy Wells claims, then the young Cinnpie deserves far greater punishment than she has received. For too long in America, women have not been held to the same standard as men when found guilty of abusing a minor. Whether the act is consensual or not, the physiological damage done to the child can take years to repair, if ever. Lady justice needs to put her blindfold back on and treat convicted pedophiles, men, and women, equally!

The Ultimate Buying Guide to Glass Cleaner for Showers