We all love Shannon Woodward in Raising Hope, but here are our top reasons that will make you want to re-watch every episode. 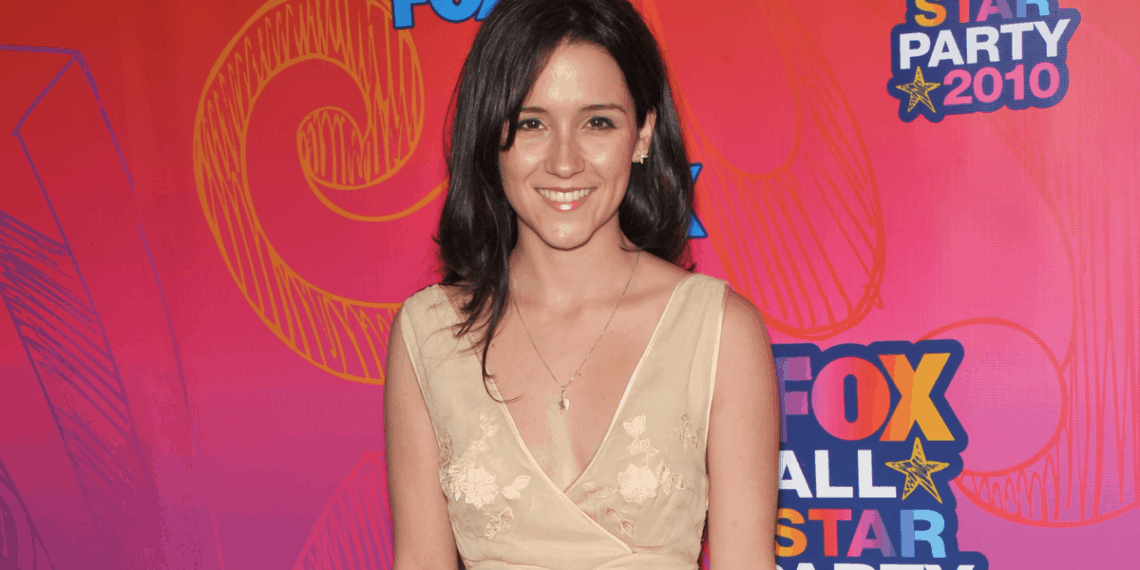 People who love to watch American television series are quite familiar with Shannon Woodward’s name and fame. She is an acclaimed actress that has acted in movies, drama series, and music videos as well.

Woodward was born on December 17, 1984, in Phoenix Arizona. She started acting in her school’s theater, and eventually a Nickelodeon casting director offered her a role in Clarissa Explains It All. Since 1991, Woodward has acted in numerous television series and movies.

She has been featured in movies like Man of the House, The Breakup Girl and The Haunting of Molly Hartley. But some of our favorite super-hit television series Shannon Woodward was cast include The Riches and Raising Hope.

A sitcom is a short form of situational comedy that is based on witty one-liners and comebacks, and Raising Hope is the perfect must-watch for people who enjoy a comedy-drama series. The show takes place in the fictional town of Natesville. It is a story about a highly disorganized and dysfunctional family, a young dad Jimmy and his daughter.

Shannon Woodward plays the lead role as Sabrina. She is Jimmy’s co-worker who eventually gets married to him.

Here are a few more reasons on why you should watch Shannon Woodward’s Raising Hope.

Sabrina’s role is quite unorthodox. She is sarcastic and witty. She says what she feels like and lives life unapologetically. You will thoroughly enjoy the episodes with Sabrina as her character is very likable.

She spits very good one-liners that will make you laugh and enjoy. She enjoys banter with the main lead, Jimmy, and develops feelings for him.

Not Your Average Girl-Next-Door

You would be surprised how fast you will fall in love with her character once you start watching Raising Hope.

Even though Sabrina’s character has some unconventional characteristics, still her character is completely relatable. She works as a cashier in a local mart, living her mundane life until Jimmy Chance comes into her life.

She continues to avoid him and suppress her feelings for him, but eventually gives in and accepts him and his daughter.

Shannon Woodward’s character Sabrina is lovable and understanding. She accepts Jimmy and her family whole-heartedly despite their flaws and shortcomings. She loves Hope and eventually goes on to be her official adoptive mother.

She tries to understand the Chance family and love them the way they are. Even though her character can get a bit sardonic at times, she generally is a good person to be around. You will love her character’s sarcastic remarks and comebacks and look forward to her appearance on screens.

She Can Take The Heat

Sabrina is a girl that is independent and can take a stand for herself. She left her wealthy family for her principles and lives life on her conditions. She is unapologetically herself and does not hide her flaws. She accepts her phobias and has worked out a system to live with them.

On multiple occasions, other characters are shown to make fun of Sabrina but she takes it well and proves to be a good sport about it.

If you are a petite girl with somewhat short height, Woodward’s character is what you should take inspiration from. She dresses beautifully in the drama series. Her fashion aesthetic is fun and comfortable dressing. Some of the flashback in the series can transform Woodward’s character completely and come off as a bit of a shock.

She Has A Big Heart

Loving someone despite their shortcomings and flaws and accepting them with an open heart is surely a big deal. Woodward’s character in Raising Hope indeed has a big heart that has ample love for everybody. She loves jimmy, she loves his daughter. She also comes around loving Jimmy’s parents.

You will have a great time watching this series and eventually fall in love with every character.

Raising Hope is a family drama series that you can watch with kids and elders. Every age group will enjoy this drama as it has quite a diverse cast. This drama series continues for 4 seasons and ends on quite a happy note leaving viewers satisfied.

Shannon Woodward’s character is not as prominent in early episodes, but before long she takes on a more leading role once her relationship with Jimmy gets official.