You may know him as a famous actor, but Sam Waterston is also a humanitarian that supports many non-profits and helps those battling with stuttering. 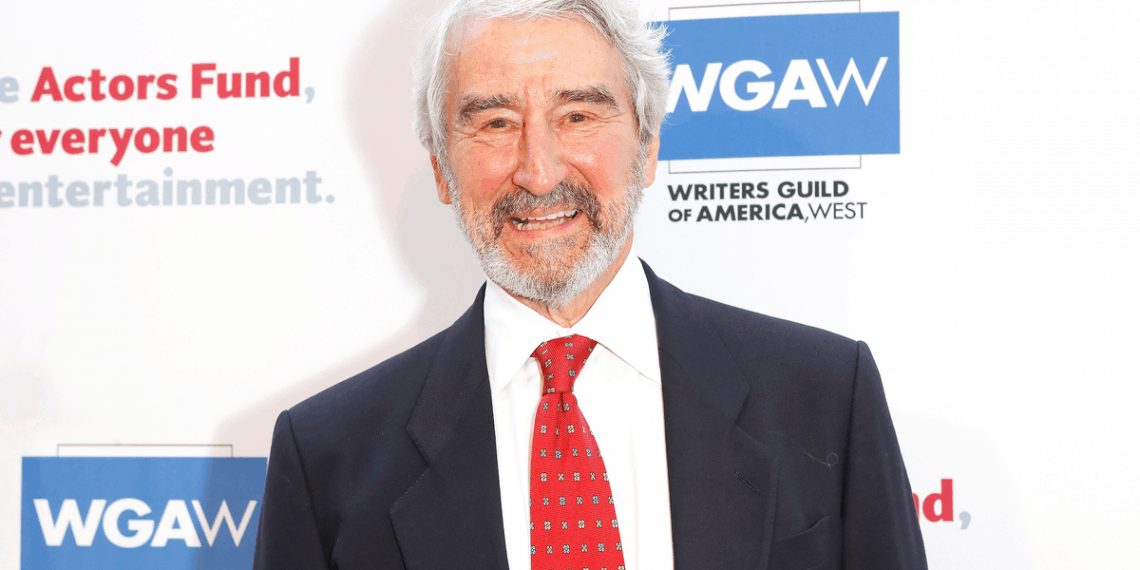 Many famous actors and musicians are often chosen as spokespersons or leaders of various nonprofit organizations to raise awareness and fundraise for important causes. People find it important and necessary that celebrities use their platform and visibility to speak out and educate the public whenever they can and often get angry when their favorites remain silent. Sam Waterston has never needed someone to tell him to be more vocal–he is an avid humanitarian and consistently fights against civil rights, environmental, and health issues.

Sam Waterston is a beloved American actor and director who has been heavily active in theater, television, and film throughout his life. He first debuted in 1962 and is still involved in the industry today. At 80-years-old, he is one of America’s most prolific and talented actors.

His career has amassed a long list of appearances, roles, and award nominations. He has worked alongside famous stars like Meryl Streep, James Woods, Robert Redford, Katharine Hepburn.

Waterston has starred in so many theater productions, such as Hamlet in 1975, Measure for Measure in 1977, and Abe Lincoln in Illinois in 1993. For his portrayal as Abraham Lincoln, he received three award nominations, including a Tony. His filmography is filled with such a vast array of famous movies and television shows across the decades. Because of this, anyone can recognize his face, despite their age and movie genre preference.

Waterston worked on Law & Order for fourteen years until its final season in 2010. His latest film was On the Basis of Sex in 2018. He is currently starring on the Netflix television series Grace and Frankie with top-name actors like Jane Fonda and Martin Sheen.

His most famous television work is his role in Law & Order. He debuted as an attorney in its fifth season. His portrayal earned both Golden Globes and Emmy award nominations. He also won the Screen Actors Guild Award for an Outstanding Performance in a Drama Series for his part in the show.

Sam Waterston received his star on the Hollywood Walk of Fame in 2010. He was inducted into the American Theatre Hall of Fame in 2012. He also received the Goodermote Humanitarian Award in 2012 for his work in supporting and protecting refugees.

The actor actively participates in various organizations to fight for civil and environmental rights. He was even arrested in 2019 with Jane Fonda when they protested outside the U.S. Capitol for climate change.

Waterston has always been a huge proponent of charity and nonprofits. He consistently donates his time and money to projects like Oceana, Meals on Wheels, and Refugees International, many of which he is a board member of.

Stuttering is a speech disorder where the individual has trouble speaking in flowing sentences. The speaker will stammer and repeat sounds, syllables, or whole words as they try to say their piece. They know what they want to say; they just have a hard time saying particular words. It is typically linked to brain injuries and disorders or even emotional distress. There is no cure for stuttering, but individuals can work with speech therapists to increase their fluency.

There is a public stigma surrounding those who stutter, categorizing them as non-assertive or unintelligent. They have a negative social identity as people believe it is a mental illness that they would not want to have. This leads to prejudices and biases, affecting both the public and stutterers. Despite such overwhelming negativity, some incredibly famous people struggle with stuttering, like Joe Biden and Emily Blunt.

The actor himself does not stutter, but he has been involved with the American Institute for Stuttering (AIS) for over ten years. The organization works toward lifting the stigma of stuttering and funding research to learn more about the condition. Waterston has participated in many annual benefits and events for this cause, even acting as the emcee.

He works alongside prominent figures, many of whom struggled with stuttering while growing up. They are board members for the nonprofit. It is the only one in the United States dedicated to the research, treatment, family counseling, and clinical training for stuttering. Waterston participates in their galas and auctions to raise both money and awareness. He calls himself a “caring ally” for the courageous individuals brave enough to overcome their stuttering.

Sam Waterston has been active in the film industry for over fifty years now and has striven always to use his fame and wealth to help others. He fights for many causes but is most vocal and determined in supporting individuals in their battle against stuttering. Unfortunately, the pandemic stopped many events, but we are eager to see Waterston’s next projects!