What your favorite Big Bang Theory character is up to these days. 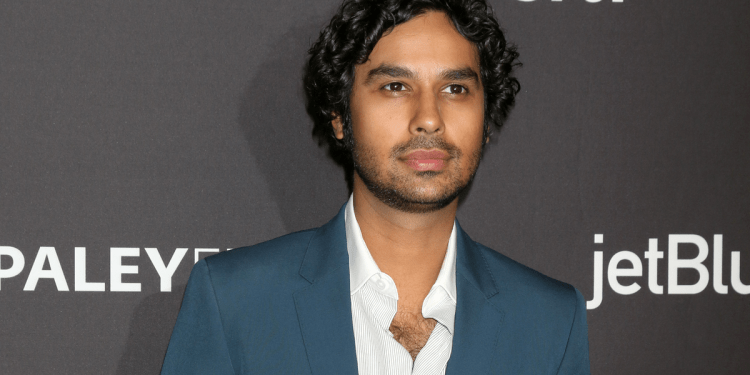 We all remember the hilarious role Kunal Nayyar played in The Big Bang Theory as Raj, and honestly, he’s a hilarious fan-favorite! CBS’s most popular show aired 300 episodes in 12 seasons, and every character made this beloved sitcom memorable!

Every single season was a hit, and the actors bagged millions per episode. But everything comes to an end, and so did the series in 2019 which left the audience a little heart-broken.

Now that The Big Bang Theory has run its course of time, the cast is looking for other projects they can work on. This sitcom’s cast was hard to forget because of the distinct characters they played, especially Kunal Nayyar, the astrophysicists!

If you are wondering where your favorite character is now like us, and you are curious to know what he is up to nowadays, we got some news for you! Read on to get all the details you might be looking forward to!

Who is Kunal Nayyar

We know him as Raj Koothrappal from The Big Bang Theory, but few people actually know about Nayyar in real life. Born to an Indian immigrant family in West London, Kunal was a vivacious kid. At the age of 4, he shifted to New Delhi and attended the St. Columbus School.

In 1999, Nayyar moved to the United States, where he pursued an MBA degree, but his interest in acting took him to acting classes where he played many roles in ongoing dramas and theatre plays in his own university while pursuing his degree.

When Nayyar participated in the American College Theater Festival, it proved to be a turning point in his life and this was when he finally decided to take upon acting as his career. His interest took him to Temple University in Philadelphia. He worked hard to enhance his acting skills and graduated with a Master of Fine Arts degree in acting.

Nayyar started off as playing small parts in American television ads and also took up small roles on the London stage. Huck and Holden, a West Coast play, was when Nayyar actually caught the audience’s attention. He played the role of an exchange student, and he really got recognized for his distinct accent.

From there on, he appeared in CBS’s drama NCIS and even wrote a play called Cotton Candy that gathered positive reviews back in New Delhi. Nayyar’s agent encouraged him to audition for CBS’s upcoming project, The Big Bang Theory, and that’s how we know him today! He has also done voice-overs in Movies like Ice Age (2012) and Trolls.

Nayyar played an astrophysicist in the show who originated from India. His selective mutism around women and only speaking under alcohol’s influence got the audience rolling with laughter in such episodes. He is shown to have famine taste, but when he dates Lucy later in the show, it’s an incredible transition that the fans thoroughly enjoyed. In the end, he overcomes his selective mutism, but the show has so many aspects to it in each episode that it is impossible to cover in the scope of this article.

Now, let’s tell you where your favorite character is today!

What is Nayyar up to since the Big Bang Theory ended?

Once the show ended, the fans miserably missed it and all its characters too. In fact, most people want to know what happened to the characters after the sitcom ended in 2019.

Nayyar already had projects lined up, perhaps even before the sitcom ended. Kunal Nayyar IMDb lists 3 projects in varying stages of post-production, including Sweetness in the Belly, Trolls World Tour, and Think Like a Dog.

Besides this, he is all set to join a mega Apple TV+ thriller series that, by the way, is contrary to his character on The Big Bang Theory. This role will be a dramatic transformation for him, and you will get to see a different side of him. All grown up and matured!

In recent interviews, Nayyar has opened up about his panic attacks and anxiety and how he has been able to overcome it all with therapy. As of right now, he is trying to spend some time with his family.

Currently, Kunal Nayyar is not opting for any major roles after The Big Bang Theory; he prefers to spend more time with family and friends. However, rumors have it that he might have had a split from his wife, Neha Kapur. He is currently living in a beautiful villa in Los Angeles, so if you are a true fan and want even more information on how he is doing, you can always pop up and say hi! Nayyar’s role as Raj has our hearts, and we really hope to see him play a similar role in the future!

How Does Kristen Johnston Look In 2021?

How Jaimie Alexander Got Ready to Shoot Thor 4