A closer look at the talented actress 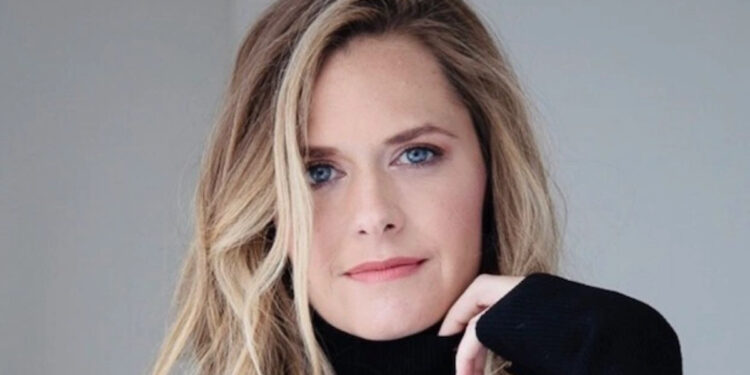 Maggie Lawson is an incredibly talented actress, though not necessarily a household name. She has been in tons of TV shows and movies. Whenever she is on screen she fully adapts to the character she is playing. This might explain why she is better known by her character names. So who is she? And what were a few of her best roles to date? Here is everything you need to know about Maggie Lawson and her most iconic roles.

Who is Maggie Lawson

Before diving into some of Maggie Lawson’s best work, it is important to know who she is as a person. Maggie was born in August of 1980. She was born in Louisville, Kentucky. She attended a Catholic all-girls school. Maggie Lawson was the middle child. She had one older brother and one younger brother. In her free time from acting, she enjoys singing and songwriting.

Not much is known about Maggie Lawson’s love life. She dated her co-star, James Roday Rodriguez, from 2006 to the early 2010s. In November of 2014, Maggie announced that she was engaged to Ben Koldyke. The two actors were married nine months later in August of 2015. They got married on his family’s ranch located in New Mexico. Ultimately, they got divorced two years later in 2017.

Maggie Lawson filed for this divorce. She has talked about it occasionally in interviews but mostly to just say that she does not like to talk about her personal life. This is totally fair, and in that spirit, it is time to talk about 3 of her best performances to date!

In 2002, Maggie Lawson played the iconic sleuthing character, Nancy Drew. This was in an episode of The Wonderful World of Disney. It originally was meant to be a pilot for a new weekly show. It did not get picked up, so it aired as a TV movie instead. Ultimately the movie would be nominated for a Prism Award. It was nominated for “Movie or Miniseries for Television”.

In this rendition of the teen detective, Maggie Lawson played Nancy Drew as she was heading to college. She and her friends are rushing into Greek life when the star football player unexpectedly falls into a coma. Nancy Drew, knowing there is more to the story, immediately investigates.

Maggie Lawson brings this character to life. She keeps the attitude that is known and loved when it comes to Nancy Drew. However, she puts her own unique spin on it. This would also be wonderful preparation for her role in Psych.

Her Role In Spivak

Spivak was a Netflix comedy movie that was released in 2018. Maggie Lawson was cast as one of the main characters in it very early on, and we are so happy she was. This movie explores the life of a male writer who feels like he is stuck in a rut. In an attempt to escape this feeling he tries to find meaning in life. This is where he meets Maggie Lawson’s character.

Maggie Lawson plays a woman named Jeanine. She and her soon-to-be husband are in Vegas looking for a last-night-of-freedom type fling. Maggie’s character has her eyes set on the main writer. Though she and her fiance decide against going through with this plan, they do take the lead character under their wings to help him find purpose again.

She is absolutely hilarious in this role as she and her fiance try to wing-man the lead. Her character, while not fully developed as it might be in a dramatic movie, is so interesting. Maggie Lawson plays this guilt-ridden but hilarious character perfectly.

Psych came out in 2006 and was an instant hit with audiences. People especially fell in love with Maggie Lawson’s character, Juliet “Jules” O’Hara. She was the main love interest in the show. Juliet O’Hara is a junior detective. She has a competitive nature, but Jules is overall very professional. Despite judging the lead character at first, she begins to have a sort of respect for him over the course of the show. The two characters eventually fall in love.

This is probably Maggie Lawson’s most well-known role, and it is easy to see why. She is so incredibly entertaining as this character. She has fantastic comedic timing despite being one of the more serious characters in the show.

Maggie Lawson can adapt to any role. She is very private about her personal life, but that does not stop her from putting every little bit of emotion into the characters she plays. Whether it is a teen looking for clues, a bachelorette in Vegas, or a by-the-books junior detective, she shines in any role she is cast in.

Is Eric Balfour One of The Most Overlooked Actors of Our Generation?
Sarah Ramos’ Journey From Being a Child Star to an Influencer
Jerry Trainor: 5 Things To Know About The Hilarious Actor
The Batman Actor Peter Sarsgaard Expressed his View on Superhero Movies
Binge-Worthy Shows to Get Your Netflix Fashion Fix

Kurtwood Smith: A look At 78 Years Of This Great Actor