New York Gal » How Does Kristen Johnston Look In 2021?

How Does Kristen Johnston Look In 2021?

From her career to her health, learn more about the life and recent news of comedic actress, Kristen Johnston, and what she looks like in 2021. 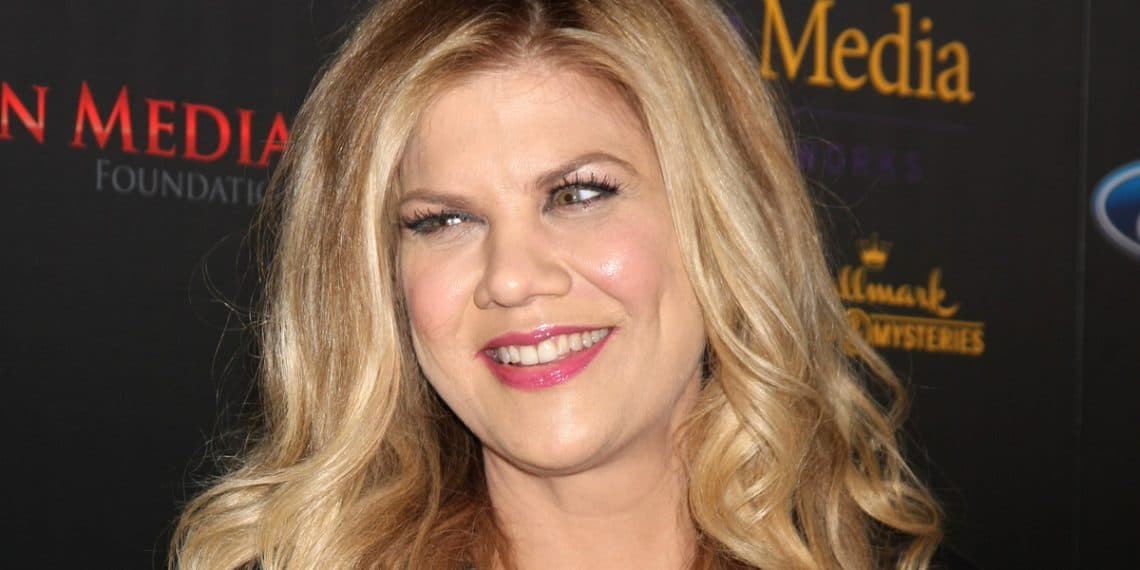 It feels like just yesterday it was 1998 and we were watching Kristen Johnston every week in 3rd Rock from the Sun. But what has she been doing and how does she look in 2021? Since playing the friendly neighborhood alien, she has continued to guest star in shows and stay on the edge of the public eye for over twenty years. The once-famous sitcom actress has continued a busy life, and here is how it’s shaped her through today.

Kristen’s Career in the Late 1990s

Kristen Angela Johnston was born in Washington D.C. in 1967. But she mostly grew up in Wisconsin where her father was a Republican state senator at the time. After high school, she moved on to complete a Bachelor of Fine Arts in drama at New York University.

Her professional debut came with the New York Atlantic Theater Company. However, she moved to on-screen acting in 1996 with the quirky TV series 3rd Rock from the Sun. She starred as Sally Solomon for 139 episodes and won two Primetime Emmy Awards. The show ended in 2001 and Kristen floated around, appearing in small roles, ever since.

Her Career Moving into the 2000s

After the new millennium began, Kristen was able to stay relevant with a slew of movie and TV appearances. She was cast in a live-action Flintstones movie, and she had a brief appearance on Sex and the City. The actress was also in a multi-episode run on ER and the comedic movie Austin Powers: The Spy Who Shagged Me.

Kristen began to decrease her workload in the mid-2000s. She didn’t pick back up until 2011 when she was one of the first to be cast in the 64-episode TV-series The Exes. Her role continued until the show was canceled in 2015.

Although Kristen had created a funny woman image for herself over the previous fifteen or so years, behind the scenes was a different story. It wasn’t made a public scandal like so many other celebrity alcohol abuse issues, but Kristen struggled with substance abuse and did so for many years while continuing to act. She was able to find help and recover, then found an organization called SLAM to help teens with abuse issues in New York. Although Kristen has been sober ever since she lost her younger sister to her own battle with addiction in August of 2020.

In January of 2013, Kristen Johnston finally opened up about her life story and journey to recovery in her New York Times Bestselling memoir Guts: The Endless Follies and Tiny Triumphs of a Great Disaster. The new label of “former addict” was suddenly tacked onto the public perception of her.

“It felt like I was speeding on the Autobahn toward hell, trapped inside a DeLorean with no brakes. And even if I could somehow stop, I’d still be screwed, because there’s no way I’d ever be able to figure out how to open those insane, cocaine-designed doors.”

Ten months after the release of her memoir, Guts, Kristen began to experience horrible and debilitating health issues. Through social media, the actress opened up to fans about her sudden inability to move or even hold her head up; all of the muscles in her body were so weak she had difficulty walking. At the time, Kristen was filming for her show The Exes, when she had to miss filming for a few episodes to receive treatment for Lupus Myelitis. This only came after months and months of doctor’s visits and many quizzical doctors before receiving the “rare autoimmune disorder” diagnosis.

Finding Solutions for her Health

Kristen was able to receive treatment and education about how to heal from the damage her disorder had recently inflicted and how to continue living with her diagnosis. She had to undergo neurological exams, regain strength in her muscles and limbs to feel comfortable walking again, and was forced to wear a neck brace to keep her head upright. Kristen’s role of Holly on The Exes was temporarily covered by a brief guest star role by Leah Remini until she was able to return. Today, Kristen continues to take medication to keep her condition in check.

What you can watch Kristen Johnston on Today

In 2013, the CBS sitcom Mom premiered with stars Anna Farris and Allison Janney. The story centered around the dysfunctional mother-daughter relationship between Christy (Farris) and her mother Bonnie (Janney). After they both spend years struggling with addiction, they reunite and resolve to attend Alcoholics Anonymous together. This is where they meet Tammy Diffendorf, Kristen Johnston’s character. While this started out as a guest role in 2018, Kristen quickly cemented herself as a main character in the Mom story and will continue to do so in the eighth season, with its finale scheduled to be January of 2021.

As Kristen continues her acting career and charitable work, she will be able to carry on as an addiction recovery advocate and chronic disorder survivor. While countless fans will never forget her role as Sally in the classic 3rd Rock from the Sun, we will surely see more of the hilarious Kristen Johnston.

Arepera Guacuco in Bushwick Has The Best Arepas in Brooklyn