How Jaimie Alexander Got Ready to Shoot Thor 4

Are you not so patiently waiting on Thor: Love and Thunder to come out? Find out all about Jaimie Alexander and how she is preparing for her role. 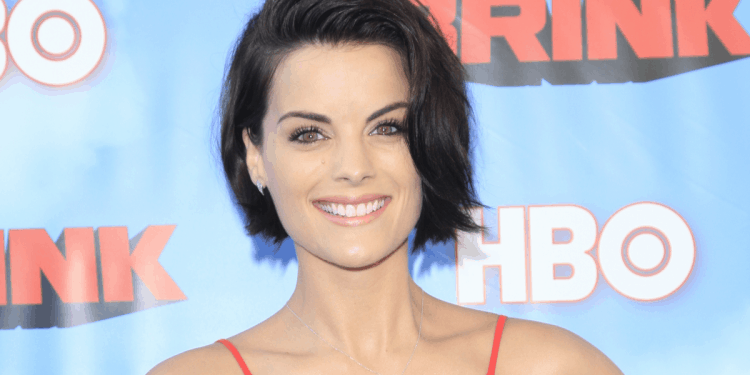 Thor, you hear it and you suddenly have a whole bunch of the cast flashing through your mind as Marvel characters. The amazing movie sequel Thor 4 or Thor: Love and Thunder, will be released on May 6th of 2022, but we have already seen the actors posting glimpses from the movie’s shooting. While the action is one thing fans are looking forward to, Jaimie Alexander is the main attraction right now! Sif’s return in Thor 4 has already gotten fans impatient, and they cannot wait to see her on-screen again.

However, Thor sequels are near to perfection, as you must have seen in the already released ones i.e. Thor (2011), Thor: The Dark World (2013), and Thor: Ragnarok (2017). Thor 4 which is in development has a star-studded cast and some real action coming up, but again, the actors are really putting in their blood and sweat in getting ready for it. We have already seen Chris Hemsworth’s diet and workout plans for the Thor sequels but the rest of the cast is also taking all the pains to look just like the character the audience is imagining!

You might be wondering how Jaimie Alexander got ready to shoot Thor because she recently posted a selfie of her flying to Sydney. This was a clear indication that she was going to shoot for Thor’s 4th sequel but being Lady Sif is a huge flex! So what has she been doing to look like she did in Thor: The Dark World (2013)? Let’s give you all the details you need to get in the loop!

Who is Jaimie Alexander?

Jaimie Alexander is an American actress born on March 12, 1984. She is well known for her subtle roles in sitcoms and movies. In school, Alexander took theater for fun, but little did she know, it would turn out to be a full-time career for her!

Her first movie, The Other Side was a success in 2003 and even won an award. She also appeared in Watch Over Me where she played the role of Caitlin Porter, a rather controversial character in the series.

Fast forward to 2007, Alexander starred in ABC’s family television show Kyle XY as someone with superpowers who struggles in the world. This generated a huge fan base for her and that’s also probably how she caught the attention of the director Kenneth Branagh who cast her as Lady Sif in Thor (2011) and reprised her role in the next sequel Thor: The Dark World.

The brunette has been nominated and won several awards but truly, her marvelous acting has won the hearts of millions!

How Jaimie Alexander Got Ready for Thor 4?

We know that January was the month Alexander started to shoot for Thor: Thunder and Love, but how has she been getting ready for it all? How did you get ready for it in such a short period? We got you all the nitty-gritty details you need!

Lady Sif, in the Marvel comics, is everything one can imagine! That fit body, the power the dominating personality, she is a goddess. Mimicking Marvel heroes is no easy job. Alexander has been training hard for the role! This included excessive gyming hours, and hardcore training sessions every day. Prison work-outs and a lot of sprints are just a few of her routine exercises and she has been putting in even more effort to depict the comic Lady Sif’s body.

We do know that Alexander keeps styling her hair differently. Before flying for the Thor 4 shoot, we can see in her Instagram post that she has streaks of gold in her hair, however, for the movie, as we have some sneak peeks, we see she has transformed into a total brunette! She looks absolutely stunning and this is a close mimic to Lady Sif from the Marvel comics.

Skydives and flying scenes are the biggest flex we have been watching throughout Thor movies. However, it is not as easy as it seems. Every now and then we see other cast members posting updates about Alexander in the background practicing to get the right angles vigorously. It takes a lot of courage to such risks but she seems to be doing it all with ease to please her audience!

You must have seen Lady Sif holding a silver shield, sword and wearing armor, which seems pretty heavy! It’s not just about holding these things together but using them perfectly in every scene. Sure, the audience loves all that action coming from Lady Sif, but Alexander has been spending days training to get a grip of the perfect handling! She has been training hardcore!

Jaimie Alexander is one of Thor’s most favorite characters and honestly, when she comes on screen, her fans just hold their breaths. The gorgeous actress is a true depiction and perfection, and we believe no one else could have played the role of Lady Sif better than her! We cannot wait to see her in the upcoming sequel Thor 4. We know she has been getting ready for it and training hard, so we are expecting something good our way.