Before 'Brangelina' existed, Angelina Jolie and Jonny Lee Miller's love story was a talk of the town. 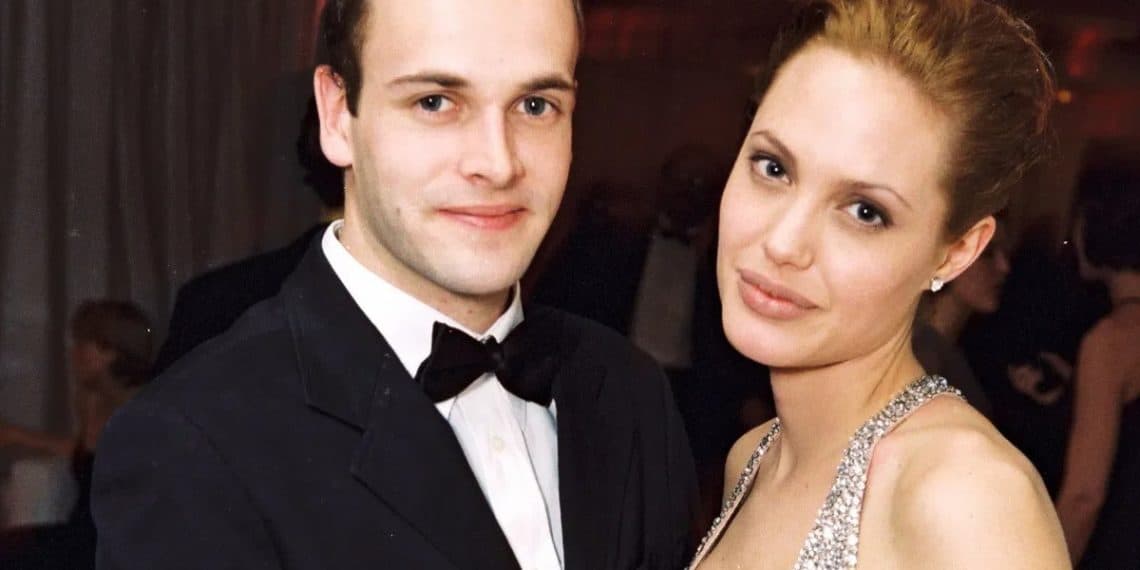 Angelina Jolie has always been in the news because of her estranged husband, Brad Pitt. Brangelina was at one time one of the world’s cutest couples, and they have been co-parenting their six kids. However, in the past couple of days, the actresses’ first husband, Jonny Lee Miller, has kept her in the headlines. What started as just a causal relationship, with no intentions of marrying each other, turned into marriage!

Here’s everything you need to know about the forgotten couple Jonny Lee Miller and Angelina Jolie!

They First Met on the Set of ‘Hackers’

The ‘Salt’ actress stated in an interview that she first met Jonny Lee Miller on the set of ‘Hackers.’ While shooting for the film, the couple started dating each other but preferred keeping their relationship secret from the other crew members. They decided to maintain a low profile and wrap it as the shoot would wrap up.

They Didn’t Intend To Get Married

Since Angelina Jolie and Jonny Lee Miller met on the sets of their 1995 film, they had decided to bid adieu to each other once the filming was over. The couple spent time together but kept their relationship a secret because they wanted to keep it casual and short. But, that did not happen. The two ended up marrying each other on March 23, 1996.

Angelina’s ‘No’ to Onset Romances

Angelina didn’t prefer having a romance on set. This is precisely why she was never involved with any of her co-stars, but this time was a bit different. In an interview, she said that she never indulged in an onset romance, but she had stopped caring.

When they were booked in some hotel for the shoot, they were kept in opposite rooms was on purpose. The producers do it if the movie characters need to link up romantically.

Six months after they met, Angelina Jolie and Jonny Lee Miller tied their knot at a private ceremony. The wedding was a very close-knit event, where the only attendees were Angie’s mom and one friend from Miller’s side. The outfit for their wedding was quite different and exciting too. ‘The Eternals’ star sported black rubber trousers and T-shirts which had Miller’s name on them with her blood.

When Their Love Was On Peak

After their wedding happened strangely, the rumors about their wild love started doing the rounds. With just a couple of years into marriage, the most talked-about thing was Jolie writing Miller’s name with her blood for embellishing their wedding T-shirts. Their wedding was the simplest wedding in Hollywood and still was the most talked about too.

First Marriage for Both

It was the very first wedding for both the stars. Angelina was 20, and Jonny Lee Miller was 22 when they got married. They both proposed to each other and had their questions to be asked. They were not sure if they wanted to stay engaged and see others for some time as Miller was traveling to Britain and was in LA. But the wedding was a quick affair.

Still Good Friends With Each Other

Angelina wrote Miller’s name on their wedding T-shirts with her blood because she wanted to make it unique. But, blood aside, the wedding seemed to be a good fit for both the actors on the rise. However, Angelina Jolie and Jonny Lee Miller ended up separating in 1999.

The two still share a warm friendship and a close bond. Both are often seen complimenting each other on social media. It seems the couple does not have any regrets or bitterness. The marriage didn’t work for them, but they are not regretful about it.